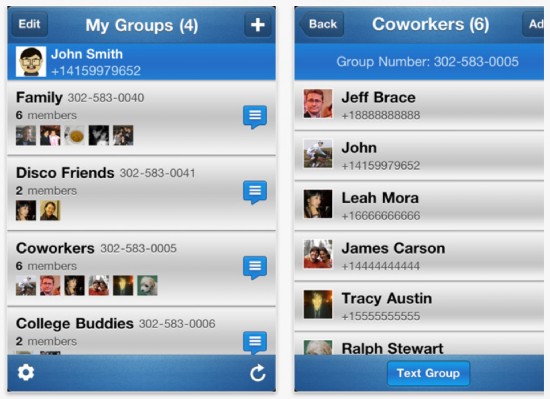 With all the new group-messaging products buzzing around lately it looks to be the next burgeoning field for tech developers and Google has just joined the fray with its new iPhone app Disco. Sort of.

The free app is actually made by Slide, which was bought by Google last summer and now operates more-or-less independently within the search giant. The fact that the app was launched for the iPhone, and not the Android, underlines the independence that Slide seems to be enjoying. Also, Disco is an island unto itself and doesn’t yet interoperate natively with other Google products.

Like other group messaging systems such as Beluga or GroupMe, Disco lets users organize contacts into groups which can be contacted quickly and easily by texting a single telephone number. This creates something like a chat room via text messages, with messages organized into a private text message conversation that encompasses many people. Interestingly, TechCrunch reports that the Disco app functions more as an organizational tool, with the actual messaging occurring through the iPhone’s built in SMS system. There’s also a Disco website that allows much of the same function as the app, but with real-time messaging.

When Facebook bought Beluga earlier this year, it seemed to add intensity to the growing, and still quite young, field of group messaging. Google’s, albeit vague, foray is sure to add even more interest — especially for those seeking a non-Facebook-associated option. Of course, if Beluga and Disco technology becomes a baked-in facet of their respective parent companies, then things will get really interesting.