Google+ Coming Up On 10 Million Accounts 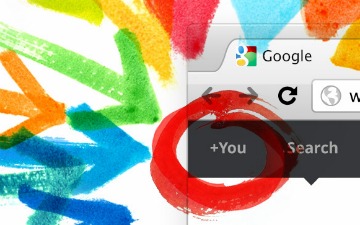 It looks like Google+ is about to hit 10 million accounts, with”looks like” being the operative words here. The statistics aren’t official but are rather the result of some interesting extrapolation on the part of Paul Allen of Ancestry.com. What Allen did was compare the popularity of surnames according to the U.S. census to the popularity of surnames on Google+ to figure out the percentage of the U.S. on Google+ and then applied some ratio (derived through magic, I assume) to extrapolate the non-U.S. user base ultimately coming to the number 9.5 million which, lets face it, is far more likely to be interesting than it is to be accurate. Take for example, the redditor who used Google+ statistics to extrapolate the gender split of the world. 6 billion men and somewhere between 800 and 800 million women, depending on who’s math you trust.

All these numbers, regardless of overall accuracy seem to be pointing to one conclusion: That Google+ is growing incredibly fast. Surprised? I’m not. The fact of the matter is that while they may be competing, Facebook has given Google+ (really all it’s competitors) a lot of help by making a social networking account an absolute necessity. It’s been years since I heard someone say “I don’t have a Facebook account” and by this point, everyone is pretty familiar with how the social networking scene works so opening up a new account with Google+ “just in case” isn’t that hard. Regardless of this boom, whether or not Google+ will have any staying power is completely up in the air. While the necessity of a social networking account is doubtless helping Google+ now, in order for it to really catch on, it will have to become necessity to have a Google+ account, which might be tough considering everybody already got their obligatory social networking account out of the way with Facebook.