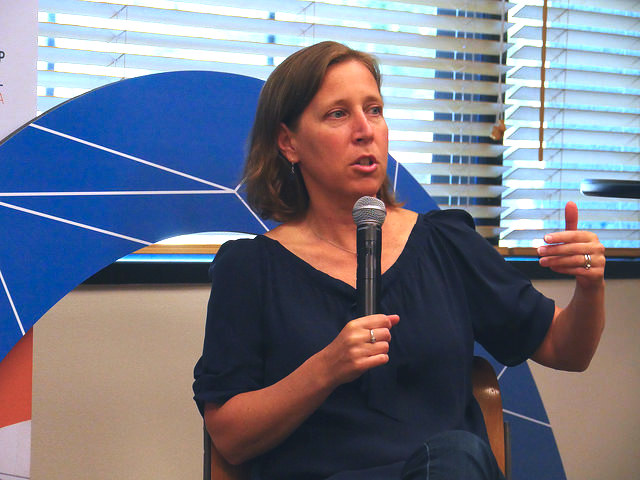 The story of a memo circulating within Google continues to unfold, with the author, James Damore, now filing a complaint over being fired and giving an interview to an anti-feminist, right-wing YouTuber (Stefan Molyneux) who’s said some eyebrow-raising things at a men’s rights conference about how women are to blame for men’s violence. You know, in case you were tempted to believe the articles going around about how the memo wasn’t thinly-veiled sexism in itself.

Now, YouTube CEO Susan Wojcicki has weighed in with her thoughts in a piece over on Fortune, wherein she explains the very real, not-at-all biologically-based sexism that women face in the tech industry—a problem that won’t be solved by dialing back actual work towards equality in the workplace in favor of techniques Damore’s memo asserted wouldn’t be as “discriminatory” against men.

Wojcicki’s comments sound all too familiar: “I’ve had my abilities and commitment to my job questioned. I’ve been left out of key industry events and social gatherings. I’ve had meetings with external leaders where they primarily addressed the more junior male colleagues. I’ve had my comments frequently interrupted and my ideas ignored until they were rephrased by men. No matter how often this all happened, it still hurt.” Damore’s memo paid lip service to the real problems of sexism in saying, “I value diversity and inclusion, am not denying that sexism exists, and don’t endorse using stereotypes,” but that was severely undercut by assertions made throughout the rest of the document about what’s truly holding women back and what kind of workplace diversity training is helpful.

Wojcicki also said that, as a result of the memo, she had to explain to her daughter that it’s not true that there are biological reasons women aren’t well represented in leadership positions in the tech industry. No matter Damore’s thin assurances about his intent, the memo read as one more piece of ammo in a barrage of women being told that the reason they’re not succeeding is their own fault rather than the lingering result of a long history of societal sexism that is ridiculous to ignore. As Wojcicki wrote, “I thought … how this was yet another discouraging signal to young women who aspire to study computer science.”

Unsurprisingly, she defended Damore’s firing, writing, “While people may have a right to express their beliefs in public, that does not mean companies cannot take action when women are subjected to comments that perpetuate negative stereotypes about them based on their gender. Every day, companies take action against employees who make unlawful statements about co-workers, or create hostile work environments.”