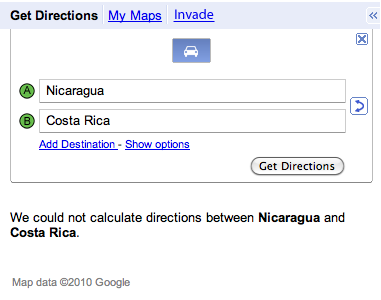 Search Engine Land points out that the border, which was incorrectly represented on Google Maps, was actually correctly drawn on Bing Maps. (Editor’s note: Bing is currently running advertising on Geekosystem.com.)