Google Play Scheduled An Event For Tonight: If There’s A Livestream, You Can Watch It Here [Updating]

Unless there isn't one, in which case... you can't. 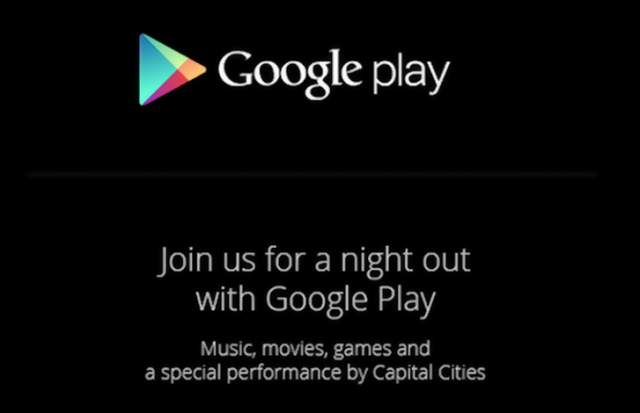 [Update – 7:12 PM] The event should be underway now, but according to Geek.com writer Russell Holly’s post over on this Reddit thread, all this online hubub might be over nothing:

Nothing is happening tonight. There will be no live stream, no press conference, nothing. No one is coming out on stage with a mystery device in their pocket, and no one that I know has been given a N5 or N10 for review yet. For your information, while we do occasionally get those before they are available for sale we do not get them before they are announced.

I didn’t break an NDA. The Google Play team didn’t think I would react the way I did when I got the invitation, and neglected to include some kind of note asking me not to share it. I caused that team a lot of headaches this past week as a result. It was a communication error, and I jumped the gun. End of story, I promise.

It’s been a long month, and we don’t have too much longer to wait if what I am hearing is true. I’m sorry I screwed up and got everyone’s hopes up, and I’m pissed that I have to apologize because I’m just as excited about this phone as everyone else, but please take my word for it. Nothing is going to happen tonight.

I know, I know. “Why book Capital Cities?”

To be honest, I don’t have the answer to that. Big companies hire bands for small events all the time, and usually it really is because reasons. The price was right, the band was available, and that’s all she wrote. It happens, and it isn’t indicative of anything.

So there you have it. We’ll keep our eyes out for a live stream juuuust in case, but it might be best not to get your hopes up. We’re disappointed too, believe us.

[Update – 7:02 PM]: Still no live stream that we can find, but as danycagiva in our comments section shows us, The Nexus 4 disappeared for a brief moment from the Play store: 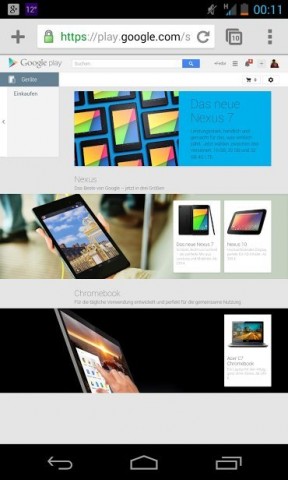 [Update – 6:07 PM]: Still no word on a possible live feed yet, but with an hour to go before the event, many Android users are reporting sudden problems with Google servers on their phone.

Uh oh, Google servers are down. Don’t be alarmed if you see sign-in errors on you Android device.

thanks for all your replies, Google/Android servers seem to be affected world wide. Interesting.

That’s got to mean something, right? Possible switchover to Kit Kat? Maybe just really awful timing on Google’s part? Who knows? We’ll keep looking into it.

[Update – 5:33PM] Several people have commented or contacted us asking for an update about when the stream will be available. Typically, the feed itself is not posted until shortly before the event, which is a little less than 90 minutes away. We’ll continue updating and post the stream here when it is made available.

We all know that Google loves to stream their live events through Youtube, so with their announced Google Play event coming up tonight, it’s possible that we’ll all get a chance to watch part of it live. If that happens, we’ll bring you the feed right here. But with all the talk of no new hardware, what’s going to even happen at this thing?

When press invitations for the event were originally sent out on the 18th last week, common consensus was that it might have something to do with the upcoming Nexus 5, which had already seen an early leak on Google Play. However, both Geek.com and the Android Police Twitter have reported that a reliable source has told them to expect no news of the Nexus tonight — or of hardware of any kind. All those speculative rumors about a Google smartwatch, Android 4.4, the Nexus 5 and the Nexus 10? Total bunk. And then Geek.com deleted their coverage of the event entirely for reasons unknown. So other than what’s posted on the invite (“Music, movies, games, and a special performance by Capital Cities”), we have no idea what to expect.

The event is scheduled for 7PM EDT here in New York City. We’ll keep you updated when we learn more about what Google might be planning.

(via Geek.com and Web Pro News, image via Google)