Frank Kameny and His Fight for Gay Civil Rights 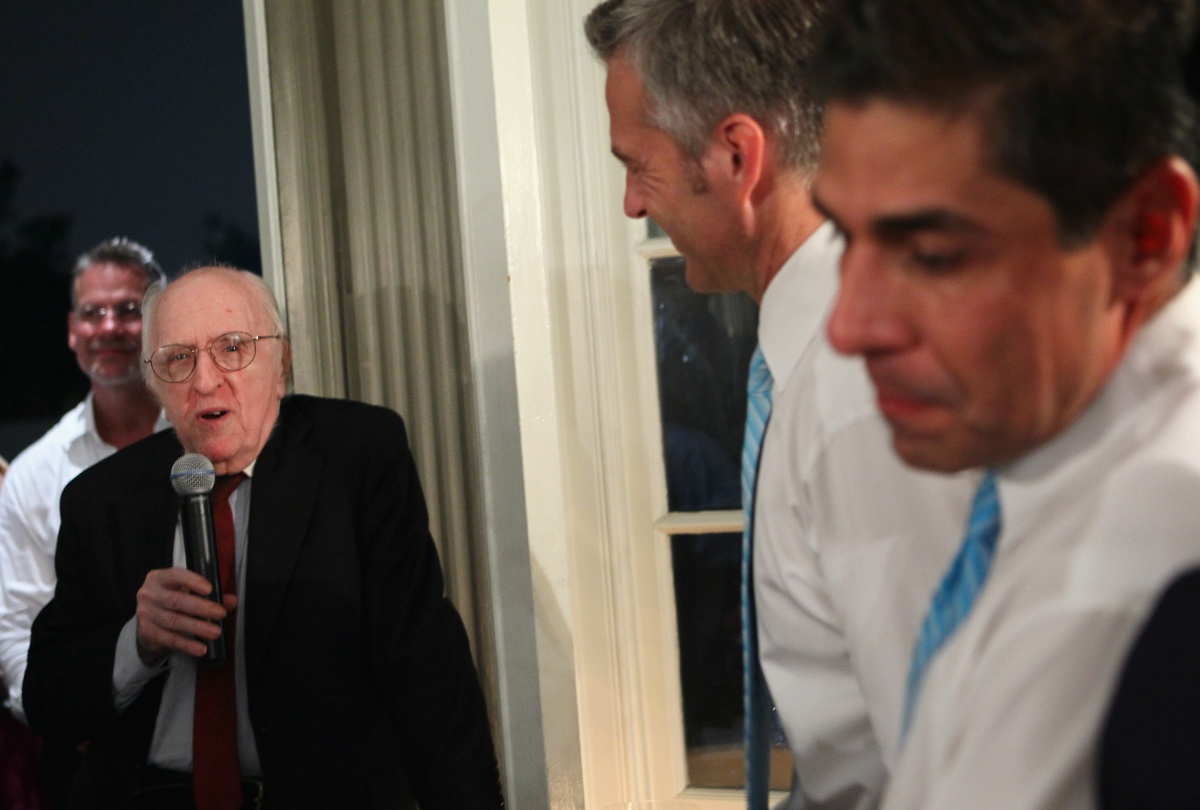 If you clicked on today’s Google Doodle and, after the raining of LGBTQ+ flags filled your screen, wondered who this particular man was, we are here to provide some information on Dr. Frank Kameny: astronomer and gay rights activist.

Born to Jewish parents in New York City, a young Kameny attended Queens College, City University of New York to learn physics when he was still a teenager. Eventually, he was drafted into World War II. Once the war ended, he earned a doctorate and then moved to D.C. to work as an astronomer.

Things would change when, during a trip, he was arrested by plainclothes police officers at a San Francisco bus terminal after being groped by a stranger. Homosexuality was illegal, but he was promised that his criminal record would be expunged after serving three years’ probation. In 1957, he was hired by the Army Map Service, but when the news and reason for his arrest was found out, he was asked to provide information regarding his sexual orientation. He refused and was fired. A year later, he was banned from future employment by the federal government.

This series of events would radicalize Kameny into the gay rights activist he grew into. During the ’60s, he argued to the U.S. Supreme Court that a federal policy calling homosexuals a security risk was “no less odious than discrimination based upon religious or racial grounds.” This was the first civil rights claim in a U.S. court based on sexual orientation. In October 1965, he and about 10 other men and women picketed in the first gay rights protest in front of the White House.

Kameny and other members of the Mattachine Society (a Marxist early national gay rights organization) protested and argued against the American Psychiatric Association’s labeling of homosexuality as a mental illness, something that remained on the books until the ’70s. Kameny worked to advise people who were denied roles in government and the military for being gay, as well as attempted to repeal anti-sodomy laws.

Eventually, he coined the slogan “Gay is Good” which was reminiscent of “Black is beautiful” in 1968. The Civil Rights Movement for Black rights very much inspired Kameny, although he did have some white gay problematic language around how he would frame the struggle for racial civil rights with gay rights that read as oppression Olympics language. Still, it was clear that Kameny saw the movement’s ideas, language, and momentum and applied it to the gay rights movement.

Kameny died in 2011 but left behind a powerful legacy because he spent his life fighting for equality and not compromising on what that meant. In June 2019, Kameny was one of the fifty American “pioneers, trailblazers, and heroes” inducted on the National LGBTQ Wall of Honor within the Stonewall National Monument in New York City’s Stonewall Inn.