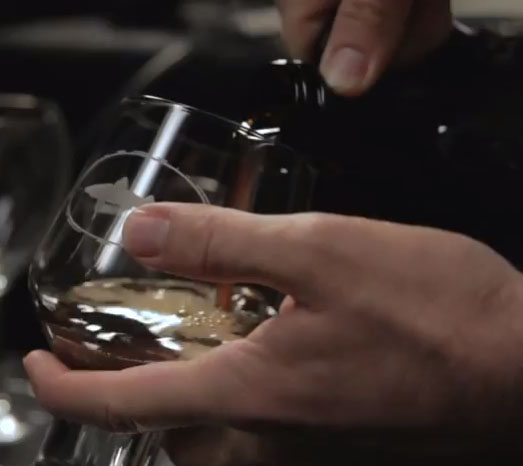 Google’s side projects have had some pretty interesting results, but few are likely to compare to the recent collaboration between the search giant and the beer geniuses at Dogifsh Head brewing company. Using Dogfish’s brewing know-how and a slew of Google tools to solicit ingredient recommendations, the two have produced a Belgian Dubbel beer called Urkontinent.

The final brew included some impressive ingredients sourced around the world: Wattleseed from Australia, toasted amaranth from South America, green rooibos from Africa, myrica gale from Europe, and Hive Plex Honey from Google’s own California beehives. Taken all together, the beer is described by Dogfish as being hearty, with notes of coffee and chocolate covered cherries. Also, it packs more than double the average alcohol content of average beer.

The beer went on tap at Dogfish’s brewpub, which is sort of a testbed for new beers produced by the company, on September 27 and will be served until supplies are exhausted. If it does well, it’s possible that the beer could be packaged and distributed across the country.

For it’s part, Google isn’t seeing any profit from this but an opportunity to have some fun making beer and showing off all the Google products that went into Urkontinent’s creation. Hopefully, their collective efforts will be a success so more people will have the chance to imbibe this intriguing beer.