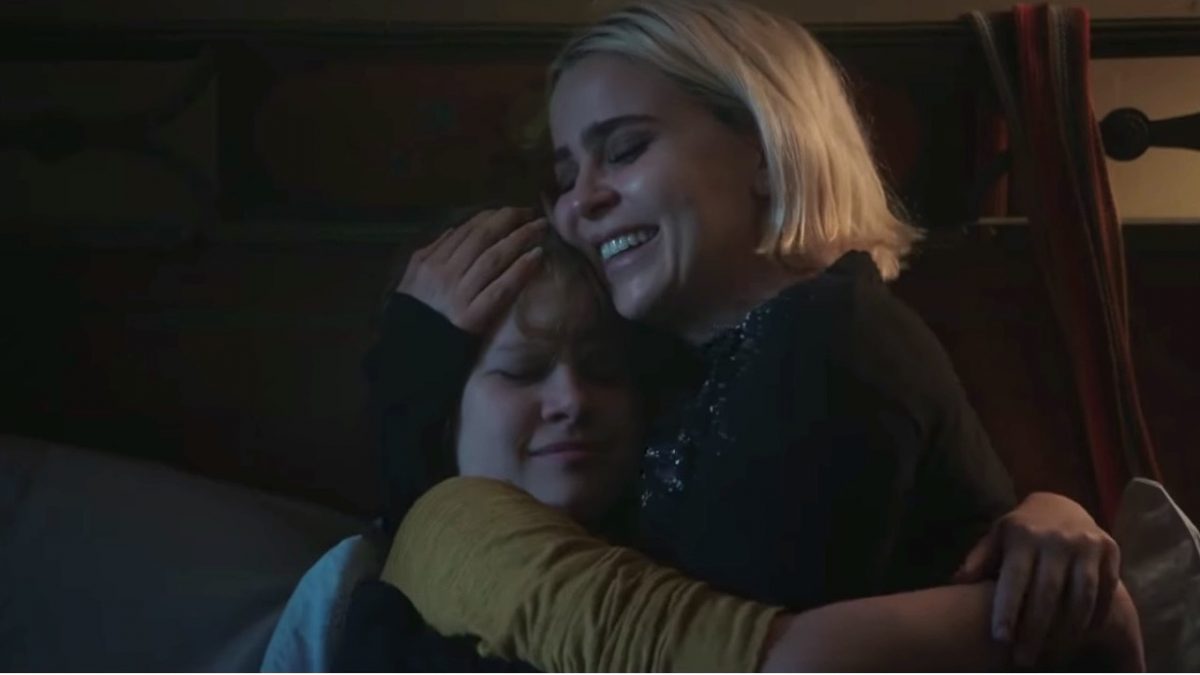 Over the course of Good Girls’ two seasons on NBC, the character of Sadie has quietly been having one of the best arcs on television.

Sadie, played by Isaiah Stannard, is the 11-year-old child of Mae Whitman’s Annie, one of three women who turn to armed robbery and laundering money when their lives as stay-at-home moms and minimum wage workers just aren’t cutting it. Until now, Sadie used female pronouns and hadn’t identified as non-binary or trans, though his exploration of his gender expression had been tacitly acknowledged. (Annie once described Sadie as “enjoy[ing] a janty bowtie” and Annie’s ex, Greg, wanted Sadie to go to therapy, though that seemed to be more about coping with bullying than changing Sadie in any way.)

But on the latest episode, Sadie (who hasn’t yet announced his new name) came out to his mother as transgender, and the scene is being hailed by LGBTQ media and advocacy groups as one of the best coming out scenes ever written.

In that scene, Sadie’s stepmother has just given birth, and Annie’s declaration of “It’s a boy” prompts him to reveal his truth: “So am I.”

What makes the scene so beautiful is not just Sadie’s courage and the trust and comfort he and his mother have between them, but Annie’s reaction to the news. The scene is brief and her acceptance is immediate and wholehearted. She responds with love and with humor, saying she “always wanted a boy” anyway.

“The scene, handled with such love, nonchalance, and humor, was one of the best depictions of a coming out seen on TV in recent memory,” writes @rosedommu. #GoodGirls https://t.co/EBAXPUFtBC

Excuse us, sobbing in the corner. 😭 https://t.co/QI5lvuu6gq

Stannard’s own story is really interesting as well. The character of Sadie was initially written as a cis boy named Ben. The show’s casting director reportedly asked its creator, Jenna Bans, if she’d be open to other types of actors and brought in Isaiah, who at the time was presenting as female and using she/her pronouns. By the time the show went to air, though, he had come out as trans.

“We realized we had a really great opportunity to tell a story about a character who was gender non-conforming, but at the same time not necessarily have that be what leads the story,” says Bans, who also did her due diligence and consulted GLAAD’s Adams. “What’s most important to the character and the story we’re telling between Sadie and Annie is really about the bond between Sadie and her mom. We liked the idea that the character of Sadie was exploring her gender [expression] in the show, but I think what we responded to more was that the Mae Whitman character just couldn’t care less.”

So not only did the show do justice to Sadie’s coming out, but there is a young trans character being played by a trans actor on network television. That’s truly groundbreaking.