Is Good Chicken Really More Important to You Than Homophobia? 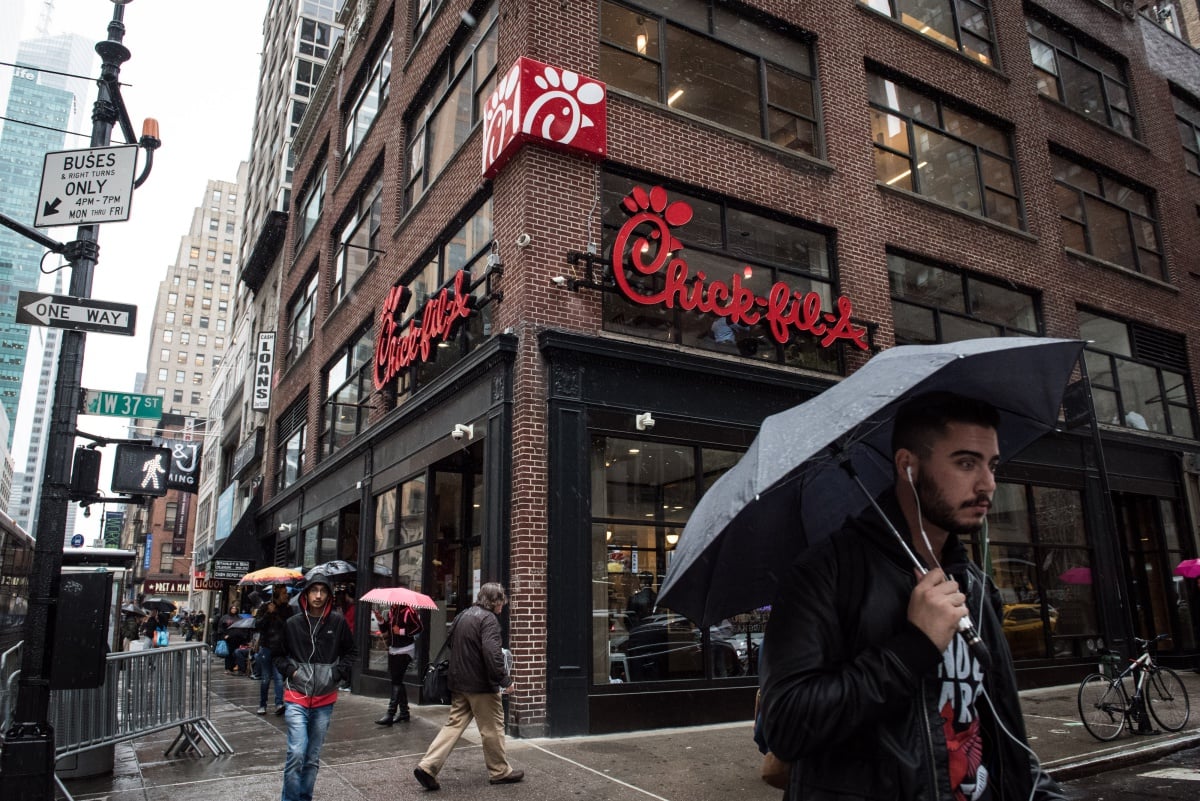 Chick-fil-A. The first time I’d ever heard of the food chain was a couple of years ago, when it became public knowledge that its owner and CEO gave money to anti-LGBTQ organizations. I’d never eaten there, so it wasn’t a sacrifice for me to not go, yet I have always had tons of people telling me I was missing out.

Even if it is great chicken how does it erase all the politics around the company that makes it?

As the fantastic HuffPo article posted yesterday put it: ” If you care about queer people ― or you yourself are queer ― you have absolutely no business eating at Chick-fil-A. Ever. It’s really that straightforward.”

In 2012, the company’s CEO, Dan Cathy, made this statement proudly: “We are inviting God’s judgment on our nation when we shake our fist at Him and say, ‘We know better than you as to what constitutes a marriage,’ and I pray God’s mercy on our generation that has such a prideful, arrogant attitude to think that we have the audacity to define what marriage is about.” The company gives money to anti-gay organizations. It actively fights to prevent the advancement of LGBT people.

That’s what you are buying into. For chicken.

Politics is in everything. We live in a capitalist society and sometimes the only way we can make change is with our dollar. I’ll never begrudge a poor family who shops at Wallmart or Target—sometimes that is all you have. But when it comes to things like food and makeup we do have choices. As Noah Michelson put it:

“Am I saying Chick-fil-A and everyone who works for it is evil? Of course not. The corporation has done a lot of good and even donated food to volunteers giving blood in the wake of the Pulse nightclub massacre (though, ironically, most gay men weren’t allowed to participate in that charitable effort).  But none of its generosity changes the fact that the chain has taken and continues to take an anti-queer stance and still donates large sums of money to anti-queer groups.” (via HuffPo)

Bad buying choices abound in realms outside of the chicken sandwich. In the beauty community, there was much hubbub about Tarte’s lack of diversity when it came to shades of foundation, but people still support Tarte, especially their concealer. There was rightful outrage about Kat Von D coming forward about being an anti-vaxxer, but not that she was with a dude who proudly dressed up like a Nazi. People like YouTube beauty stars Jeffree Star and Kathleen Lights have both said the n-word, or made some sort of racist comments, yet have been forgiven once they make their multi-part apology tour and continue to profit from a large fanbase.

Part of the reason so many people work to separate the art from the artist is to be able to enjoy things without consequence, but in this world, there are consequences for everything.

People called out Kanye West for supporting Donald Trump and yet still went out to purchase “Ye” and made it #1 on iTunes. The outrage we have is quickly extinguished when the lure of a sick beat is enough to make us spend money on an artist who is engaging in pure buffoonery. Despite #MuteRKelly and the attempt to do good by Spotify, iit only took them less than a month to roll back their hateful content policy. People can work to get R. Kelly back on being advertised Spotify (remember he wasn’t even removed from the site entirely), but coming together to ban or boycott something seems less and less like what people are willing to do.

We all make compromises every day. I know I have brought my fair share of Kat Von D liquid lipstick, but I also would never defend Kat Von D or deny my being complicit in things. Which is why I can’t buy it anymore. If you are gonna eat Chick-fil-A, because it’s just “that good,” know that you are propping up homophobia. Hearing that may not feel good, but it doesn’t mean that it is unwarranted.