And the winner is ... racism and ableism! 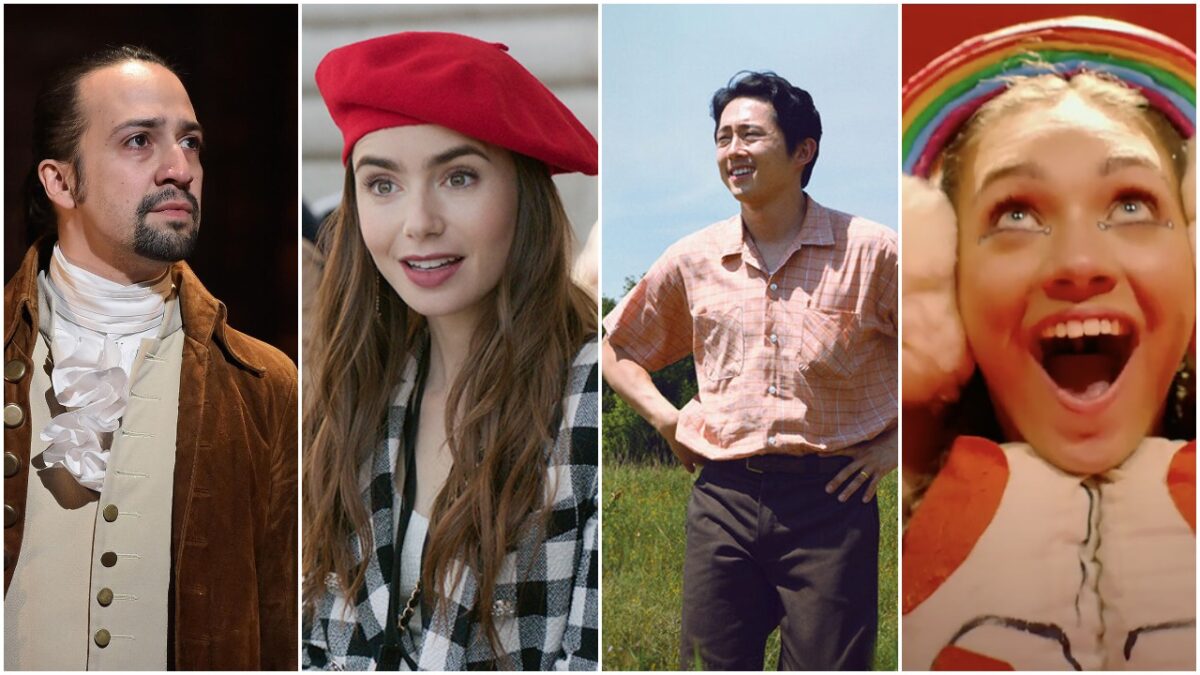 Well, it’s Golden Globe nominations day, which means throughout the land you’re hearing screams of “wait THAT got nominated for a Golden Globe?!” as well as very justified ire about major snubs. There are of course some nominations and situations that make us happy. It can’t all be bad and when you have a best director category where three of the five nominees are women. That’s amazing. But there’s also a lot to be angry about, so let’s go through some of the WTF moments that shocked us the most.

Firstly, a caveat about the Globes. These nominations come from the Hollywood Foreign Press, an organization that is shadowy at best and little understood. They’re a smallish group of foreign correspondents who like to have famous people at their awards show (if that actually happens this year) and they have a history of making weird choices. They aren’t made up of creators like other bodies that give out awards (like the film and television academy or SAG, etc). So … yeah. Their rules amount to “we felt like it” which explains some things.

Like the fact that Disney+’s Hamilton got two nominations, for best motion picture-musical or comedy and for Lin-Manuel Miranda as a lead actor in a musical or comedy. For me, that’s … strange. Yes, Hamilton is wonderful and I loved it, but what we saw on-screen on Disney+ was a taped version of the Broadway show; an event that used film to masterfully preserve something from another medium, not something that was created to be a movie. I know I’m splitting hairs here, but that’s essentially why Hamilton is not eligible for Oscars. But the Golden Globes want it in there, so there it is.

The HFPA’s capricious, nonsensical, and, frankly, racist rules on films also meant that, as was widely protested, American director Lee Isaac Chung’s Minari, an American film about Americans made mainly by Americans … was nominated as “best motion picture-foreign language.” This is racist bullshit, and we have to call it out for what it is. Minari received no other nominations, despite actor Steven Yeun specifically being lauded as an Oscar frontrunner all awards season. This is bad and frustrating. Even if the Golden Globes “don’t matter” as much in the awards scheme of things, it sends a horrific message that Asian Americans are somehow “foreign” when they make films set in America about America. That Yeun’s performance wasn’t recognized is outrageous. Fuck all of this specifically.

In fact, the entire slate of acting nominees is disappointing when it comes to diversity. Only two actresses of color were nominated in seven female acting categories, and they’re competing in the same race: Viola Davis (Ma Rainey’s Black Bottom) and Andra Day (The United States vs. Billie Holiday) for best actress in a drama. There are only three BIPOC men in the TV category: Ramy Youssef (Ramy), Don Cheadle (Black Monday) for actor in a comedy, and John Boyega (Small Axe) for actor in a TV movie.

In the film, things are only slightly better among the actors, but not by much. Three Black men are nominated: Chadwick Boseman (Ma Rainey’s Black Bottom) for best actor in a drama; and Daniel Kaluuya (Judas and the Black Messiah) and Leslie Odom Jr. (One Night in Miami) are both nominated in supporting.

There are only two Latinx actor nominated across all categories, Miranda for Hamilton and Anya Taylor-Joy for Queen’s Gambit and Emma. There are two British East Asian actors nominated, Dev Patel (The Personal History of David Copperfield) for actor in a comedy, and Riz Ahmed (Sound of Metal), who will compete with Boseman and Algerian actor Tahar Rahim (The Mauritanian) in best actor. Best actor in a drama and best director will be the most inclusive categories.

The frustrating thing is: it didn’t have to be this way, especially when it comes to television. There are some incredible BIPOC actors out there in shows that either were entirely shut out or only got a single nod. Where was I May Destroy You and Michaela Coel? What about What We Do In The Shadows and Harvey Guillén? Why nominate The Mandalorian and ignore Pedro Pascal?  How the hell did literally anything good get snubbed when Emily in Paris of all things was nominated for Best Comedy?

No it’s actually CRIMINAL to not recognize Michaela Coel for what she did, not just w trauma or sexual assault or consent, but w friendship and art and power and healing! I May Destroy You was an artist executing a singular vision, pure and focused #GoldenGlobes

The next time you’re overcome by imposter syndrome just take a deep breath and remember that “Emily in Paris” got nominated for a Golden Globe.

if you don’t think white supremacy is real, emily in paris is nominated for a golden globe.

Emily in Paris but not Michaela Coel. Ok. pic.twitter.com/TeYlRngSXa

The Emily in Paris nod is right up there for the most offensively absurd nomination, but it’s got competition from Sia’s highly controversial Music, which has generated serious controversy in Autistic and disabled communities that the film tries, and fails, to portray. The inclusion of Music in the ranks led The Hollywood Reporter to call the nominations “a complete and utter embarrassment.” And … they’re not wrong.

While there’s a lot to celebrate here (Ted Lasso! Over the Moon! The Flight Attendant!) the Globes once again proved that they don’t care about diversity or not coming off as blatantly racist. It’s not entirely their fault, given that Hollywood still struggles to give opportunities to marginalized and minority groups but … the landscape of Hollywood is still far more diverse than what these nominations reflect, and all awards should be uplifting and celebrating diversity, not awarding ableist dreck like Music or … whatever Emily in Paris is. Even the Golden Globes need to do better.