If The Golden Globes Need a Feminist Host, They Should Pick Samantha Bee 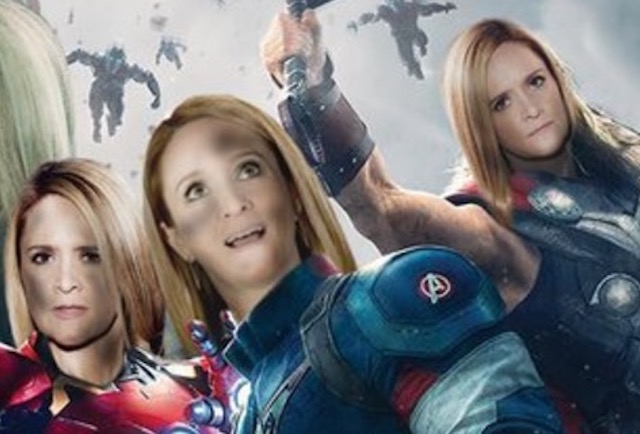 An article from Forbes discusses how the past two years of Golden Globe hosts have drawn in so-so viewing numbers and poor reviews from the public. As a suggestion, the article offers that Seth Meyers, who has been doing great work on Late Night With Seth Meyer—calling out Trump and fighting the good fight while delivering stellar ratings—would be a strong choice for a “feminist” host in 2018. However, if The Globes are looking for a host who would be a strong feminist voice, maybe not pick the straight white dude? Even if he’s great.

We already have an outspoken feminist talk show host in mind: Samantha Bee.

Samantha Bee has 12 years of experience from working with The Daily Show with Jon Stewart and since 2015, she has hosted her own show: Full Frontal with Samantha Bee. From sexual harassment to gun control to calling out Trump, Bee has been outspoken when many of the men around her were still playing games about how big of a threat Trump was.

Previous co-hosts Tina Fey and Amy Poehler helped raise the viewership of the Globes in 2013, 2014 and 2015, with all of their hosted shows getting big numbers, even when it was the weakest in 2015.

Viewers in 2015 totaled 19.3 million, a 5.8 among adults 18-49 for Poehler and Fey’s final time hosting. The numbers were down from the previous year, but still a marked improvement from the 16.8 million viewers that watched in 2012 to watch comedian Ricky Gervais. (Forbes)

Gervais came back to host in 2016, “drawing 18.5 million viewers but poor reviews,” and he was called “a bore” by outlets like Time. Succeeding him was Jimmy “I Don’t Do Politics” Fallon, whose turn at the podium got 20 million viewers, but “Fallon’s performance was criticized by both professional media critics and audiences Tweeting from home.”

Hmmm? Sounds to me like you need to bring some ladies back, not to just pick a talented, but safe male choice. After all, ladies have done very well before, and, well, we’re kinda having a moment? With the conversation about women and harassment in the workplace, and the importance of giving room for women in power to succeed, if the Globes want to really send a message about their values, then Samantha Bee would my #1 pick to host the 2018 Golden Globes.

Which female comedian do you think should be hosting the upcoming Golden Globes?