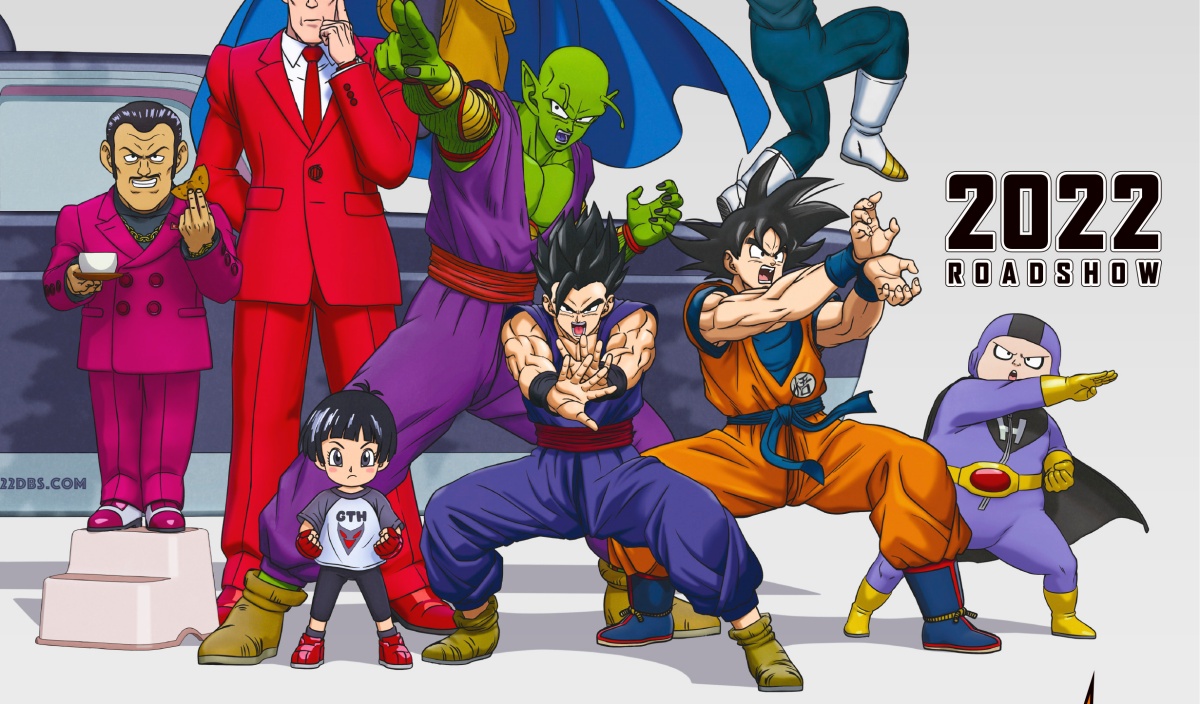 A new Dragon Ball Super movie is coming, and this time, Gohan is in the center and sporting his Cell Games-era look, which gets the people going. He’s between his two dads and by his daughter, which means it’s time to fight.

The new visual is packed with kinetic energy, as some of our favorite fighters (and some news faces) prepare for battle, including Goku, Vegeta, Piccolo, Pan (Gohan and Videl’s daughter!), and Gohan, who sports a fan-favorite getup. The visuals also show us another look at the new characters revealed during San Diego Comic-Con, though be they friend or foe, they’ve got the right flair for posing! There are also a couple of suited characters and another new face in a hero suit.

Agreed on all accounts. Everyone looks amazing in the full image shared in the tweet, and after Broly, we know that the Dragon Ball Super films can deliver when they are given the resources.

Stay tuned for more reveals from the movie during Jump Festa 2022 this weekend. #dragonball pic.twitter.com/woeq8NFZbP

Gohan and his two dads look great. Gohan is a beloved character in the Dragon Ball franchise, as the sweet boy who turned into a champion warrior able to surpass his father. Sometimes it can be a little disappointing that it didn’t seem clear what his storyline would be following the Cell Games, but the true nature of Gohan has always been visible.

A warrior, a scholar, and the perfect blending of humanity and Saiyan pride.

What we know about the story so far from the trailer that was released at Anime NYC:

We also know that this film will be the first film in the franchise to be fully CGI-animated, which will be … interesting. It does make it look like it’s straight out of a video game. I’m not crazy about it, but we shall see what the final result looks like. I’m hoping that it will look smoother than the clip seems to indicate.

Goku, Vegeta, and the others are going to be up against “an evil organization moving in the shadows” that seems to be interested in capturing the Saiyans. Pan will get something interesting to do! Feminism has won again.

Dragon Ball Super: Super Hero will be released in Japan in 2022, and when it comes to the States, I will be watching with a mighty need.