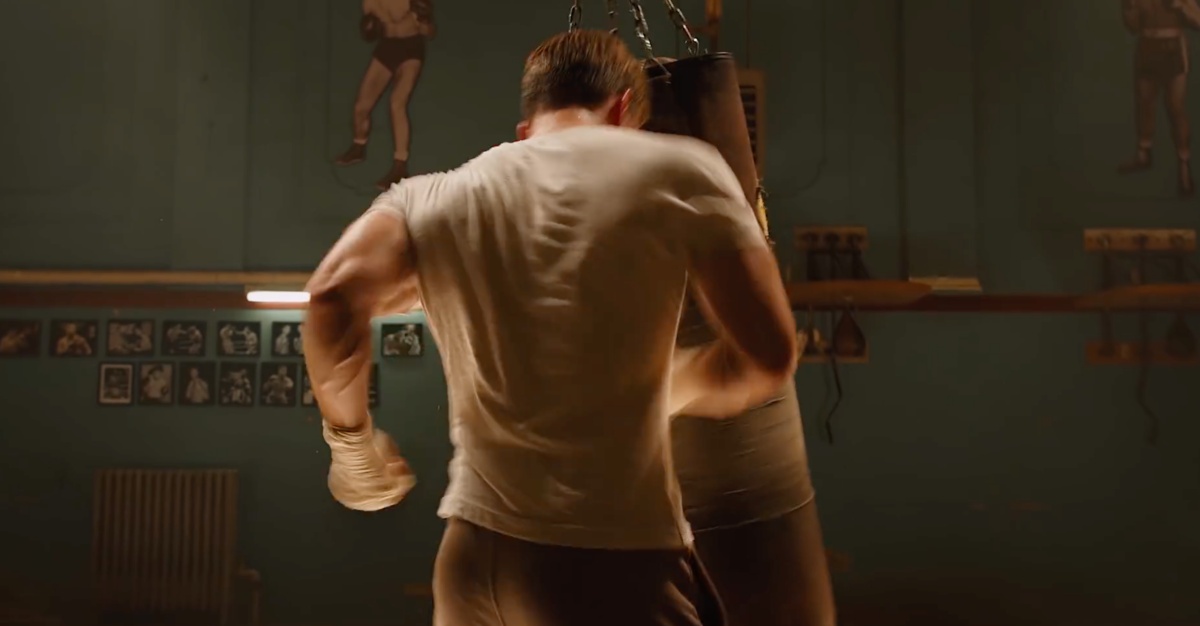 One of the best moments in Marvel’s Avengers: Endgame was the Time Heist and getting to look back at the first Avengers movie in a different way, which included getting to ogle and bestow praise onto the great American wonder that is Steve Rogers’ butt. As Ant-Man so eloquently put it, “that’s America’s ass.”

We have been collectively thirsting over Chris Evans in the role of Steve Rogers for years, but the MCU is filled with hot men with hot butts (hey, Winston Duke), pretty eyes, and a general thirst-trap appeal. What has made Steve (and his butt) special is both how the writers have evolved the character and Chris Evans living up to the image in real life.

Tackling a character like Steve Rogers isn’t easy. We’ve seen media fail to understand the complexity of “good guy”-type, noble characters (Cyborg) or think that the only way to tackle the American exceptionalism root of their legacy is through deconstruction (Superman). It would be easy for Captain America to be boring, to be reduced to simply being a symbol in an okay suit, but from The First Avenger, it was made clear that Steve’s core is good.

Skinny Steve was driven to stand up for the little guy even when he was considered too weak to help. The scene of him jumping on top of the grenade without knowing if it was live or not will forever stand in my mind as the defining image of that character, forever. It’s that scene that proves, more than anything, that Steve is worthy. And that was all without having dat ass.

Still, we could have had a Steve who was unquestioningly noble, but that has been shown not to be the case. Despite enlisting and serving in the American military, what Rogers stands for is the ideals, more than the nation itself. In The Winter Soldier and Civil War, Steve proves that he’s loyal to the people and, most importantly, to his friends. That’s powerful, and throughout all the changes he faces, Steve remains a loyal and good person. He gives hope to the hopeless.

It’s so telling that, after Endgame’s five-year time jump, Steve isn’t in isolation somewhere. He has formed a support group to help other survivors move on. He checks in on Natasha to make sure she’s eating and taking care of herself. He doesn’t hold any grudges or act out in anger in response to Tony’s ranting at him. Time hasn’t made Steve colder or harder; it has made him more empathic, more aware of what matters, and able to readjust his old values into a new environment. The core of his heart never changes, but he finds ways to evolve and be better. That goodness has allowed him to be a friend, a mentor, and a leader.

What’s special about Captain America is that he is an image of a man who can be good, noble, complex, and remain that way even in the face of a changing world. The world may not need him in one way, so he adapts to be something else. That’s why we love Cap; he represents the goodness of an individual who doesn’t keep that for himself, but instead uses it to help other people be their best selves.

Chris Evans doesn’t have a scriptwriter to achieve that level of narrative perfection, but on social media, he has constantly been doing his best to be like his comic book counterpart—noble, kind, a listener, and speaking truth to power. We believe that he is Captain America the same way we believed Christopher Reeve was Superman.

That’s why he is America’s Ass, and we love watching it work.