Don’t Worry, Everyone. Fox News’ Brit Hume Is Here to Tell Us What Is & Isn’t Racist. 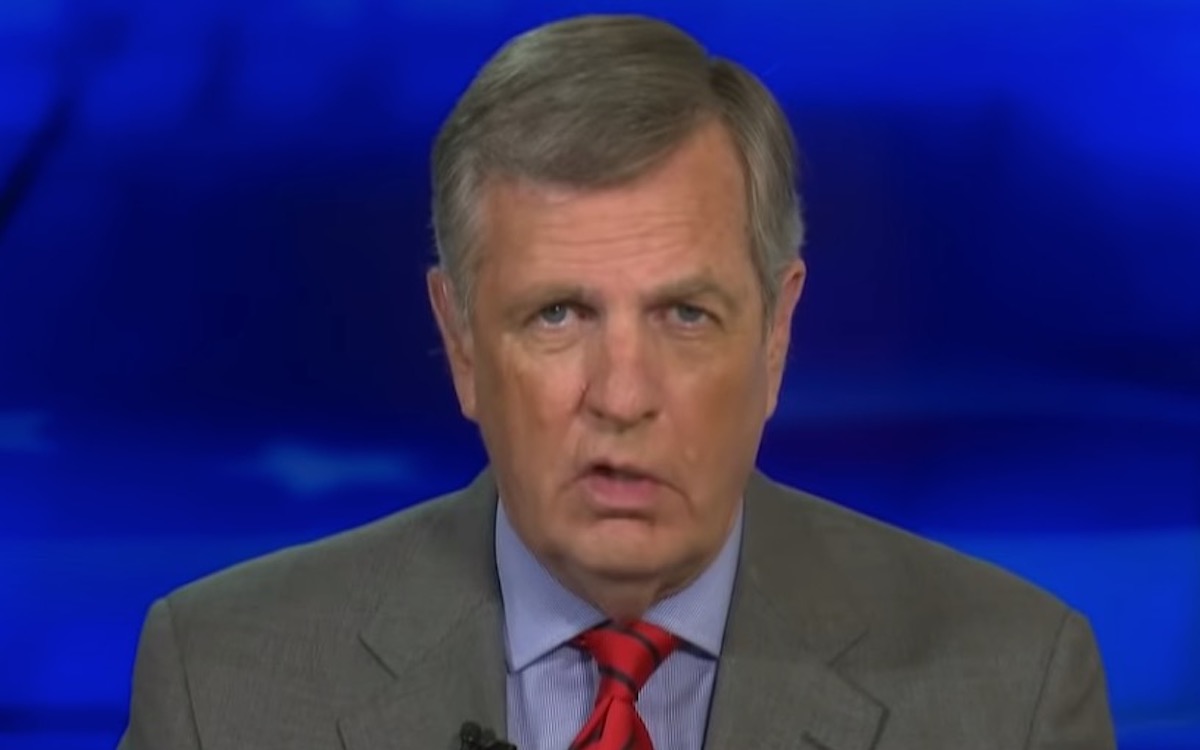 Over the weekend, Donald Trump sent out a series of tweets attacking a number of Democratic lawmakers, all women of color. He doesn’t name them but it’s very clear he’s referring to Alexandria Ocasio-Cortez, Rashida Tlaib, Ilhan Omar, and Ayanna Pressley (or some number of those freshman Congresswomen). In the tweets, he says that these women “originally came from countries whose governments are a complete and total catastrophe, the worst, most corrupt and inept anywhere in the world.” He parrots Tucker Carlson’s frequent message that they have no right to complain about conditions in America and that instead, they should “go back and help fix the totally broken and crime infested places from which they came.”

Of those four lawmakers, the only one who was born outside of the U.S. is Rep. Omar (she left Somalia as a refugee as a child). But “go back where you came from” is an insult slung by racists with little interest in accuracy. And Trump’s words were clearly racist. That seems impossible to deny, although, predictably, some are still trying. Most GOP lawmakers have remained silent on the issue, while major media outlets are as scared of the word as ever.

A RACIST: I am racist

NY TIMES: A-ha! And now the racial stage is set, and this roguish imp shall dance his dance pic.twitter.com/pDGGvWjlI6

Trump’s “go back” comments were nativist, xenophobic, counterfactul and politically stupid. But they simply do not meet the standard definition of racist, a word so recklessly flung around these days that its actual meaning is being lost.

That is, obviously, an idiotic thing to say. For one thing, he’s being awfully selective with his choice of definitions there.

Brit Hume: Note definition 1.
Everyone: But what about definitions 2 and—
Brit Hume: I SAID NOTE DEFINITION 1! pic.twitter.com/O7pVLAqvIz

Even the dictionary is out here essentially telling Brit Hume to remember that context and nuance exist.

Many of our entries have helpful usage notes if you scroll farther than the first definition. pic.twitter.com/a91ezmH9rW

Brit Hume has a long history of making himself the arbiter of what is and isn’t racist. Some of the things he’s declared decidedly not racist include birtherism, Trump calling Elizabeth Warren “Pocahontas,” and Steve King as a person. He criticized then-President Obama for thinking that “racism in America has a white face, never a black face” (i.e. not talking enough about “reverse racism,” which isn’t a thing).

Hume has claimed on-air that people only pretend to be upset over racism because, as he sees it, “America is a compassionate country” and that we all want to be considerate of each other’s feelings, so “therefore if you’re a victim in any of these areas it’s kind of a good deal.” His claim that the word “racism” is overused isn’t new; he’s previously said that the word has been weaponized for political purposes and implied that since the Civil Rights movement happened there is an “overwhelming national consensus against racism,” ergo, presumably, nothing is racist anymore.

In other words, no one gives a crap what Brit Hume has to say about racism.

If you are a conservative who can’t condemn Trump’s hate-mongering without including a ”but” sit down and spare us your fake ass sincerity.

White Man Named Brit Instructs Various Coloreds Who Were Offended by The President Telling Brown Congresswomen To Go Back To Their Broken Countries To Calm Down Because It Wasn’t Actually “Racism” But A Bowl Of SAT Words.

Okay America settle down, Brit Hume the SOLE DECIDER of what’s racist and not gave his verdict … #RacistPresident pic.twitter.com/zm226snI8G

I’m Brit Hume. I’m in charge of what is Technically Racism. A lot of people use the term racism but it’s not racism unless it meets a highly specialized set of standards. Like how sparking wines are not champagne. I’m Brit Hume, the champagne of racism and a sommelier of hatred. https://t.co/DjUL5c0zXc

Dear @brithume: When people tell me to “go back” to China or Japan, that is racist because they are treating me differently based on race. Like you Brit Hume, my home is America. I don’t have a different home because my skin color happens to be different from your skin color. https://t.co/8D0DAfipLm

Meanwhile, Trump has not only refused to apologize for his racist comments, but he’s tripled down and repeated them both on Twitter and to reporters.

Trump is giving a statement right now saying the female congresswomen he targeted in his racist tweet “hate our country with a passion,” and that Rep. Omar regularly praises al Qaeda.

This is completely unhinged and untrue, and it’s insane that not one Republican will decry it.

Q: “Does it concern you that many people saw that tweet as racist & that white nationalists groups are finding common cause with you on that point?”

President Trump: “It doesn’t concern me because many people agree with me and all I’m saying; they want to leave they can leave.” pic.twitter.com/Y22gIXJbE4

If it were at all unclear where the modern Republican Party stands on the issue of racism, their silence in response to Trump’s racist tirade yesterday lets you know. #SilenceEqualsCompliance