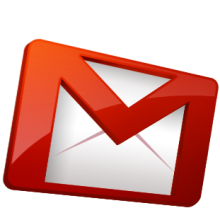 A good portion of folks on Twitter, as well as Google itself, are reporting scattered Gmail outages. We aren’t experiencing any problems here at Geekosystem, but it seems that many of the service’s users are finding themselves temporarily separated from their inboxes. Given how widely Gmail has been adopted for not only personal but also business purposes, the outages could cause some serious problems if they persist. At the moment, Google is looking into the problem. More as the story develops.

Update: It’s back. Google’s announced that they’ve implemented a fix. The problem itself apparently isn’t interesting enough to be worth mentioning now that it’s fixed. Fortunately, it only affected about 2% of users, and only for an hour or so. Lets hope it doesn’t happen again any time soon. One brief look into the Gmail-less apocalypse is enough.