Science Invented Glass That Bends Instead Of Breaking | The Mary Sue 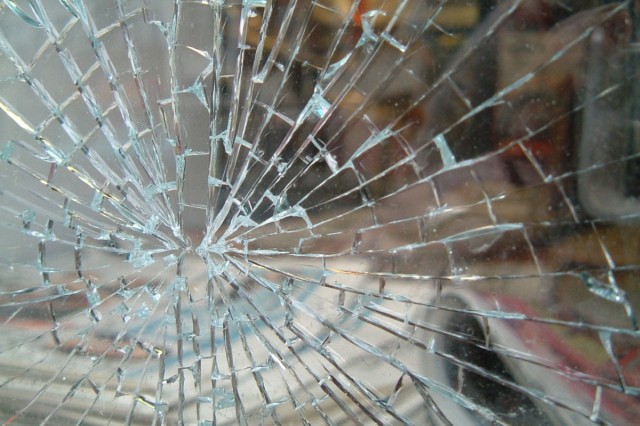 If you are as klutzy as I am (hopefully not, because I would feel terrible for you), you know the tragedy of shattering drinking glasses all over your house. Fortunately, scientists at Montreal’s McGill University want to save us this pain, developing a new type of glass that actually bends when it hits the floor instead of breaking. Finally!

Prof. François Barthelat’s team at McGill’s Department of Mechanical Engineering were inspired by the structure of natural objects like seashells and mollusks for their invention, which is probably the first time anyone has been inspired by a mollusk. These types of shells are made up of brittle chalk, but are lined with super-tough mother-of-pearl. It’s kind of a miracle material; “Nacre, or mother-of-pearl,” explained Barthelat, “is made up of microscopic tablets that are a bit like miniature LEGO building blocks, [and] is known to be extremely strong and tough.”

Barthelat’s team recreated the concept of the tiny LEGO-block shells by using a laser to carve webs of wavy 3D micro-cracks in glass. By almost pre-shattering the glass, the scientists were able to increase the toughness of glass by two hundred times; if you fill the cracks with polyurethane, it works even better.

Barthelat believes that this process will be very easy to scale up to any size of glass, using the cracks to absorb the energy from an impact. Because no one can stop him from being awesome, Barthelat plans to attempt a similar result with ceramics and polymers.

(via McGill, image via Alan)