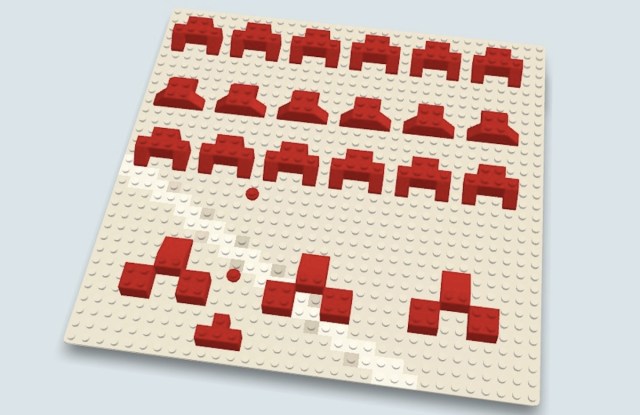 If you haven’t played with it before, Build with Chrome is a great Google Chrome experiment that lets you build whatever you want with LEGO bricks on a virtual map. Today, Google announced that the map is no longer limited to Australia (the browser app was created by Google Australia), and you can now build on any patch of land in the world.

For instance, the above Space Invaders scene was constructed on a patch of land in the vicinity of the Geekosystem offices in New York. Right here:

Google apparently thought my all red color scheme was bland.

The whole thing is integrated with Maps, so once you go to “My Builds,” you can navigate the globe and see what everyone else is building and where. Then, you can stake out a small, square plot of land for yourself and build pretty much whatever you want—as long as it passes Google’s review process. For me, it only took a few seconds before my “Build” was live on the map, but I’m guessing that may change if more people start using the app.

Still, the review process is probably a good idea, because this is the Internet. Things would probably degenerate quickly without it, and then there would just be LEGO dicks everywhere, which just sounds unpleasant.

So, go ahead. Somebody keep my Space Invaders company.

(via The Next Web, images our own screenshots)