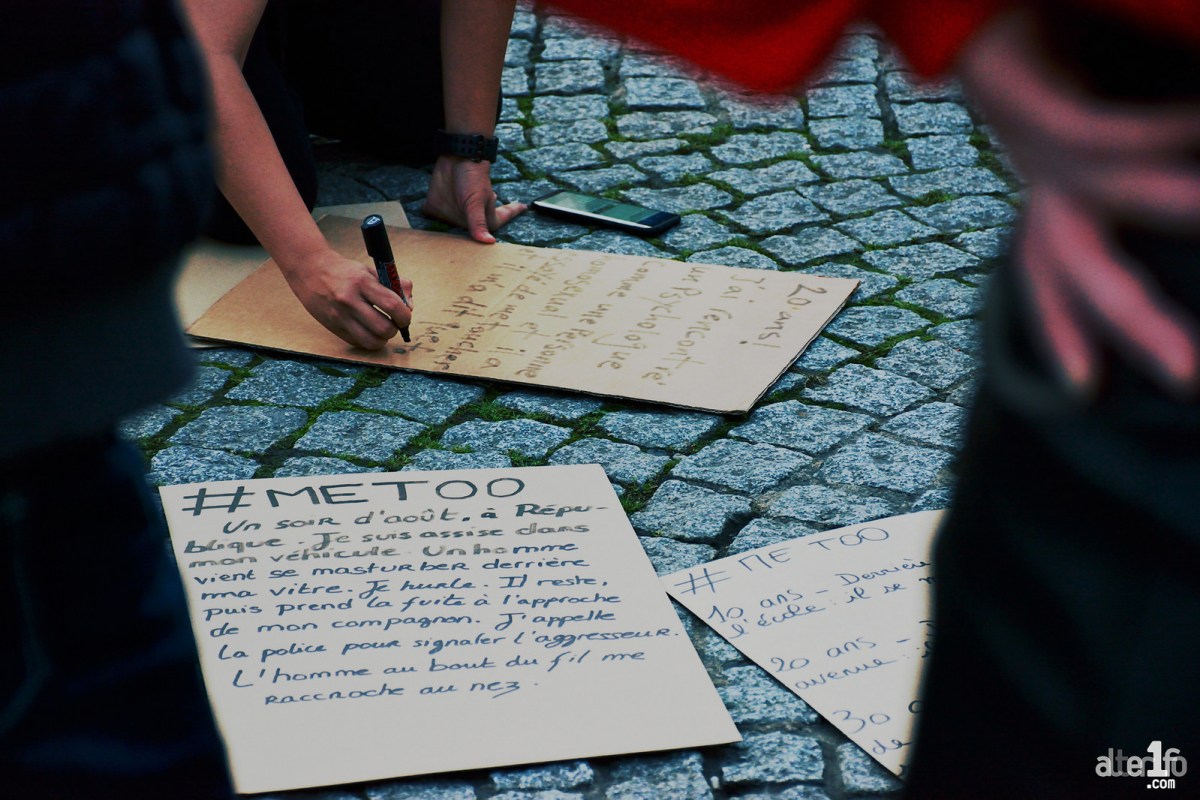 Part of creating lasting change in the wake of the #MeToo revival and Time’s Up is getting men involved in the conversation. Yes, this is a time for women to express their anger freely. Yes, men do need to listen more often. However, as this joint survey between Glamour Magazine and its brother publication GQ shows, not involving men in the conversation in a positive way perpetuates ignorance at best, and allows some pretty harmful attitudes to fester at worst.

Glamour Magazine teamed up with GQ to survey over 1,000 men asking them various questions about #MeToo to get a gauge on where men are right now. While some of the findings gave reason for hope, others were just downright shocking, and not just a little bit disappointing. Here are some of the highlights:

From Glamour’s reporting of the survey, they highlight just how difficult it was to even get participation in the first place:

In fact, when Glamour tried to assign a male reporter to interview real men on their attitudes, he came back from the bars empty handed. “I’ve frankly never had such a dead end with a reported piece,” he told us. No one, he said, was willing to say “anything worthwhile on the record.”

That last statistic about the change in dating habits is hopeful, right? I mean, it’s not a huge number, but it does mean that the “awareness-raising” component of #MeToo is having an effect. However, that’s among single dudes. One of the more disturbing findings came from answers provided by married men, or those in relationships, giving that 77% statistic about consent some context.

These findings show that despite agreeing in a vague way that “consent is important,” what constitutes consent, and the circumstances under which consent is important (and to what degree) differ between men and women to an alarming degree.

To illuminate the findings a little further, Glamour’s Features Director Justine Harman and Senior Associate Editor at GQ Benjy Hansen-Bundy engaged in a conversation about what the statistics, as well as the more nuanced answers to questions told them. Here’s a sample:

HANSEN-BUNDY: Well, at the very least this one data point—that 77 percent of men said it’s a must to get consent at every stage of a sexual encounter—shows that most men are not horrible monsters.
HARMAN: But I feel like if I were at a sports bar or a frat, the way I would be treated by men would be different than what our findings suggest. Especially since 50 percent of guys ages 18 to 34 agreed with this statement: “If your partner is willing to kiss you, she must be willing to do other sexual acts.” That means Aziz Ansari–type scenarios, where the man and the woman are having very different experiences during the same sexual encounter, will continue.
HANSEN-BUNDY: I wish I could say I thought we’d see an immediate reduction in those Aziz-type situations, but I think it’s going to take time. These stats probably speak to the broader fucked-up-ness of our sex education in this country. I’d also say that the discussion seems to be missing a broader examination of human sexuality so far. For example, when we asked, “How do you define the boundary between unwanted but harmless ad­vances and harassment?” there was this pervading sense of defeat in the answers. One guy said, “I feel that there is no line anymore, so you better just keep to yourself.” For as long as Western literature has covered courtship, it’s almost always the man in pursuit of the woman, with varying degrees of doggedness.
HARMAN: When one guy said, “The principle that I employ is that everyone gets one free pass. When you put your interest out, regardless of how overt or covert the advance was, that is all that you are entitled to,” I had to pause. Back when I was single, I would always turn down the first inquiry—a guy had to try at least twice to prove he was actually interested. It was all part of the game.
HANSEN-BUNDY: That’s what I mean. It can feel like there’s some cognitive dissonance between what is by-the-books acceptable and what actually works between two people. It made me nervous to say that out loud. We’re definitely opening a can of worms.
HARMAN: I’m sweating.

I would highly recommend reading both Glamour’s and GQ’s takes on the study. It was illuminating to see how each publication approached the survey for their respective audiences. While Glamour approached it with a tone of “here’s stuff you probably already know, but this is us confirming it with numbers,” the reporting on the GQ side had more of an educational tone. Because too many men, for any number of reasons, are just not being expected to engage in conversations like this, and so they walk around either completely oblivious, or more ignorant than they’d like to be.

I’m actually really glad that GQ has partnered in this way and taken this approach, because frankly, they are a part of the problem, so they need to be a part of the solution. After all, if their male readers have never heard of #MeToo, that’s a huge indication that it hasn’t really been covered much in GQ, if at all. You can’t expect men to somehow have all this knowledge while also being a male-focused publication that doesn’t talk about this stuff. If GQ isn’t, who do they think is providing men with all this education?

Media is both a reflection of where society is at large, and a conduit for creating societal change. Now that GQ sees where men are as a whole when it comes to issues of gender equality, sexual harassment/assault, and consent, they have an opportunity to be a part of the movement that illuminates how men can do and be better.

(via Glamour and GQ, image: alter1fo on Visualhunt / CC BY-NC-ND)