Giveaway: Celebrate Beauty and the Beast‘s 25th Anniversary by Entering to Win

Be our guest and enter! 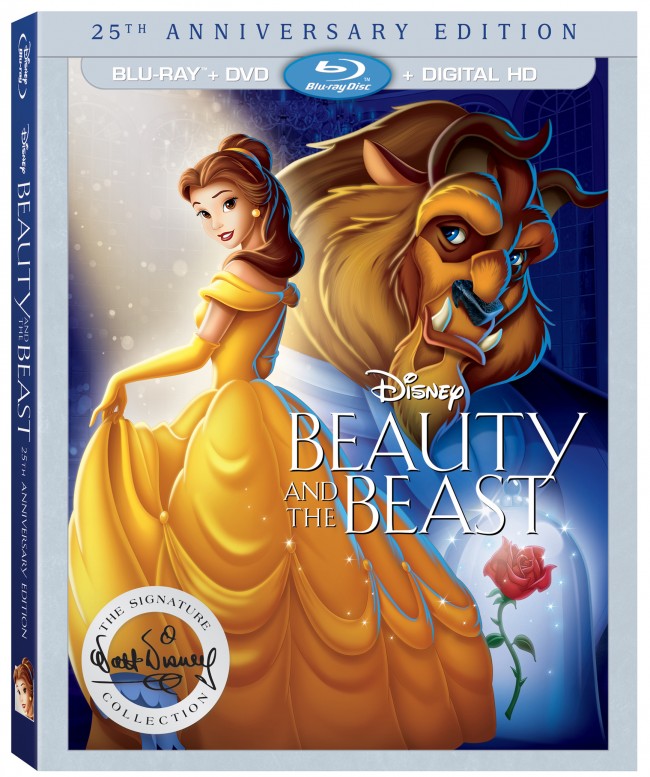 This is the 25th Anniversary year of the modern Disney classic, Beauty and the Beast! To celebrate, Disney is releasing a 25th Anniversary edition of the film on Digital HD, DVD, and Blu-ray, featuring three versions of the film, and a slew of awesome extras, and you can win a copy of your very own!

1991’s Beauty and the Beast provided in Belle a Disney Princess who was not only a misfit in her own right, but someone who was capable of loving the weirdness in others. A “tale as old as time,” coupled with gorgeous animation, beautiful music by Howard Ashman and Alan Menken, and awesome vocal performances made the film so wonderful that it became the first animated film in history to be nominated for a Best Picture Oscar at the Academy Awards, and the first to win the Golden Globe Award for Best Motion Picture – Musical or Comedy.

Thanks to the Walt Disney Company, TMS has a copy of the new 25th Anniversary Edition of the film to give away, which includes Blu-ray, DVD, and Digital HD formats. It also includes three different versions of the film. The Blu-ray release includes the original theatrical film; an extended version with the “Human Again” song sequence and a never-before-released on home entertainment sing-along version.

Beauty and the Beast already joined the Walt Disney Signature Collection on Sept. 6 on Digital HD and Disney Movies Anywhere, and arrives on Sept. 20 on Blu-ray and DVD.

All you have to do to enter to win your copy is be sure you’re following us on Twitter (so we can DM you if you win!) and tweet the following in its entirety with no alterations:

This giveaway is limited to people in the US only. You have until this Friday, September 16th at NOON EST to enter, and we will alert our winner then. Good luck!