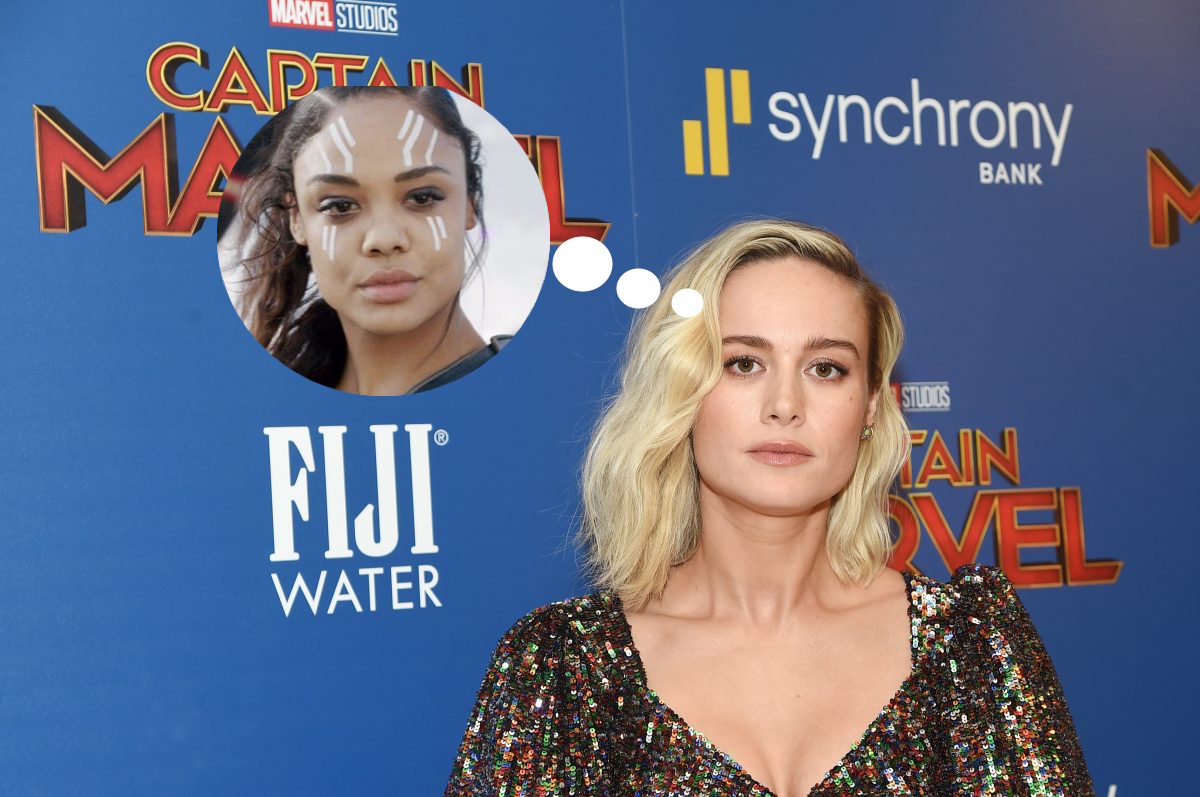 Marvel fans are some of the most creative when it comes to shipping, and now, the actors are joining in. In promotion for Men In Black: International, Tessa Thompson and Chris Hemsworth brought up how both of their Marvel Cinematic Universe characters have been paired off with Carol Danvers (Captain Marvel herself) by fans, creating a heroic love triangle in the series. I have to say, I’m here for it.

When one of the first trailers for Avengers: Endgame came out, we saw Thor try to intimidate Carol. Obviously, she stood her ground, which Thor thoroughly enjoyed, and thus the idea of Carol/Thor was born. But what was even better was the dawning of Carol/Valkyrie. A couple that seemed to be the making of fans and their dreams, the ship was adopted quite quickly by Brie Larson and Tessa Thompson, and honestly, it would be idiotic of Marvel to not give it to us all.

But why not explore the idea of Thor/Carol/Valkyrie in a more modern way? A love triangle? We’ve seen that. It’s fun, it’s fine. Exploring the idea of the three being in a polyamorous relationship altogether? That’s more like it.

In a recent interview promoting their new film, both Tessa Thompson and Chris Hemsworth talked about their MCU ships, and Thompson helped to give us a great idea for a movie about the three characters.

“That’s why I’m saying let’s make a love triangle. Let’s make an MCU, oh my gosh, let’s make an MCU like thriller. You know those old like 90s who’s going to be with who. It could be light. Just a rom-com about like the three of us.”

Honestly, a romantic comedy starring Tessa Thompson, Brie Larson, and Chris Hemsworth sounds like it could, potentially, save the planet, but also, seeing how willing both Thompson and Hemsworth are to talk about the shipping that goes on in the MCU is fun! So often we see actors either shy away or just bait fans with it, and it just seems as if Hemsworth, Thompson, and even Larson are just genuinely happy with the artwork and the fanfiction for their characters.

We don’t know for sure what’s coming in Phase 4, so maybe Marvel should listen up and let us have the romcom of our dreams!