Get it? Rock? Cause it's kind of rock climbing themed. 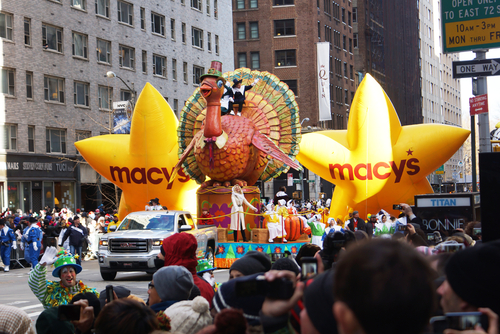 This year’s Macy’s Thanksgiving Day Parade will see the Girl Scouts of America riding their own float in the parade. It’ll be themed after rock climbing, with girls climbing over 3D-printed objects, belayed by their fellow Girl Scouts. The press release goes into more detail:

On the float, girls will be “building a better world” by climbing and belaying on giant 3-D puzzle pieces that form a globe, using levers to connect the pieces. The float’s features and activities represent what Girl Scouts past and present have done and continue to do as they take action locally and globally. From discovering new things and participating in outdoor adventures to developing entrepreneurship skills and exploring science, technology, engineering, and math (STEM), Girl Scouts are taking the lead to positively impact our world.

We’re positively stoked at the idea and the theme of the float. The Girl Scouts are absolutely doing their best to “build a better world,” at least according to the coverage they’ve been getting on news media over the past year or so. There’s a hell of a lot to love about the Girl Scouts, and their recognition in one of America’s longest holiday traditions makes that even more apparent. The thought that the Girl Scouts have their very own float that’ll be shown in living rooms across America is nothing short of heartwarming.

If you want to see some concept art of what the float is going to look like, you should head on over to Jezebel to check it out.