Why Girl Meets World Was an Experiment Worth Watching 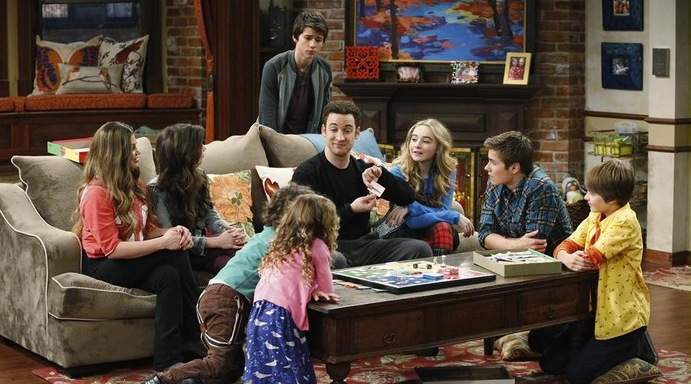 Growing up is hard; it’s frustrating and it’s confusing as hell. Growing up female is all of that turned up to eleven, but thankfully there are places we can go during that time that make understanding the mess of adolescence a little bit easier. For me and millions of others in the 90s and 00s, that place was television, where I could watch smart, witty teenagers navigate the same struggles (or fight metaphorical monsters).

This week’s official confirmation that Disney Channel sitcom Girl Meets World has been cancelled was a blow to a generation of teenagers (and, let’s face it, adults) who had taken Riley Matthews and her friends into their hearts. After three seasons on the air, the Boy Meets World sequel has stopped these beloved characters in their tracks, forever frozen at fifteen.

For those paying close attention, the news wasn’t all that surprising. Disney Channel was never the right home for the show, and it was neutered from day one. Whereas Boy Meets World aired on ABC Family, and could tackle tough subject matter, Girl Meets World was forced to skirt around issues such as sex education, puberty and other problems inherent to growing up.

That might be okay when the characters are 13 going on 14 as they were when the series began, but when they’re 16 and in high school, having two characters date but unable to kiss on-screen is a major distraction. This led to a campaign to have the show moved to Freeform where it could spread its wings, but instead we must say goodbye to the Matthews for good.

Despite limitations, where Girl Meets World always soared was in its portrayal of female friendship. Riley and Maya may have started off as characters based on Cory and Shawn in the original series, but their relationship quickly grew into something different, special, and uniquely female. It portrays the intimacy of those friendships in a way rarely seen on-screen, and that through-line lifted the show even in rocky times.

It also tackled subject matter like autism, cyber-bullying and anger management in empathetic and unexpectedly confronting ways. After a disappointing first season, it eventually presented its male characters as not just love interests but complicated people also scrambling for some semblance of identity. Riley was as flawed as any of her friends while also representing the ‘everyman’ for thousands of viewers who also didn’t know who they were yet.

The Boy Meets World cameos were what maybe got the most attention outside of the immediate fanbase, but their success was hit or miss. While some like Rider Strong’s Shawn became recurring figures on the show and in the lives of Riley and Maya, the extension of storylines for Angela, Eric or Jack sometimes did more harm than good. In the end, the show was so much more than its guest appearances, solidifying Girl Meets World’s independence from the show that had inspired it.

Girl Meets World’s strongest legacy is in its cast, specifically Rowan Blanchard and Sabrina Carpenter, who have taken the platform and built wider careers from it. While Sabrina is now an up and coming pop star with a sizeable fanbase of her own, Rowan has become one of the freshest voices in feminism. Wise beyond her years, she represents a curiosity and willingness to learn at a young age that will likely create a whole slew of smart new voices to accompany her.

The show wasn’t perfect. It stumbled and fell down; it was never as great as its cast and never seemed to figure out how to do dramatic storylines as well as it did comedic ones. It was plagued by the usual Disney Channel scheduling madness and, though the resolution to its never-ending love triangle storyline in seasons two and three was an admirably feminist statement, getting to that point was not.

Shows don’t often get as long to figure themselves out as Girl Meets World did, and that’s down to the fanbase, made up primarily of young girls, that loved it.

The television landscape isn’t filled with many series catered so fully to them, and it’s a shame that this cancellation came just months prior to the end of similarly female-driven series like Pretty Little Liars. Seeing ourselves and our experience represented on-screen is an empowering experience no matter what your age, but a brazenly feminist series starring pre-teen girls is absolutely essential.

I don’t pretend to know what it’s like to grow up in today’s society but, for those who are, the show represented a safe, accepting and inspiring space where they could discuss things they weren’t yet ready to make sense of on their own. With this news, they’ve lost that, and it’s for them that Girl Meets World should be celebrated and mourned.