Celebrate Girl Gamers, But Not With Komen | The Mary Sue 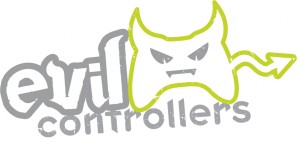 It’s always great to see celebrations of girl gamers as a way of creating awareness that they do, indeed, exist. It’s also a great and productive thing for retail outlets to offer discounts and run promotions with the promise of donating some of the proceeds to a charity that benefits women or women’s health. However, one such charity has been in the news lately and suffered a major blow to their good name, and more and more bad news continues to reach the masses, strongly indicating that this once reputable and celebrated women’s charity has developed some interests that contradict serving women’s health. No, not the Girl Scouts. We’re talking about Susan G. Komen For the Cure. And we’re confused as to why, after all that news that happened, anyone — in this case, Evil Controllers — would run a promotion celebrating women but benefiting an organization that seems to have put personal politics before women. Guys, haven’t you been on the internet? Or watched TV? This just happened in the last week and a half!

Let’s be clear: This is not an attack on Evil Controllers, a company that lets gamers design and purchase custom video game controllers for various game systems. They have a pretty decent variety to choose from, including a selection of pink-hued designs. (And to their credit, those designs are not listed as being “for girls.” They are merely pink for people who like pink. And that’s wonderful.) Our beef is with the organization they’ve chosen to team up with. And our purpose in writing today is to ask them why, after Susan G. Komen pulled their funding for Planned Parenthood’s breast health services because of pressure from anti-choice types under a new administrator with an open vendetta against Planned Parenthood, denied it was done for political reasons when accused of bias, only to eventually release a superficial apology maintaining the decision was not political and re-fund, and then have story after story come out that it was totally political?

By pulling their funding in the first place and then lying about why they did it, Susan G. Komen made it clear that their priority is not with women’s health. It’s with gaining mollifying conservative religious groups and right-wing politicians who have it out for Planned Parenthood.

Why would a perfectly fun promotion celebrating girl gamers want anything to do with that hot mess? Clearly, Evil Controllers’ heart is in the right place here. We’re not doubting that, and we’re certainly not telling anyone not to use their site. We just don’t know how in the world they could still be supporting Komen less than a week after the charity made some serious missteps on the subject of women’s health. We’ve no doubt that it is within Komen’s power to recover from defunding Planned Parenthood, possibly even by actual redemption and good faith initiatives rather than the forgetful mind of public opinion. It just hasn’t done anything since that might fall under that heading.

Since Komen has been putting less and less of its funding towards breast cancer research anyway, we recommend the Breast Cancer Research Foundation. Jezebel also has a comprehensive list of organizations to support, including the American Cancer Society and Unite For Her.

Evil Controllers should totally be celebrating girl gamers. But they should also totally rethink teaming up with Susan G. Komen, because we don’t find the latter very impressive right now. That’s all we’re saying.