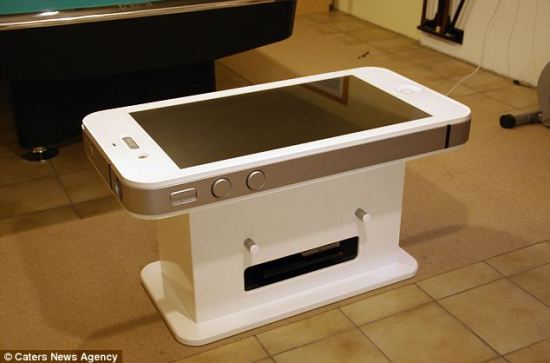 Breaking news, the iPhone 5 is a giant table. Okay, so none of the words in that previous sentence are true, but there is a giant iPhone table in existence. Dubbed the iTableous by its designer Benjamin Bachmeier, the table is a 10x scaled up version of the iPhone 4, complete with power buttons, a 40-inch screen and the ability to display visuals from a connected iPhone. The actual iPhone-y part of the table, which can be used as a table (obviously) is also hinged so that it can fold over to be a more traditional display.

Although it is impressive looking, you shouldn’t get too excited, because it doesn’t quite work like an actual iPhone. The screen is actually a 40-inch 920 x 1080 Toyota LCD monitor, so it doesn’t have touchscreen capability and acts more like a really stylized monitor. Its home button doesn’t work either, but instead conceals a 30-pin connector you can use to hook the display up to any number of devices including a real iPhone. It’s not only a display though; it has 500 GB HD space, 4 GB of RAM and can run Windows 7 and Mac OS X 10.6.7. If anything can keep you busy until October 4th, this thing can. 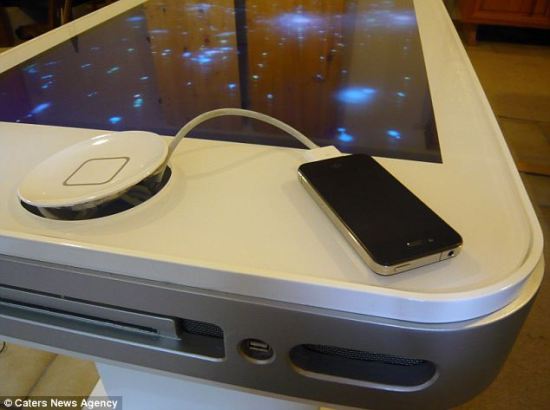 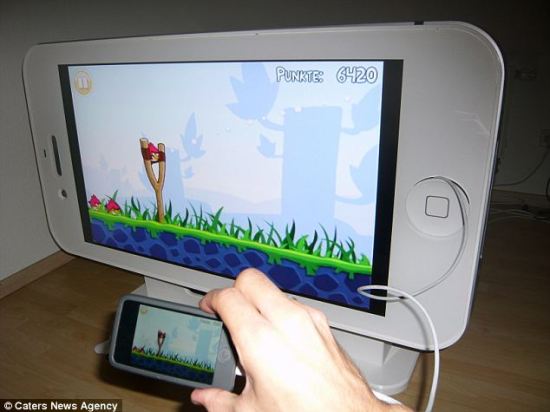