Ain’t Afraid of No Trolls: Ghostbusters Changed a Scene to Blast Internet Haters 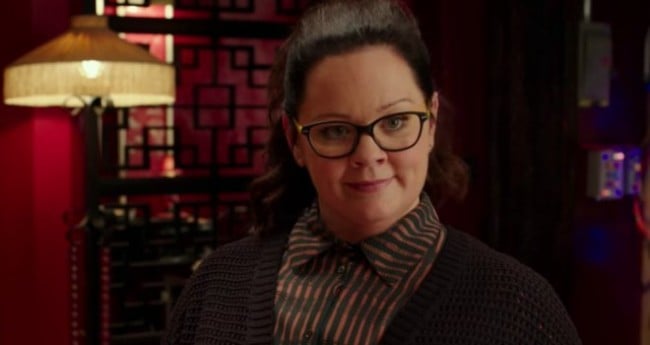 (Very) Minor spoilers ahead for Ghostbusters. You’ve been warned.

It seems like the new Ghostbusters movie got a bit of a head start fighting back against some of the more… ghastly reactions to the movie. According to a chat with Yahoo UK, way back before a lot of the backlash came out, they had recorded a scene that rang fairly resonant with how many fans reacted to that initial Ghostbusters trailer.

Melissa McCarthy said that “it was added [to the script]” after the fact, though Kristen Wiig says, “I feel like the part was in [the script] already, but we changed what was said.” McCarthy then agreed, saying, “We did something on the day that slightly tweaked it.”

The scene, as described by the cast, centers on a video of the Ghostbusters crew that’s been posted to YouTube. It shows them fighting ghosts, and just like any other video posted on the internet, it earned the ire of the nameless, faceless horde of internet commenters who all descended upon it with great furor. From what we can tell, the framework of the scene remained intact; the joke still centers upon the terrible comments, though the specific content within those comments has changed to reflect the real life criticisms that have been lobbed against this movie.

I feel the need to point out that yes, I know the reaction to the initial trailer was because people were unhappy with the quality of said trailer, however, that doesn’t excuse the plenty of other sexist criticisms that have arisen as a result. What’s clear from the evolution of this scene is that they have a willingness to change and adapt to what’s going on in real life, and aren’t afraid of calling out baseless criticisms where they see fit. There’s plenty to love about these folks already, and to be honest, I’ve got some high hopes for this movie.