Ghost in the Shell Reviews Suggest It Is All Shell, No Ghost | The Mary Sue

Ghost in the Shell Reviews Suggest It Is All Shell, No Ghost 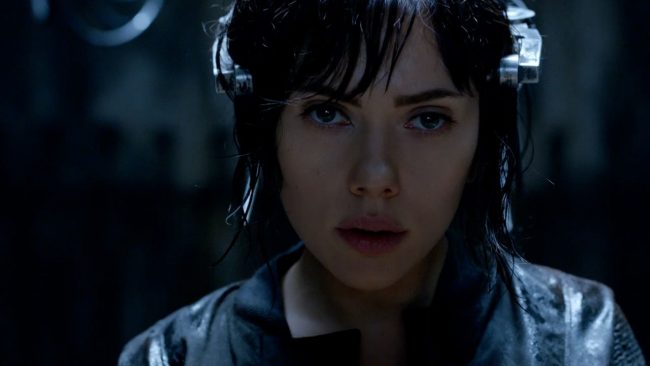 The first reviews are emerging for the controversial Scarlett Johansson-starring live action take on the anime classic, and while critics have been praising the look of the film, it seems like style is winning out over substance.

So heavily derivative it doesn’t feel like anything new, and there’s little depth beneath that slick surface. But it’s solid and attractive, at least, with a retro appeal to its cyberpunk stylings …

… There’s also a blankness that the original Major lacked. Oshii’s version was well settled in her shell, an apparent volunteer rather than an unwitting guinea pig, with a zest for her work. The ’17 iteration’s exposition-heavy script (by Jamie Moss, William Wheeler and Ehren Kruger) requires Johansson to do little more than furrow her brow while mostly either lying on a lab gurney or kicking some ass. There is a frustrating absence of personality which means, for all her physical presence, this Major’s just not very engaging.

A here-and-now valentine to what design wizardry Hollywood can pull off in 2017. At the same time, it does so in service of a tired tale full of repurposed visual tricks, storytelling clichés and big-studio concessions. …

… There’s nothing wrong with introducing “Ghost in the Shell” into post-“Matrix,” post-“Westworld” territory; it’s just disappointing that the film doesn’t bring anything new to the table.

A hard working Scarlett Johansson stands at the centre of the spectacular visuals, but even the Avengers star can’t bring the soulless storytelling to boil. …

… A flat script fails to explore the idea of identity, and the dull dialogue suffers from a severe humour malfunction.

All the stunning frames and gorgeous layers of soundtrack in the world aren’t going to conceal that director Rupert Sanders really hasn’t got much to offer except a bunch of updated ideas nicked from the Ridley Scott playbook. …

… impenetrable is not a word you’ll hear used to describe this movie. The plot is so obvious, expected and re-heated, I doubt there’s a single moment here that anyone over the age of 12 is going to not be able to see coming about half-an-hour before it arrives.

Still, things sure do look pretty!

I came away from the screening with a memory of some truly beautiful set-building, digital architecture, CGI and special effects, costuming and make-up design, but bugger all else.

As a feat of visual imagination, design and sheer film-making craft, Ghost In The Shell is a stunning achievement. It is one of the most visually and sonically spectacular films I’ve seen and heard in a year or more.

Um, Variety’s critic seemed to like it a lot? Also, I am taking his thesaurus away.

Spectacularly honoring the spirit and aesthetic of Mamoru Oshii’s beloved animated adaptations without resorting wholly to slavish cosplay, this is smart, hard-lacquered entertainment that may just trump the original films for galloping storytelling momentum and sheer, coruscating visual excitement — even if a measure of their eerie, melancholic spirit hasn’t quite carried over to the immaculate new carapace.

And finally, thanks to Tara Brady in The Irish Times, I will forever associate this film with underpants.

‘Ghost in the Shell needs a soul, like Scarlett Johansson’s robot’

A Caucasian actor with an orientalised hairstyle – we’re not digging these mixed messages – Scarlett Johansson has virtually nothing to do as Major Motoko Kusanagi that isn’t covered by the job title Sexy Fighting Lady Robot. Was it intentionally ironic that, in an adaptation of a manga that ponders second-order simulacra, Johansson’s performance could easily have been copied, pasted and coloured in from her performances as Sexy Fighting Lady Assassin (The Avengers), Sexy Fighting Lady Limitless (Lucy), or Sexy Fighting Lady Alien (Under the Skin).

For good measure and even more déjà vu, one scene references her performance in Lost in Translation by way of underpants. Where Masamune Shirow’s 1989 manga and Mamoru Oshii’s 1995 film of same grappled with the philosophies of Jean Baudrillard and Frederic Jameson, Rupert Sanders’ movie will make you think about underpants.

Why, given that Sexy Fighting Robot Lady, has a Barbie body, does she bother with underpants and clothes in some scenes but not in others? Do Donald Duck rules apply? As she has no other sexual characteristics, what’s the deal with the boobs?

I’ve now read dozens of GitS reviews and the primary takeaway is that the visuals are fantastic, Johansson does a fine job (even if there’s a lesson or two she can learn from the experience), and that the plot and dialogue leave much to be desired. What do you think? Have the reviews influenced your plans where the movie’s concerned?

Ghost in the ShellreviewsScarlett Johansson