Peter Capaldi Put His Foot Down on Flirting and Costumes, Is Apparently in Charge of Doctor Who

All aboard the Capaldi train. Choo f***ity choo! 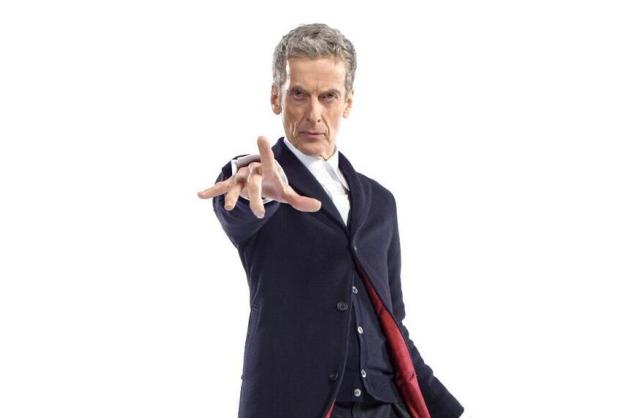 As the series 8 premiere in August rapidly approaches, more details keep dropping about how Peter Capaldi’s Doctor will change Doctor Who, especially if you’ve been looking at the recent leaks. If not, let Capaldi, Jenna Coleman, and Steven Moffat tell you what the show will be like under Capaldi’s iron fist—and, of course, more talk of Peter Jackson directing an episode.

Speaking to the Sunday Times, Capaldi said he laid down the law on his Doctor’s romantic behavior. He said, “There’ll be no flirting, that’s for sure. It’s not what this Doctor’s concerned with. It’s quite a fun relationship, but no, I did call and say, ‘I want no [flirty] moments’. I think there was a bit of tension with that at first, but I was absolutely adamant.” (Expletives and Moffat’s cowering-in-fear deleted, I imagine.)

We’ve been promised in the past that things would be different for the Doctor in a coming season with nothing really coming of it, but it’s encouraging to hear that Capaldi put his foot down on how he’d like to portray the character. It sounds like they picked the right actor for the job if things are really going to change this time around.

Indeed, it really does sound like we’re finally going to get a different tone for the character, as Jenna Coleman added in an Empire magazine interview, “With Matt’s Doctor [Clara] felt quite safe, really. She knew she’d be caught if she was in danger, but this guy is a lot less human-friendly and a lot less patient. He’s more removed and inaccessible.” And Capaldi sounds like he intends to keep it that way—even down to his uninviting look.

Moffat talked to SFX about the “grey-haired stick insect,” saying,

[Capaldi] wanted to be quite stark. Stark and skinny. A stick-insect sort of thing. Clara actually calls him a grey-haired stick-insect at one point. We had some hilarious pictures of Peter just dressing up. It was all coming from him because he’s really into his clothes. I didn’t feel qualified to go and chat too much about it. Certainly the costume didn’t go anywhere until I shut up. The thing I’ve learned about showrunning is you need to know the bits you’re bad at!

In other words, Capaldi is basically in charge of Doctor Who now. Get on board or get out of the way.

Then, of course, there’s more news that Peter Jackson will probably get to direct an episode of Doctor Who eventually. At this point, it sounds like a done deal and just a matter of scheduling, so maybe he just can’t find the time to stretch that one episode into three? Jackson himself said that he finally feels ready to work within TV’s “impossibly tiny” schedules, but Moffat told SFX,

He’s still incredibly busy on The Hobbit. I’ve spoken to him face to face, and he would like to do one. He accepts that there’s no money and that there’s no time, and it would have to be when he’s available—and I don’t think he’s even been available enough to answer our emails of late!

So a Peter Jackson-directed episode is pretty much going to happen—it’s just a matter of when. Although, it’s starting to sound like the answer might be, “Whenever Capaldi damn well tells us it’s OK.”

Previously in time and space