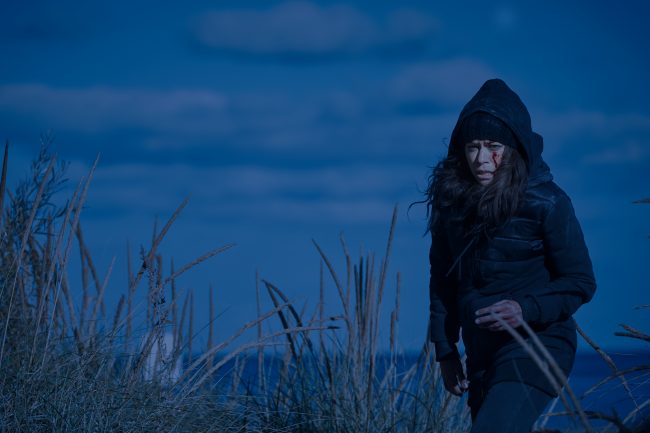 A scene from the S5 premiere.

Orphan Black is coming to an end, and we are preemptively mourning one of the most creative, intelligent, and brilliant female-led sci-fi shows ever created. The final season starts next month, and in a recent interview with Entertainment Weekly, co-creator Graeme Manson had a lot to say about where the show, and these beloved characters, are headed.

First of all, wrap your head around this fun fact. Apparently, Tatiana Maslany has played over one hundred characters on Orphan Black in its first four seasons. Holy crap. So, can we expect any new clones in the upcoming season? “Tatiana [Maslany] has played, I think, 116 characters since this show started,” Manson revealed. “So, we’re like, let’s concentrate on those 116 and then wrap that up, and then perhaps there might be a little squeak of room for one more clone.”

As Manson and his co-creator John Fawcett shared with me at PaleyFest, all eyes should be on Rachel this season, as her story arc and function in the lives of the other Leda clones is bananas. Manson confirms that here, saying, “Sarah’s arch nemesis Rachel is back right in front of her, and this happens really early in the season. But I will say that Rachel has a surprising character arc this season, despite the fact that she is the big bad and that she really wrestles to finally get the sisters under her thumb at the start of the season, where Rachel ends up is really not where you might think.”

He also talks about the super-high stakes Clone Club is dealing with this season, making this final story arc really intense.

“I think this season is really about freedom,” Manson says. “It’s the final season and the clone sisters have to be all-in. Cosima is all-in to find a cure, to find her own cure, and the cure for the sisters. Sarah’s all-in, fighting and scrapping for everybody’s freedom. Helena’s all-in because she’s eight and a half months pregnant when we start. So if you take some stakes like that, it’s a very high-stakes season and it revolves around Helena’s pregnancy. It also revolves around Kira — we’re really going to get to the bottom of Sarah’s daughter this year. So, it’s a year with a lot of the usual Orphan Black hijinks, but also, it’s a very, very, very important year for the relationship and the bonding and the freedom to move forward for the sisters.”

Check out the rest of the interview here. Are you excited about the upcoming final season of Orphan Black? Are you sorry to see it go? Let’s talk our favorite sestras in the comments below! And if you have catching up to do, feel free to rifle through our Orphan Black tag to get caught up on our recaps, images, interviews, and more!