So Gerbils Are Pretty Cute, Right? WRONG, They Actually Caused The Black Plague

They should have used some Gerbil Essences. 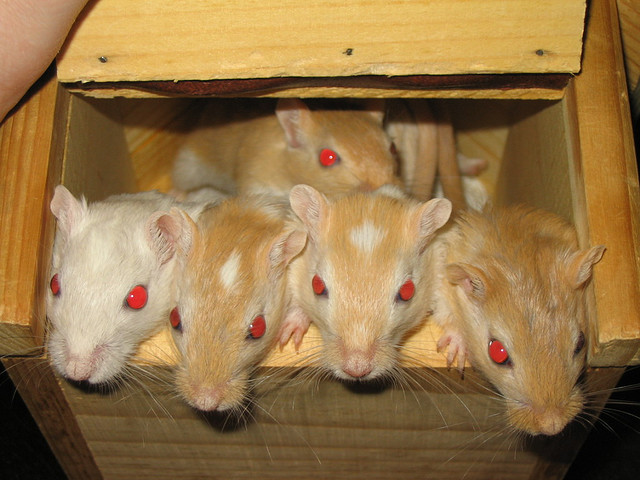 Turns out gerbils have done the world double dirty: not only did they start the bubonic plague, but they’ve also been letting rats take the rap for it for the last half-century. Uncool, gerbils. Majorly uncool.

A new study from the University of Oslo suggests that the disease actually originated from Asian gerbils, and not flea-ridden rats. By using tree-ring records that coincide with over 7,000 plague outbreaks, they determined that the weather would not have been optimal for rats to thrive.

Instead, the weather conditions in Asia – wet springs with warm summers – were perfect for the giant gerbil to have a great time. “We show that wherever there were good conditions for gerbils and fleas in central Asia,” said Professor Nils Christian Stenseth, “some years later the bacteria shows up in harbour cities in Europe and then spreads across the continent.” Those conditions, coincidentally, would also be perfect for the plague-carrying fleas, who would have transferred the disease to humans.

So as it turns out, gerbils hitching a ride on silk trading ships are truly to blame for the Black Death. Everyone, go out and buy an adorable rat immediately to make up for this misplaced hatred! But don’t throw out your gerbils. Yet.