The Witcher Gave Superman Some Batman Abs for Season 2 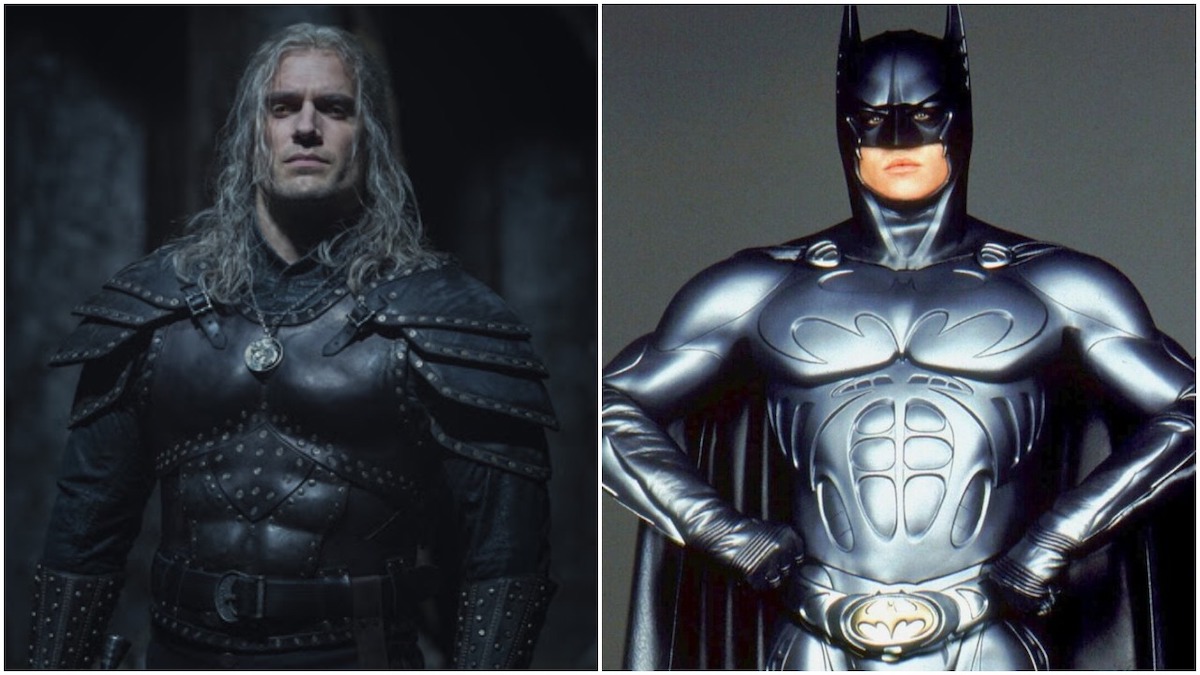 Well, this is certainly a choice. Our first look at Henry Cavill’s Geralt of Rivia in The Witcher season 2 was released today, complete with some bolted-on armor that, hmm, emphasizes the abs.

Let me be clear: I love Geralt of Rivia, I love Henry Cavill, and I enjoy The Witcher. The production makes a lot of fun choices, and in the first season, the costumes did a great job evoking the over-the-top fantasy world of the Continent. But the show was a massive hit for Netflix, anticipation abounds, and I’m sure season 2 was both given the budget and the expectation to go even bigger.

Thus we have this Geralt in jacked-up armor that first calls to mind something that Cavill’s Justice League compatriot Batman* might wear on a trip to Medieval Times. 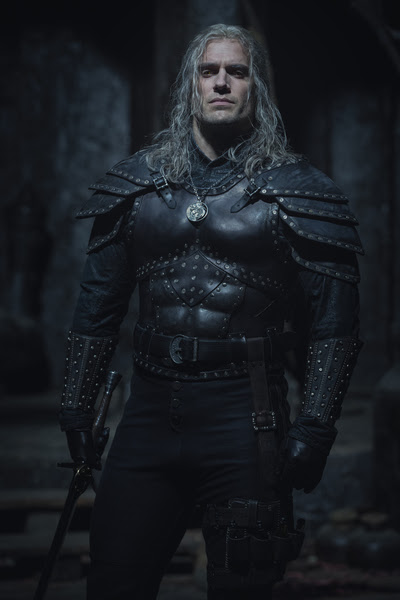 Cavill looks absolutely fantastic as Geralt. Don’t get me wrong, the look works. It’s just … a lot. Geralt is already the most towering figure in any room, and the new outfit screams SUPER-WARRIOR, WE’VE GOT YER SUPER-WARRIOR HERE! Not that there’s anything wrong with that.

His emotional shield
can ward off any charmer,
but his trusted sword he’ll wield,
will be matched with new armour. pic.twitter.com/Z7yA6kZjRH

The Witcher had to update Geralt’s look for season two, and they decided to go really big. If you need a refresher on what Geralt looked like before, here he is in season one: 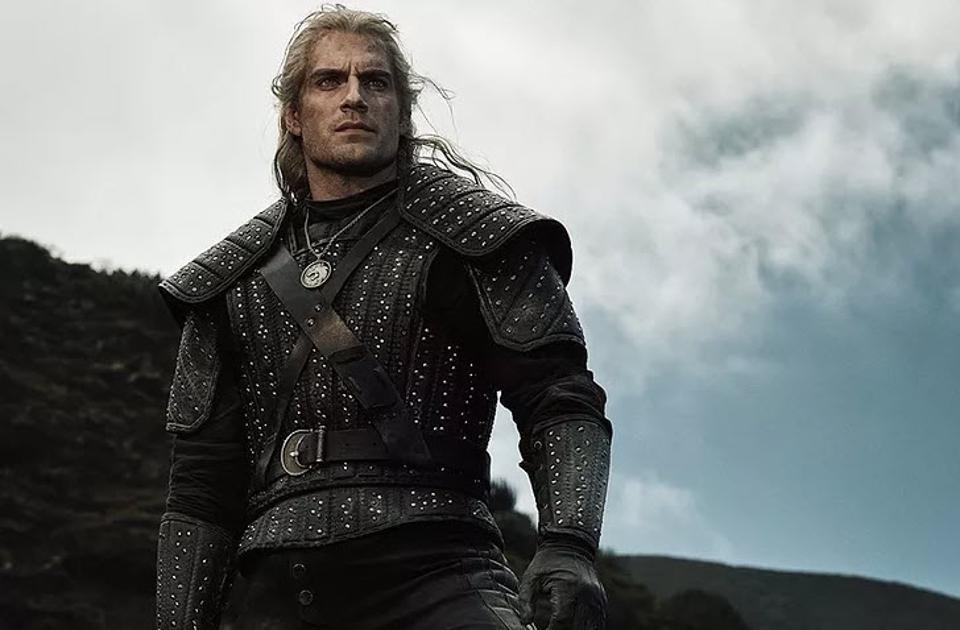 I’ll rather miss the studded armor of the first season, but I understand that an evolving adventure needs a refreshed outfit for Geralt. Even so, after a week spent watching The Boys, it’s hard not to think of Homelander’s preposterously padded armor that’s meant to both make him look more intimidating as well as spoof the built-in musculature of many a super-suit. Cavill’s Superman suits were also rife with ab panels, so this isn’t a new look for him. 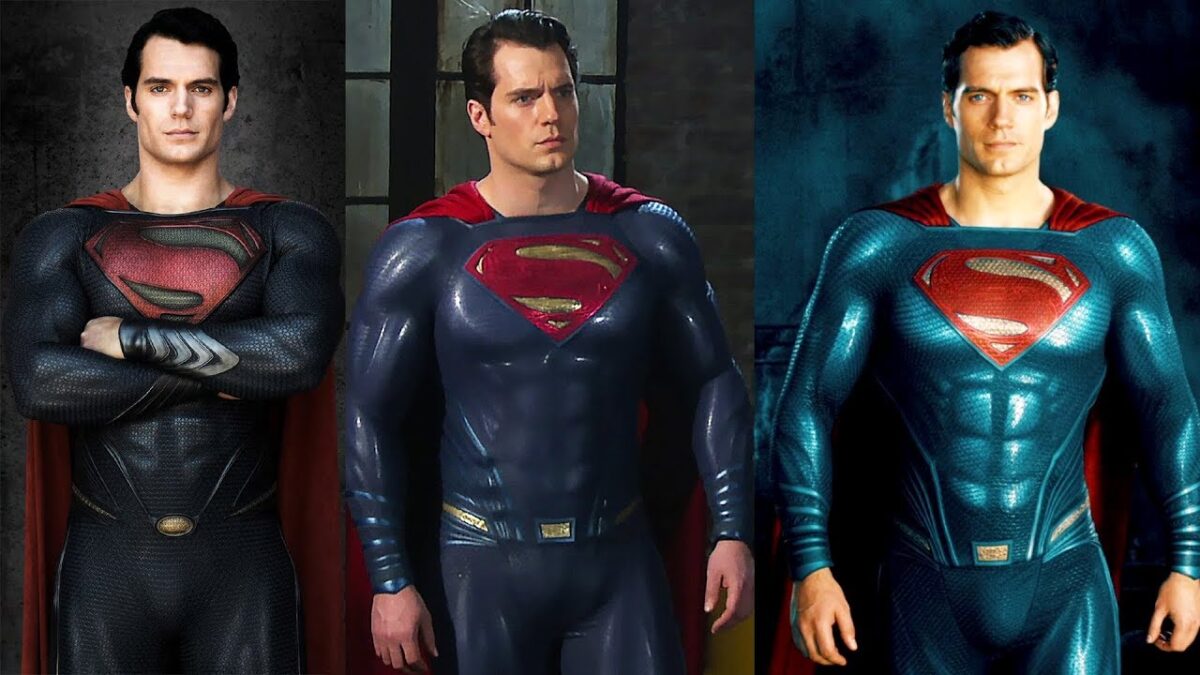 But the dark color of Geralt’s updated costume harkens to more of a Batman feel at first glance. Thank Melitele we don’t have any nipples on the new chest plate, though. I trust The Witcher’s creatives too much to do that to us.

Fan reaction appeared to be divided on the new look in replies to Netflix’s tweet, from “don’t think it’s legal for men to look this appealing” to “Looks good, just don’t like the edgy six pack part, not really Witcher-like.” Lest we forget, the armor may partially have been a practical decision, considering that Cavill’s real-life musculature is so robust that he kept wearing through his leather armor the first time around, necessitating frequent replacements.

In another publicity shot released today, we see Geralt from the back, and here the effect of the new scalloped shoulder-armor really looks cool. 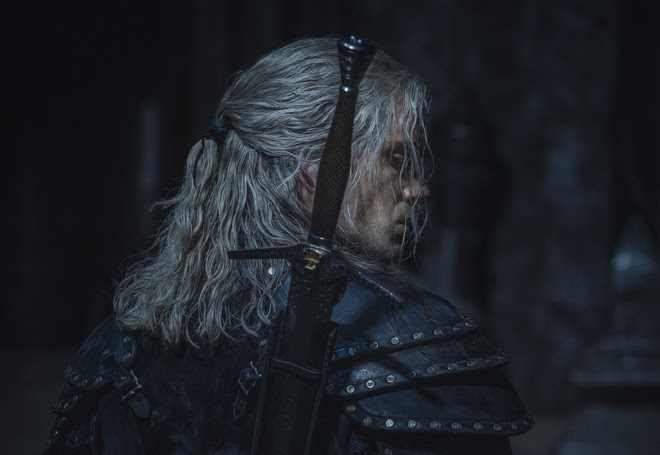 Per Cavill’s Instagram when season two production began again following the pandemic shutdown, his able makeup and hair artists have evolved in their approach to Geralt’s wig. “No bald cap this year. Just pounds of 2 types of medical tape and some glue,” he wrote on a caption accompanying a photo of the begwigging in action. It would seem that Geralt’s hair has an even more natural look, and hopefully they’ll be putting it through its paces with even more bathing scenes.

‘It may turn out,’ said the white-haired man a moment later, ‘that their comrades or cronies may ask what befell these evil men. Tell them the Wolf bit them. The White Wolf. And add that they should keep glancing over their shoulders. One day they’ll look back and see the Wolf.’

Never forget that no one is more excited Henry Cavill is playing Geralt of Rivia than Witcher video game super-fan Henry Cavill.

According to teases from The Witcher team, we’ll likely see further looks from other characters released throughout the week. As for season two’s logline, we’ve got that, too:

Convinced Yennefer’s life was lost at the Battle of Sodden, Geralt of Rivia brings Princess Cirilla to the safest place he knows, his childhood home of Kaer Morhen. While the Continent’s kings, elves, humans and demons strive for supremacy outside its walls, he must protect the girl from something far more dangerous: the mysterious power she possesses inside.

What do you think of Geralt’s new armor? Are you excited for season two? Talk Witcher to me in the comments.

*I’m aware that’s Val Kilmer’s Batman, not Batfleck. I could have used George Clooney’s suit for comparison, but we are blessed not to be subject to any armor’d nipples here. However, just because we could always use a reminder that this happened on Warner Bros.’ watch: 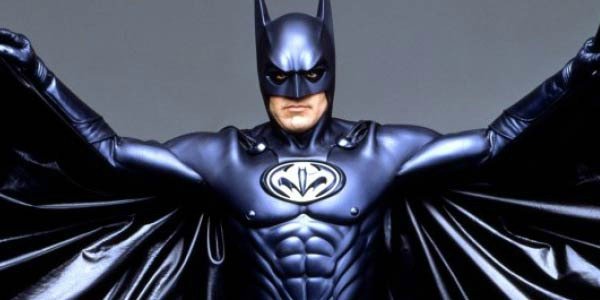