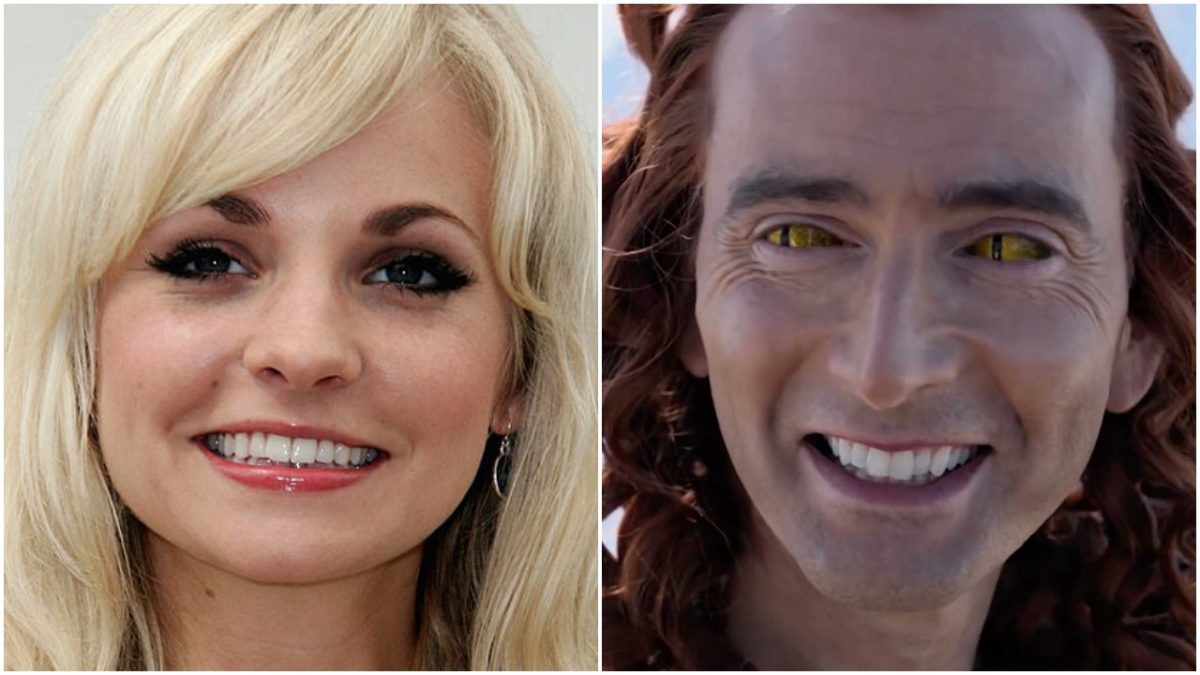 We love Georgia Tennant ’round these parts. The actress and producer has a keen social media instinct—and she was in high enough spirits after giving birth to her fifth(!) child to create a cheeky image about the baby that referenced husband David Tennant’s turn on Good Omens.

You should really be following Georgia on Instagram, where she gives a light-hearted look into famous family life, and on Twitter, where she sometimes has fun interacting with thirst tweets about David Tennant, when she’s not tweeting about activism, social issues, or musing on the nature of life, the universe, and everything else.

Just watching a one footed pigeon hobble past as I sit having a pedicure. I’m not sure what it’s a metaphor for exactly but I’m certain it is one. #pigeontoed #thebirdenofguilt

Though David is notoriously not “online,” his lovely spouse more than makes up for it with her social savvy. And she deployed this to full effect to announce the arrival of the couple’s baby, with a little help from Good Omens and the coincidence of David’s co-star Michael Sheen also recently welcoming a new baby.

Georgia borrowed the picture, at left, that Michael Sheen tweeted out upon the birth of his daughter Lyra (named for the Philip Pullman character!) at the end of September. She then paired it with a similarly-posed picture of Tennant, and added reference to their Good Omens characters, Aziraphale and Crowley, writing, “An angel, a demon, and a couple of babies. What could possibly go wrong?”

Of course, a good bit of Good Omens’ trajectory relies on Crowley, some chattering satanic nuns, and crossed wires accidentally resulting in the infant Antichrist going to the wrong home. Instead of being raised as the son of the American ambassador, as a proper Antichrist should, Adam Young ends up in the tiny hamlet of Tadfield, a “mistake” that ends up helping to avert the Apocalypse.

We appreciate Georgia Tennant having the most fun creating baby memes, generating a brief pocket of happy news within the unrelenting churn of social media. And might we suggest this has plot potential as an actual Good Omens follow-up?

Well we both look lost for a start! @georgiaEtennant pic.twitter.com/8l5gh03WU4

Congrats to all of the angels, demons, and attendant new babies making their debut. We’re positive that neither Baby Sheen nor Baby Tennant is actually the Adversary, Destroyer of Kings, Angel of the Bottomless Pit, Great Beast that is called Dragon, Prince of This World, Father of Lies, Spawn of Satan and Lord of Darkness, but they surely have adventures ahead. 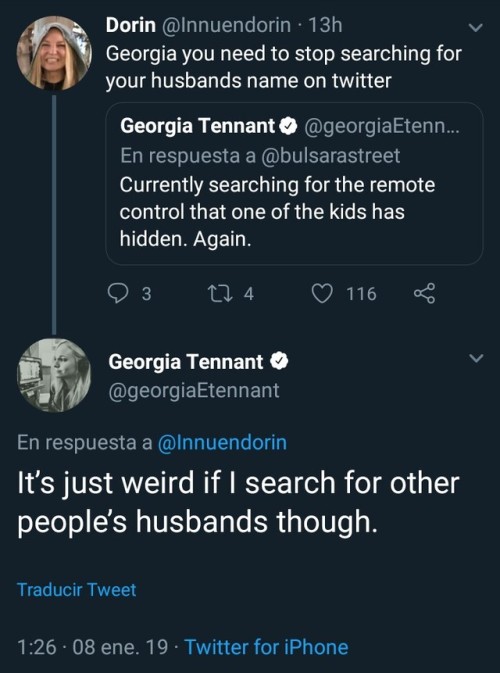