GA Governor Kemp Compares COVID-19 Vaccine Mandate to the AIDS Vaccine, a Thing That Does Not Exist 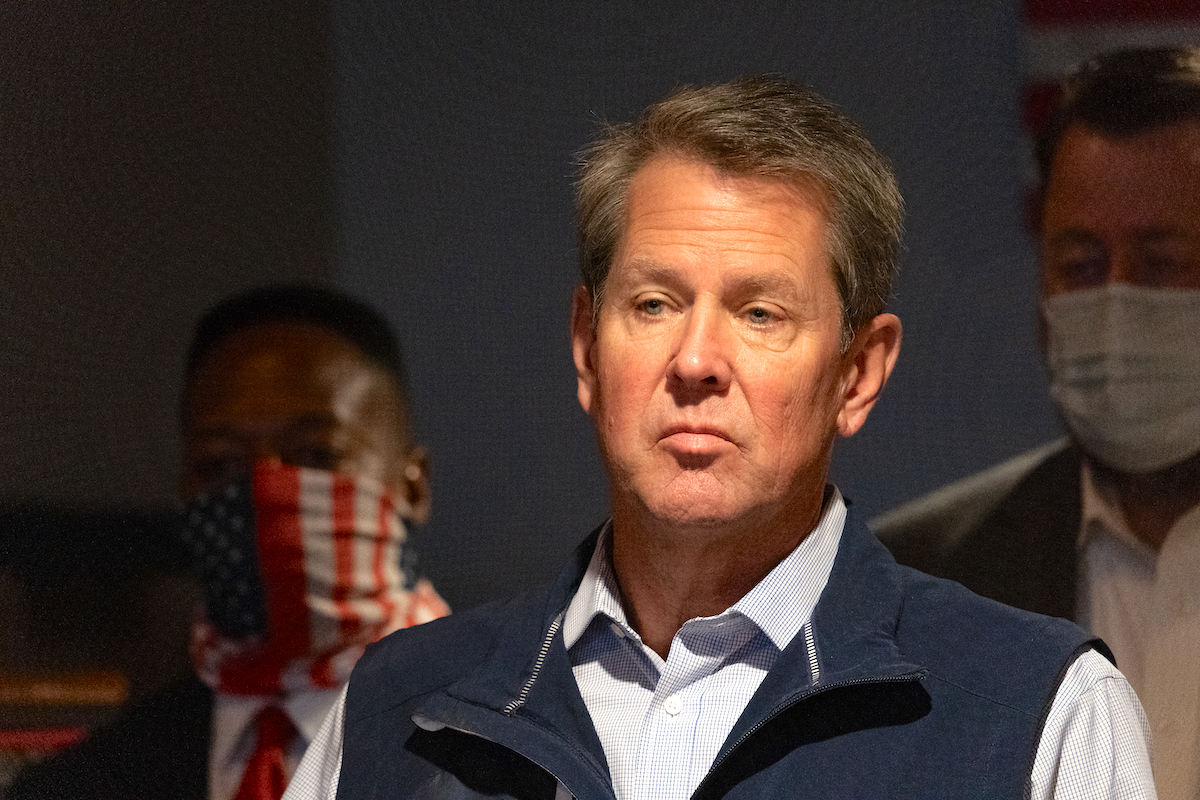 Georgia’s Governor Brian Kemp made an odd claim during a recent appearance on a right-wing podcast.

The Republican governor was on the Erick Erickson Show to discuss his opposition to vaccine and mask mandates. He accused President Joe Biden and other Democrats of trying to “bully” people into taking the vaccine as well as sending “mixed messages.” He insists that vaccine mandates simply don’t work, and as evidence, he cites a completely made-up AIDS vaccine, which he says was also mandated.

“We should focus on being civil and educating people about the vaccine and not try to bully them into taking it, and work at it that way,” he said.

“That’s basically how the AIDS vaccine worked,” he continued, despite the fact that there is not and has never been an AIDS vaccine. “You know, people wouldn’t take it early on ’cause it was mandated. They started educating people and now it’s doing a lot of good out there. And it’s the same scenario, you know, different year, that we’re dealing with right now with COVID.”

“That’s basically how the AIDS vaccine works. People wouldn’t take it early on cause it was mandated. They started educating people and now it’s doing a lot of good out there.”

Y’all going to tell him or should I? https://t.co/uSEh13bFml

As expected, Kemp is met with zero pushback from Erickson, who simply moves on with the interview. And just in case you thought maybe this was a one-time mistake from Kemp, he said basically the exact same thing nearly two months ago!

Speaking to Newsweek, a spokesperson for Kemp offered this explanation: that the governor “intended to refer to the HPV vaccine.” Which is its own set of problems!

If he had spoken about an “HIV vaccine,” perhaps he could have claimed it was a slip of the tongue and knows which is which. But he did not, meaning the logical explanation here is that he heard about an HPV vaccine and confused HPV (human papillomavirus) and HIV (human immunodeficiency virus) in his mind, presumably because he does not know those are different things. So he has been walking around thinking there is a vaccine for HIV/AIDS, and also thinking it has been mandated. And he has expressed this thought out loud, to the media at least once before, and in the two months since, no one has corrected him.

This man runs a whole state.