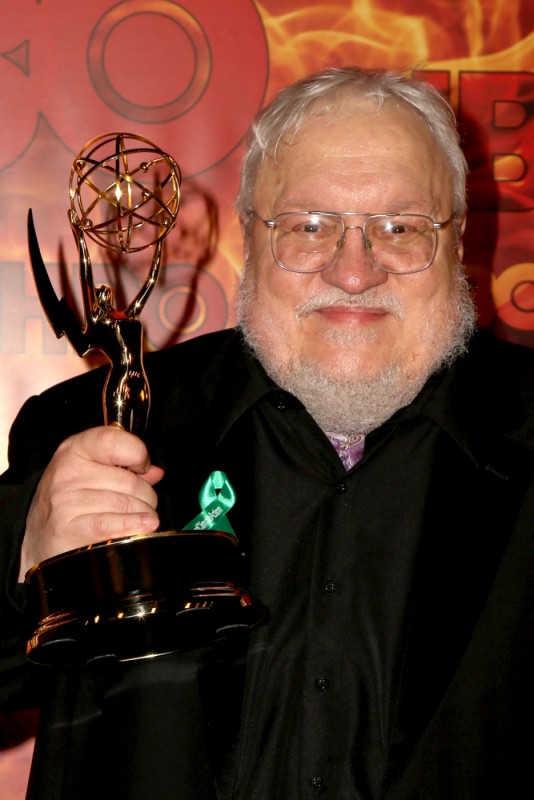 With the end of HBO’s Game of Thrones on the horizon, George R.R. Martin fans have been starting to preemptively mourn the loss. Well, cheer up! Because there’s already another Martin adaptation for television in the works.

According to The Hollywood Reporter, Martin’s Wild Cards series is being developed for television by Universal Cable Productions. For those who are unfamiliar, Wild Cards is less a series and more a world made up of novels, novellas, and short story collections. The stories are set in a world that’s sort-of like ours, except for the outbreak of an alien virus in the 1940s. Those that died of the virus are referred to as “Black Queens,” and those that survived with the virus either became superhero-like beings known as “Aces,” or disfigured creatures called “Jokers.”

Since there’s no single through-line in the world of Wild Cards, it’s difficult to tell how a television property would unfold. Not even Martin himself knows.

However, with anthology series being so popular these days, it wouldn’t surprise me if they handled this show in a similar way to say, how Ryan Murphy and Brad Falchuk handle American Horror Story. Perhaps using the same cast to play different characters in the world in different stories each season. Or, having the same characters throughout, but having new ones introduced every year in entirely unconnected stories. Who knows?

Martin is nothing if not an amazing world-builder. Wild Cards should provide a fertile jumping-off point for any number of stories. Will you be watching?