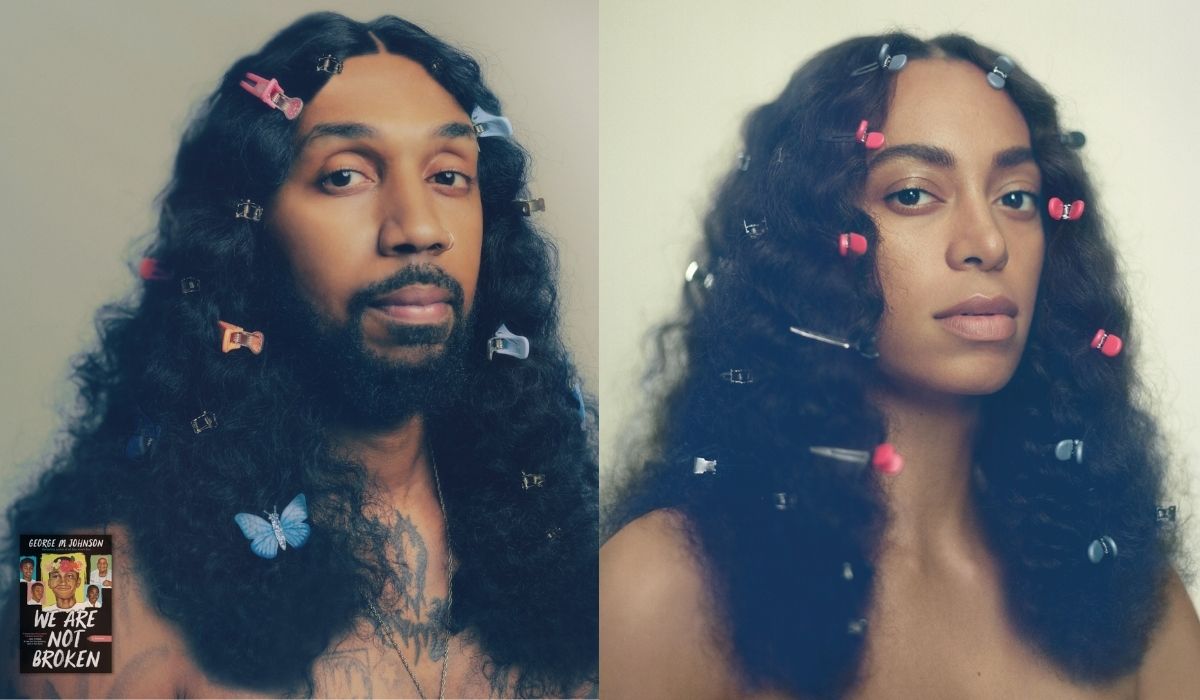 They began with the Solange Knowles’ 2016 album A Seat At The Table.

While Marc shared them listening to “Don’t You Wait,” on TikTok George shared the images set to her song beautiful song “Cranes in the Sky.”

Next up, Johnson choose Janet Jackson’s Rhythm Nation 1814 with music set to “Rhythm Nation.” They also kept the trend of using words from the song to construct a cheesy message that served as a reminder to go get their book!

Today’s inspiration for the book post is the one and only @JanetJackson. https://t.co/BVzILHiYFK
Shot by @MarcMyStyle pic.twitter.com/XAbD6FkaEI

After the terrible cover in the 2021 Cinderella movie, this was needed to cleanse the timeline.

While I lovelovelove the Solange recreation, my personal favorite is them doing Janelle Monáe’s 2018 album Dirty Computer. Monáe is one of my favorite artist of any medium, and a 24×36-inch framed poster of the Dirty Computer emotion picture remains the biggest art I own (that I didn’t make).

This one wasn’t uploaded to TikTok or anywhere with music, so I’m going to take a guess and say if it were to be paired with a song from that album, it would be set to “Crazy Classic Life” or “I Like That.” No one would be upset if the song most auditorily influenced by her collaborator Prince, “Make Me Feel,” ware set to Johnson’s images. Prince, Monáe, and Johnson all define their own gender expressions through their art and by being their authentic selves, so it is only fitting.

The final two days of images shared were talented siblings of Knowles and Jackson, Beyoncé‘s Dangerously in Love (2003) and Michael’s Thriller (1984).

While, as a recreation, it was spot on, I am kinda disappointed Johnson didn’t just stop after Beyoncé or choose almost anyone else other than Michael Jackson for their final image. Because of this book being a memoir and Jackson’s influence being so wide, I understand why he was chosen, even if it wasn’t the best choice, but the harm he inflicted on others will always be a part of his legacy.

In writing about #Trans365 (an effort of author Emery Lee to get trans stories shared detached from serving as a reaction to a transphobic controversy), I shared how much I enjoyed Johnson’s debut memoir-manifesto All Boys Aren’t Blue. So, I really didn’t need to be convinced to read Johnson’s newest book with these beautiful recreations, but I’m glad they exist. Seriously, I cannot stress enough how much I love the Solange and Monáe images.

George’s follow up novel, We Are Not Broken, is a memoir that honors Black matriarchs and Black boy joy.