George Carlin Is Trending Because 2020 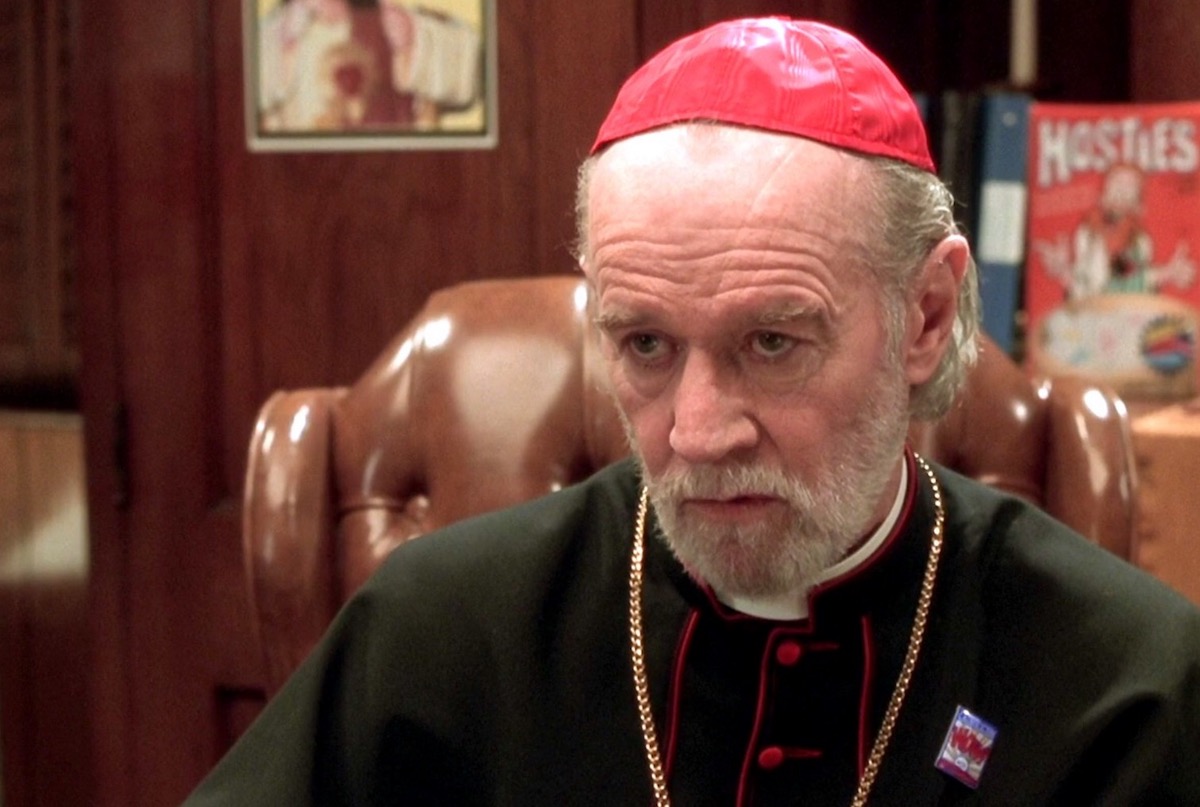 The brilliant, uncompromising, always-astonishing Carlin passed in 2008. He never saw the Trump era, but he sure as hell lambasted its ilk for decades, and he would’ve had the kind of withering/hilarious commentary that we need to make sense out of a senseless President and a senseless year.

To prove it, Carlin fans have been tweeting old clips and quotes from his bits that demonstrate the more America changes, the more it stays the same—and why we need deftly outspoken critics like Carlin, who could make us look at the stark realities of the world that we are living in.

Carlin started trending in response to the question, “Pick one stand up comedian, past or present, who would take the 2020 story and light it up.”

(George Carlin followed by that other late, great comedian and social commentator Bill Hicks, another favorite of mine, is the doubly correct answer. We will also accept Lenny Bruce.)

Carlin was the answer on many people’s Twitter tongues, and several people took the opportunity to post this video of Carlin riffing on how America works, circa 2005, mashed up with our current-day political problems:

I came here to say George Carlin but can see I’m too late :) Here he is though, with a 2020 backdrop: pic.twitter.com/EWukxluqVS

And why is this observation more relevant than ever? Carlin continues:

“The politicians are put there to give you the idea that you have freedom of choice. You don’t. You have no choice. You have owners. They own you. They own everything. They own all the important land. They own and control the corporations. They’ve long since bought and paid for the Senate, the Congress, the state houses, and city halls. They got the judges in their back pocket. And they own all the big media companies so they control just about all of the news and information you get to hear …

Sound familiar? Remind you of the dire straits of any current-day nation?

And because various ideologies like to try and lay claim to Carlin as one of their own now, back when the mash-up video initially went viral in July, Carlin’s daughter Kelly posted on Twitter to clarify exactly what her father stood for.

I guess @TheGeorgeCarlin is trending today.

FYI – he hated the politicians who favored profit/property over people.

He loathed Trump. He stood for EVERYTHING my father railed against. He saw democracy as a failed experiment due to their greed. https://t.co/ycqOjsUgFg

This wasn’t the first time Kelly spoke out about her father’s truths.

Nice to see George Carlin trending on this one. Here’s a FB post from his daughter Kelly from four years ago. I’m glad I screencapped it back then. pic.twitter.com/lnISHeCGOa

Other fans were quick to showcase Carlin moments that perfectly call out the hypocrisies that run rampant in America and society at large.

George Carlin was so so so prescient. pic.twitter.com/5QGojOyToV

George Carlin trending is the best thing to happen in 2020 pic.twitter.com/auHgAZvkiG

George Carlin is trending so here’s audio of him talking about why he hated cops & snitches (& why you should too). pic.twitter.com/CjqGwqI6yG

Aw, George Carlin is trending.
Oh, how I’ve longed for his commentary in recent years 🥲 pic.twitter.com/RJ29qLmOBB

since george carlin is trending, here’s that time he talked about why he is put off by comedians who target and bash marginalized groups instead of the powerful pic.twitter.com/yhRwfMfOjf

Since we’re quoting one of my heroes George Carlin today, you can’t tell, but I am shaking throughout the interview we did in October 23, 2007. Starts with RW umbrage over Dumbledore being gay: pic.twitter.com/by3LQpyr9m

And now we go to God Himself to weigh in with the last word:

He should never not be trending.