We Lost Bill Hicks 25 Years Ago

It's just a ride. 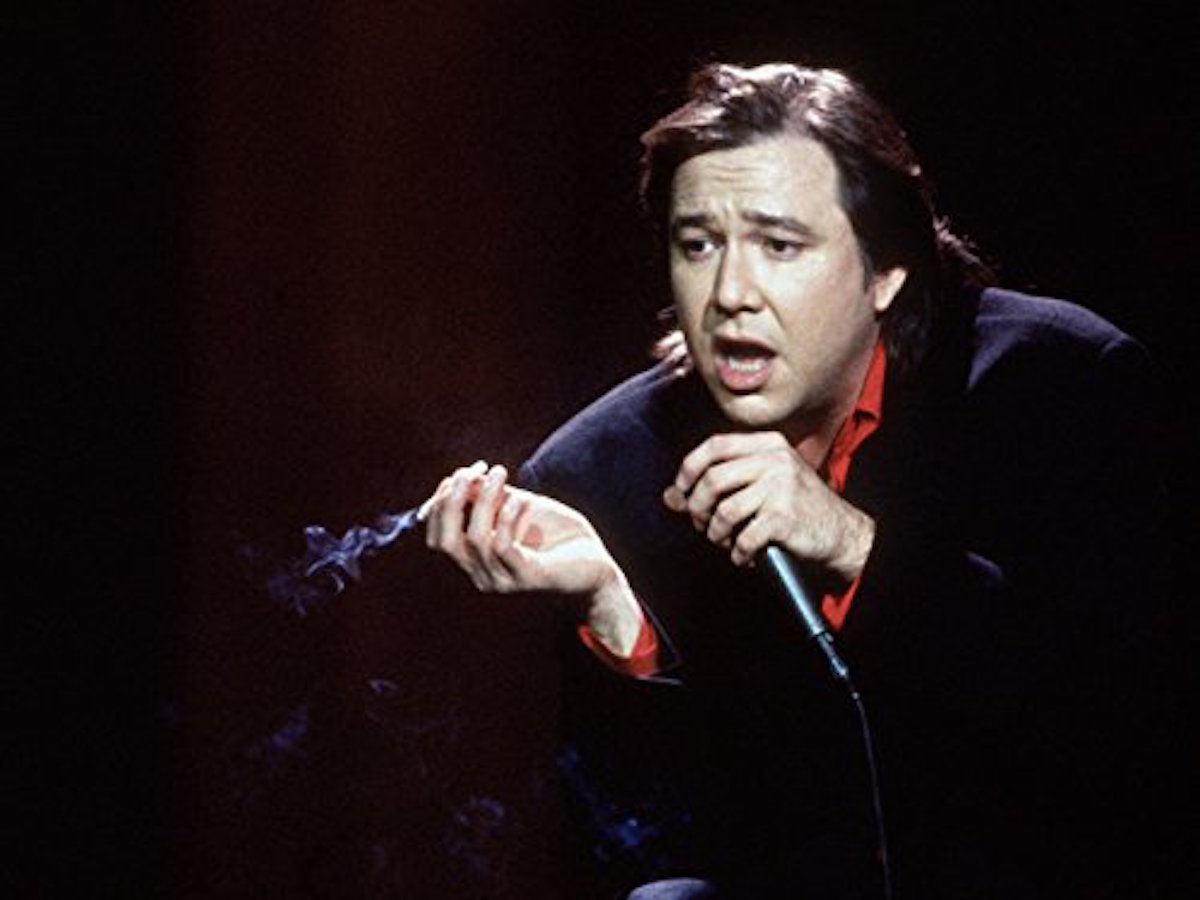 Today marks 25 years since the controversial comedian Bill Hicks’ death. Let’s celebrate his life with some of his best bits.

Bill Hicks is my favorite comedian and will probably always remain so. Some of his now-fabled “comedy” monologues, like “It’s Just a Ride,” are required viewing if you know me. It’s through Hicks’ sarcastic yet ever-honest lens that some of the harsher truths about humanity are exposed.

With insights that were brutal, sensitive, abrasive, uncompromising, brilliant and clear-eyed, Hicks had something for everyone—and the capacity to offend as many. Yet sentiments that urge us to pick love over fear as “It’s Just a Ride” does are as timeless and important now as they were when delivered more than two decades ago. The more things change …

There is a point.  Is there a point to all of this?  Let’s find a point.

The world is like a ride, in an amusement park.  And when you choose to go on it, you think it’s real, because that’s how powerful our minds are.  And the ride goes up and down, and round and round.  It has thrills and chills, and it’s very brightly coloured, and it’s very loud and it’s fun.  For a while.

Some people have been on the ride for a long time, and they begin to question: “Is this real, or is this just a ride?”

And other people have remembered, and they come back to us, and they say, “Hey, don’t worry.  Don’t be afraid, ever.  Because this is just a ride.”

“Shut him up! We have a lot invested in this ride! Shut him up! Look at my furrows of worry. Look at my big bank account, and my family. This has to be real.”

It’s just a ride.  But we always kill those good guys who try and tell us that, you ever notice that?  And we let the demons run amok.

But it doesn’t matter, because it’s just a ride, and we can change it any time we want.  It’s only a choice.  No effort.  No worry.  No job.  No savings and money.

[It’s] a choice, right now, between fear and love.  The eyes of fear want you to put bigger locks on your door, buy guns, close yourself off.  The eyes of love, instead, see all of us as one.

Here’s what we can do to change the world, right now, into a better ride:  Take all that money that we spend on weapons and defense each year and, instead, spend it feeding, clothing, and educating the poor of the world – which it would do many times over, not one human being excluded.  And we can explore space together, both inner and outer, forever.  In peace.

Hicks died at 32 in 1994 from pancreatic cancer. There were times during the George W. Bush era when things in America looked so bleak I would often stop and think what sort of sharp-edged, spot-on, acerbic treatment Hicks would give Bush’s war and fear-mongering. But I can’t even begin to imagine how he would react to the Age of Trump.

Since we can’t know what a present-day world with Bill Hicks would be like, we can at least be grateful that the wonders of the Internet have preserved some of Hicks’ finest material.

Here’s his controversial 1993 appearance that was banned on Letterman because the segment contained material CBS found objectionable, including jokes about religion and the anti-abortion movement. Letterman finally aired the banned segment in 2009 with Hicks’ mother Mary as his guest.

Oh, and this one:

As Comicbook.com points out, comics fans might recognize Hicks from his depiction in Garth Ennis and Steve Dillon’s Preacher.

Hicks’ unique brand of humor wasn’t universally beloved, and it surely will not be to some people’s taste if you’re just discovering him now. But there’s no doubt in my mind that the world is much poorer without him, and that I’ll always wish we could hear his distinct voice on the absurdities of our time.