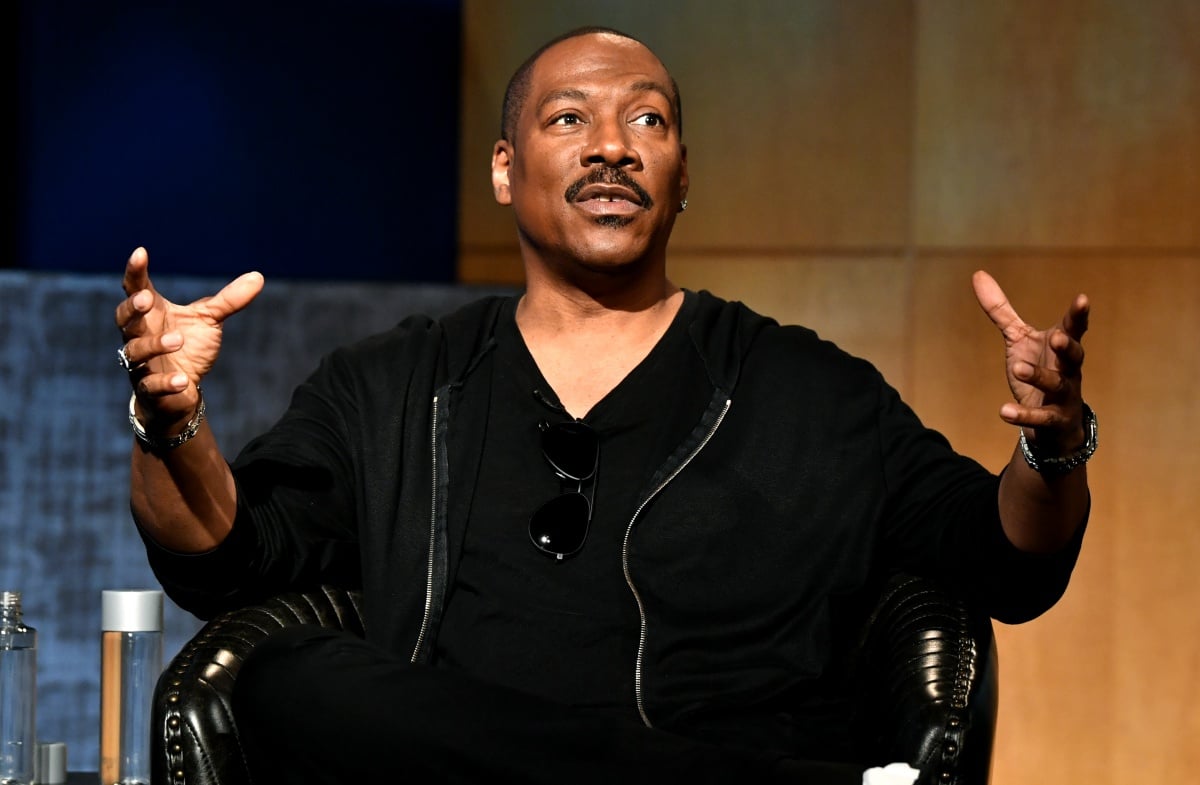 With the continued conversation over what is good and bad for comedy, I was really excited to see the newest New York Times interview from legendary comedian Eddie Murphy and a clip circulating about the late, great George Carlin.

With the controversy around SNL’s hiring and subsequent firing of comedian Shane Gillis over his racist jokes, I’ve seen a lot of comedians come out to defend Gillis on principle without ever seeming to get that the offensive stuff he said was not even actual jokes. Not that it would matter to me, but it isn’t as if they are defending his “craftsmanship,” just the idea that comedians should get a pass on being racist about things because it could be a joke.

The video with George Carlin from a 1998 interview with Larry King was the talk of Twitter on Saturday, after being posted by Blacklist writer Aiah Samba.

Wow, this is from 1990. And I thought us “sensitive” folk didn’t understand the unfunny punching down jokes from these “comedians”. Interesting pic.twitter.com/2jU5Xj6pA3

Carlin has always been one of my favorite comedians, and while, yes, there are places where we diverge, overall, his humor was excellent, and I really respect the way he spoke truth to power. In the King interview, he explains how “Comedy has traditionally picked on people in power, people who abuse their power. Women and gays and immigrants, to my way of thinking, are underdogs.”

This is part of his criticism of fellow comedian Andrew Dice Clay, who I hear is now touring with Roseanna Barr, so it’s a two-for-one of mess. Carlin makes it clear that he respects Clay’s right to say what he says and would defend that, but that when it comes to the comedy, he thinks “[Clay’s] core audience is young white males who are threatened by these groups. I think a lot of these guys aren’t sure of their manhood, I think that’s often a problem when you’re going through adolescence… and the women who assert themselves and that are competent are a threat to these men, and so are immigrants in terms of jobs.”

He was so ahead of his time that some of his 90s specials sound like they were done for this decade! pic.twitter.com/mCuNvfzouz

As for Eddie Murphy, he has returned with a thunder, despite taking a career break, with his acclaimed movie Dolemite Is My Name and the upcoming Coming to America 2. In an interview with New York Times journalist Jason Zinoman, he explained that when he looks back at one of his old sets in Raw, he sees himself as “kind of an asshole” for his “corny jokes” about women and relationships. He also addresses that being picketed and called out for problematic comedy is not new.

“I went through all that stuff, so this is not scary,” he said about controversies over jokes. He pointed that he had been picketed and had also apologized for material about AIDS that he now calls “ignorant” before adding, on the subject of anxiety by comics today: “All this stuff they are talking about: ‘Hey, welcome to the club.’”

Not to mention, Murphy has had to apologize for those things. In 1996, he spoke about his regret for making the AIDS jokes, saying, “I deeply regret any pain all this has caused” and addressing that he had educated himself from the person he was when he was making those jokes. This was made in light of San Francisco Board of Supervisors member Tom Ammiano demanding that Murphy’s appearance that evening on The Late Show With David Letterman be canceled. Murphy also had to acknowledge that he hadn’t actually apologized for the jokes in the first place.

And you want to know what Ammiano’s response was?

I think it’s great. I think it’s terrific. He pointed to the fact that education is important for all of us, and that was the thrust of the press conference. I feel very gratified that he has seen the light. This issue is bigger than Eddie Murphy, and a statement like this is very helpful in terms of quashing misinformation. Personally, I think this really shows growth. The statement is overdue and now the air is clear.

David Smith, a spokesman for the Human Rights Campaign Fund in Washington, D.C. at the time, also said, “This statement certainly does sound as though Murphy recognizes the impact his past statements have had on the gay community,” Smith said. “It’s important for people in the public eye like Eddie Murphy to recognize they set a tone for the general public. . . . While it (the apology) is late, it’s a step in the right direction.”

Murphy also put his money where his mouth was and donated to AIDS/HIV research.

It’s not that hard.