Gender Reveal Parties Will Kill Us All

Even the creator of gender reveal parties wants you to knock it off already. 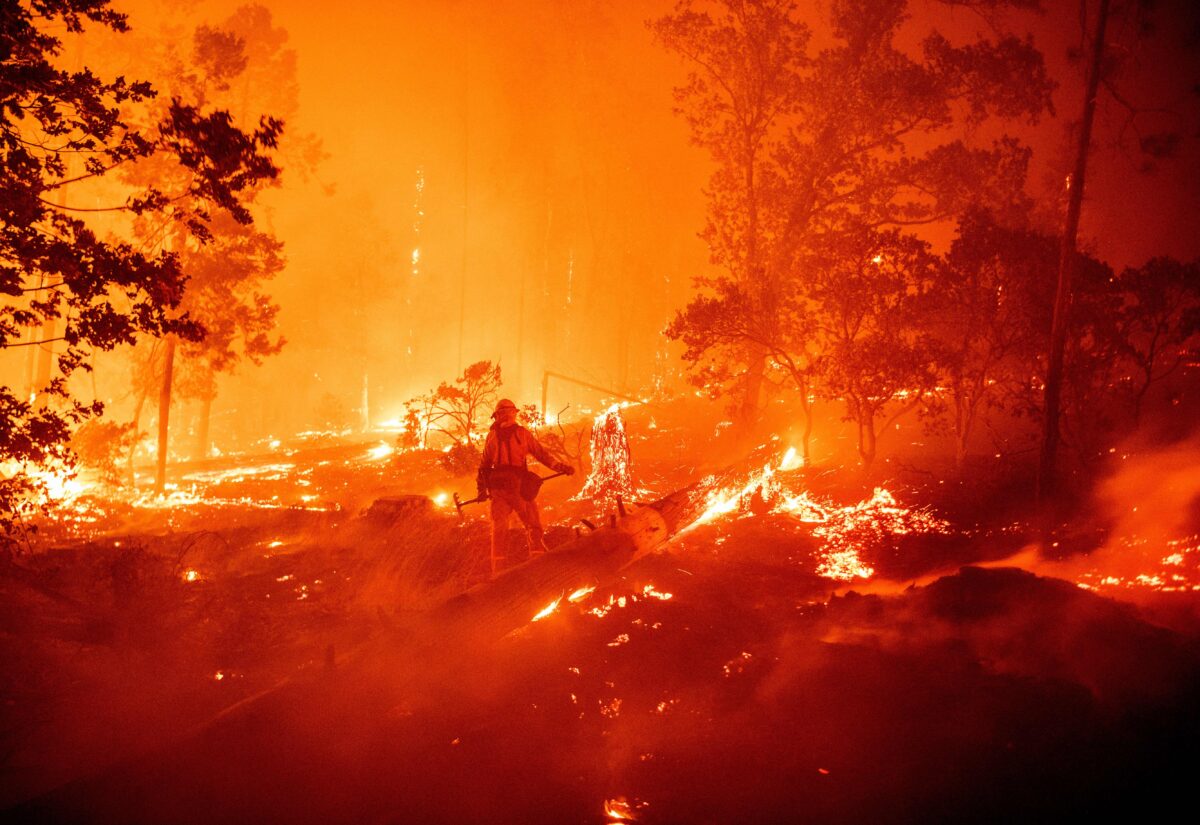 An expecting parent is confronted with a laundry list of decisions to make. Breast feeding or formula? Co-sleep or bassinet? Cloth or disposable diapers? And then, of course, there’s the question of gender. Do you find out or keep it a surprise? Do you tell people or wait for the birth? And if you do tell people, will you just tell them or will you announce it in a gender reveal party?

And if you choose to have said party, will it be a casual backyard affair or a horrific wildfire that scorches over 7,000 acres in southern California? A couple in Yucaipa used a smoke-generating pyrotechnic device to reveal their baby’s gender, which started a wildfire in El Dorado Ranch Park on Saturday. Thanks to dry conditions and a scorching heat wave, the fire quickly spread, forcing over 3,000 residents to evacuate.

And believe it or not, this isn’t the first time a gender reveal has caused mass destruction and disaster. In 2017, an Arizona man revealed his baby’s gender using a rifle and the explosive Tannerite, which caused the 45,000-acre Sawmill fire. The father pleaded guilty and was sentenced to five years’ probation and a $220,000 restitution payment.

And in 2019, a grandmother-to-be was killed when she was hit with shrapnel from a gender reveal explosive device. Jesus Christ, people.

The gender reveal party, which seems ubiquitous on social media, is a relatively new tradition. Jenna Karvunidis, the creator of the party, held hers in 2008, and since then expecting parents have created increasingly elaborate stunts to reveal the gender of their baby. There are gender reveal cakes, black balloons stuffed with blue or pink confetti, fireworks, and even an alligator gender reveal:

But now, Karvunidis has major regrets about the trend. She has previously said, “Who cares what gender the baby is? I did at the time because we didn’t live in 2019 and didn’t know what we know now ― that assigning focus on gender at birth leaves out so much of their potential and talents.”

And in a Facebook post this weekend, Karvunidis wrote, “Stop it. Stop having these stupid parties. For the love of God, stop burning things down to tell everyone about your kid’s penis. No one cares but you.”

Gender reveal parties are gross for several reasons. First of all, your unborn child’s genitals do not determine how they will identify in the future. Gender reveal parties deal in dated gender norms that reinforce damaging heteronormative ideals, with zero understanding of gender as a spectrum. So many of these themes are entrenched in binary stereotypes, like “pistols or petit-fours” and “touchdowns or tutus.”

And let’s be real: gender reveal parties are a scam to get more baby gifts. They’re an excuse to throw two baby showers and rake in some more free baby merch. We see you.

Will the El Dorado wildfire knock some sense into people and stop the “extreme gender reveal” trend? Probably not. Humans are daft, and we love to explode things. But hopefully this will make people think twice, and maybe just buy a dyed cake and call it a day. Many took to social media to mock gender reveals and express their frustration at the couple who started the fire. ALSO, who is throwing a party during COVID-19?!

If your gender reveal party kills a bunch of people it’s most likely a white male.

By the way, there’s ash all over Southern California because of pyrotechnics at a gender reveal party and the case against the gender binary is getting stronger every single day.

Gender Reveal Party on the citadel circa 2186 pic.twitter.com/yBoBSMdOof

Throwback to my gender reveal in the Earth Nation forest pic.twitter.com/4wVW6RUtOu