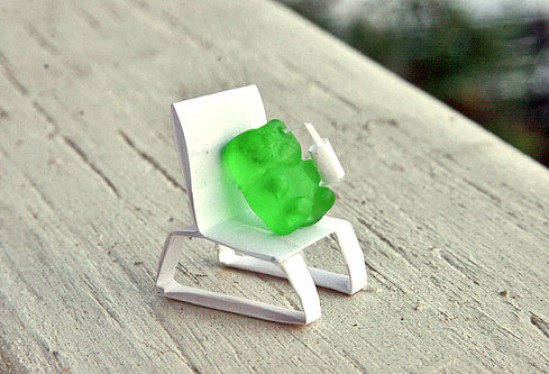 A paper published in the Journal of Agriculture and Food Chemistry has made known that there have been successful experiments in which human genes were inserted into yeast in order to grow “large amounts” of human gelatin. The journal’s publisher, the American Chemical Society, feels that the human gene gelatin could become a substitute for all of the animal-derived gelatin being used in common products, like marshmallows and candy. One can’t help but feel that replacing animal parts with genetically grown human bits isn’t exactly the next logical step for which animal rights groups have hoped.

The Food Standards Agency said there would be a restriction on the sale or importing of the human-based gelatin, due to requiring a pre-market safety assessment, but scientists feel the human-based gelatin would not pose a risk. Senior scientist Dr. David Olsen of FibroGen, a company that specializes in genetically engineered gels and seems like it’d be the guilty party in a sci-fi show about enslaved human clones:

“There’s a very high degree of similarity between gelatin that comes from a cow, a pig, and a human.

So due to their similarities, I can’t see why there would be a health risk to it. It’s a very similar protein to what people have been ingesting for many years.”

Human genes are already used for certain products, such as insulin, and the bane of sports league commissioners everywhere, human growth hormone. The Beijing University scientists responsible for the human-derived gelatin believe their gelatin provides various health advantages over animal gelatin, such as less allergic reactions to human-derived gelatin in vaccines, and less of a risk of transmitting animal-borne diseases.

Though the human gelatin is actually derived from yeast modified with genetic sequences found in humans, rather than actually being derived straight from human tissue — which means consuming a product with the gelatin isn’t technically cannibalism — it still begs the question if the human public is likely to accept a consumable product when they know it is made with human gelatin.