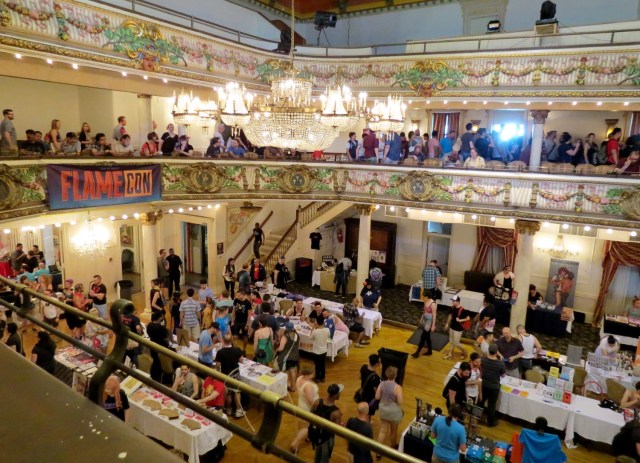 This past weekend Grand Prospect Hall in Brooklyn, New York was home to Flame Con, the very first LGBTQ genre convention hosted by Geeks OUT! I was honored to be a guest and happily surprised with what I experienced there.

You may recall back in November of 2014 when Geeks OUT successfully Kickstarted a one-day convention specifically geared toward the LGBTQ geek community. I pictured a small gathering of likeminded folks getting together for a fun afternoon. What I didn’t expect, but was extremely happy to find, was a professionally produced event that blew some other well-known conventions out of the water.

The venue itself blew me away. As you can see in our image above, it’s mighty fancy and certainly from a different era. But that didn’t mean scooter-using Jill wasn’t going to be able to get in! After entering via a ramp at the side of the building I quickly found my way to their old fashioned elevator thanks to these signs.

The COOLEST elevator signs at @flamecon!!

And after checking in, what did we find but pronoun stickers for attendees!

There was also a Them/They/Theirs one I accidentally cut off.

Besides the main hall filled with diverse creators, there was also balconies to hang out in and GaymerX had their own lounge which featured gaming tables and notables from the industry. 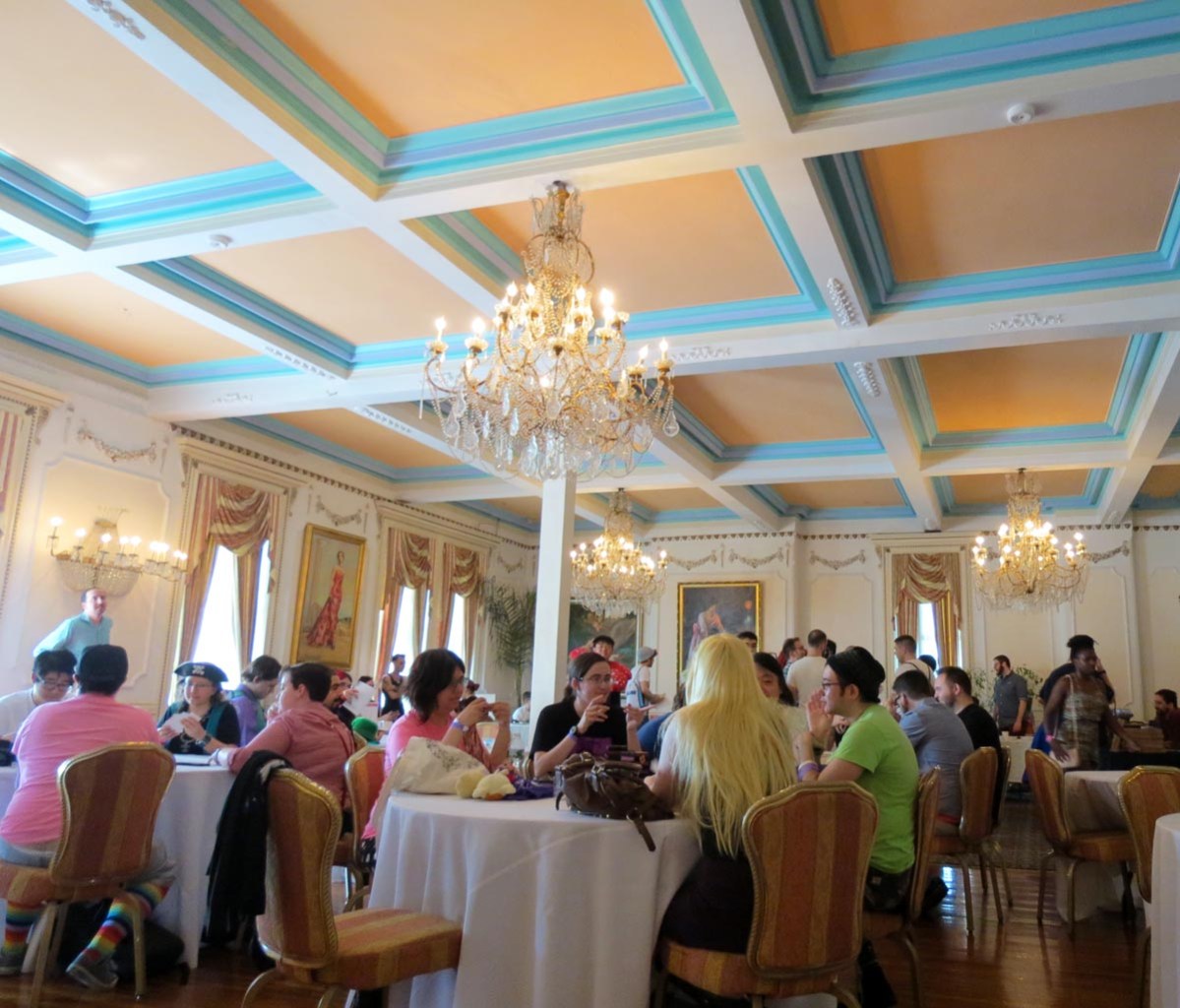 I moderated a panel called “Women Creating Awesome” with panelists Amber Love (Amber Unmasked, host Vodka o’Clock podcast) and Jennie Wood (Flutter, A Boy Like Me). A great group of folks stuff with us even though the room was an unfortunate sauna.

Overall though, I can honestly say I’ve never felt a more welcoming atmosphere at a comic convention. From my perspective, the hall staff never blinked an eye at the amazing cosplayers they probably weren’t used to seeing or the all-genders bathrooms. And huge congratulations to the Flame Con staff who were calm and collected through the entire day even though I’m sure they were super stressed trying to make sure everything went smoothly. Hint: barring the few climate related issues, I still cannot believe how smoothly this con ran. Seriously. Bravo!

We also got a statement from Geeks OUT Founder Josh Siegel about the con, which had 2,200 people in attendance!

We all kind of knew it was going to be amazing, right?

You don’t get a little group of volunteers to work so hard piecing together an event like Flame Con without being pretty sure you are on to something great. That said, Flame Con exceeded all of our expectations. The sheer volume of creativity and positivity coming together at the Grand Prospect Hall was staggering. With over 2200 attendees, it was one of the biggest events of its kind. Fans got to meet some of their favorite LGBTQ pop culture personalities who rarely get top billing, creators got to share their work with people who really understand what they’re about, vendors reported better sales in our 6-hour con than what they take from a day at New York Comic Con (the largest Comic Con in the U.S.), and performers got to rock the house in the most outrageous variety show we’ve ever put together. What a day!

Now that the flames have died down, we are beginning to think about next year. Things certainly weren’t perfect. Putting on an event in an historic venue like the GPH was a challenge, and having never done this before, we definitely learned a lot. We are listening to everyone’s feedback and taking comments to heart so that Year Two will be even bigger and better.

We owe a huge thanks to everyone who supported, promoted and believed in Flame Con. To see an entire community of people manifest on an unprecedented scale is an incredible feeling. We couldn’t be more stoked.

The only downside I heard mentioned during the day was that Flame Con was already such a huge success it would need to grow even larger next time. Here’s hoping! 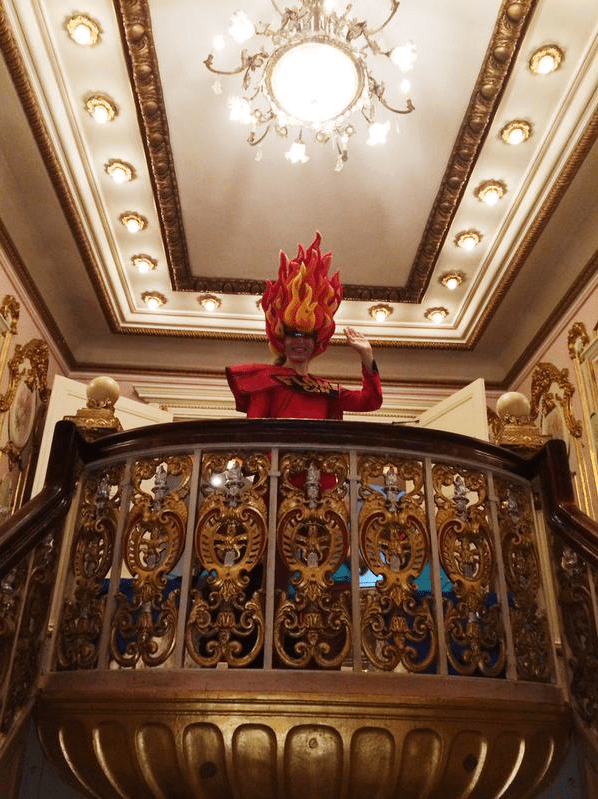