The Geekosystem Podcast Episode 38 “Sisterhood of the Traveling Anchor Suit”

Amity, as you know, means "friendship." 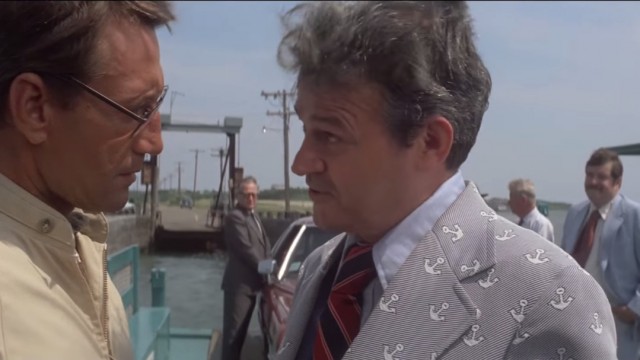 We’re back after a holiday weekend with tales of how we spent the Fourth of July, speculation on the fate of the “anchor suit” from Jaws, weird church stories, we try to gaslight each other about the definition of “gaslighting” someone, and give you our Editors’ Picks for the week. Enjoy!

In the episode we talked about the anchor suit from Jaws and I mentioned that I thought comedian Paul F. Tompkins may have purchased it, but it seems the one he wore on @Midnight was a reproduction. This revelation in no way alters our collective desire to see a web series starring Tompkins and Dave Hill sharing the suit as they have a summer full of wonderful adventures. Let’s get Jesse Thorn in there too.

Maybe Yahoo! Screen could pick it up? They saved Community and we all struggle to figure out exactly what Yahoo! Screen actually is. One thing’s for sure. It’s not YouTube.

For reasons I don’t remember, I also gave recaps of Rambo: First Blood and Dirty Dancing despite not having seen either film. I plan on watching them this week to see how they hold up to my obviously spot-on interpretations.

For your Editors’ Picks this week, Dan actually recommends Yahoo! Screen and figuring out what it’s all about. 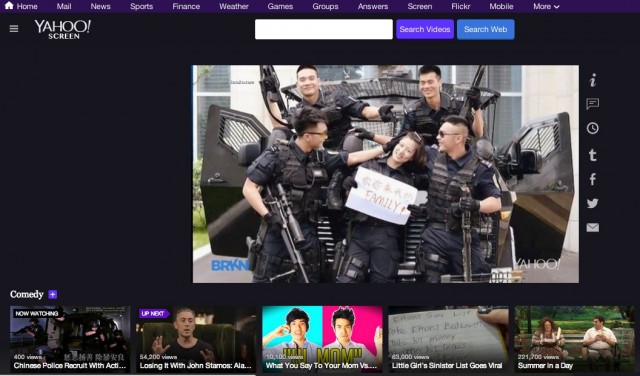 I picked something I know basically nothing about this week, because I think we should all familiarize ourselves with it now that it has saved Community, and that is Yahoo! Screen. As far as I can tell with tinkering with it for a total of less than five minutes, it’s YouTube from a bizarro universe where Yahoo is still a thing people use. From what I can tell, it’s entirely free and ad supported like YouTube, so hopefully we won’t have to sign up or pay a monthly fee to watch Community when the sixth season becomes available. So poke around and get used to it, because you’re going to need it soon.

I played through a fun little puzzle side-scroller on the PS3 that I think you might enjoy.

After beating everything I feel needs beating in the Arkham games, I’ve decided to move on to something a little lighter and finally played Stealth Inc: A Clone in the Dark. It was free as part of Playstation Plus a few months ago, but it’s been sitting unplayed for a while now. It’s a fun little puzzle game that’s sort like a side scrolling Portal in tone. You’re a clone in a lab going through “testing.” You have to avoid detection and use your environment to move through increasingly difficult levels.

It’s not really high art, but it’s a fun way to kill a weekend. As I mentioned on the show, one-year-old babies are terrible at this game.

Carolyn had time to kill on a road trip and killed it with NPR’s Says You! 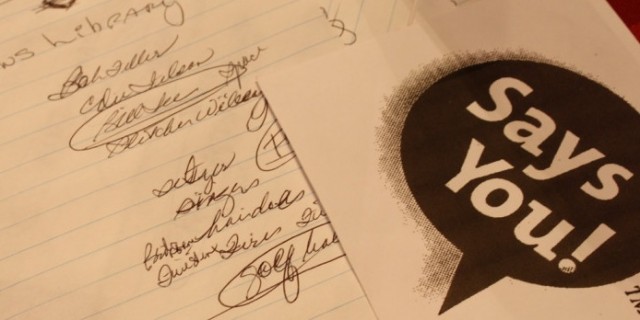 This week I’m recommending Says You!, an NPR show that I stumbled on during a 4th of July road trip and that may already be familiar to people who spend more time in cars than I do. For fellow NYC residents who have to make a conscious decision to sit down and listen to the radio (or download a podcast), if you’re a nerd for words and you enjoy listening to smarty-pants linguists manipulate the English language, I definitely suggest giving this program a listen. The show features games dedicated to cryptic puns and discovering derivation, my favorite of which is a bluffing round in which panelists must guess the correct definitions of a “mystery word.” Thanks to “Says You!” I now know several terms for “a larger than usual fly.” That is applicable, essential knowledge! I swear!

Victoria is pretty focused on Sailor Moon’s new series (which you should not be pirating, by the way) but still had time for some gaming thanks to an Avatar mod for Civilization V. 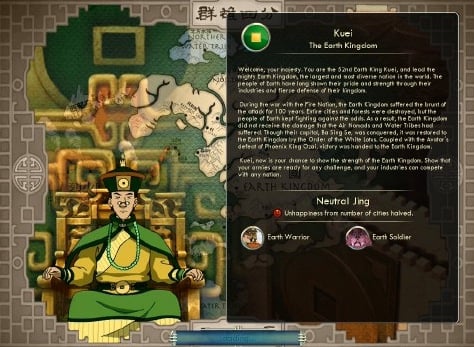 My picks are twofold today. Obviously I think you should all watch the first episode of Sailor Moon Crystal on Hulu because it is beautiful and magical and amazing, but I’ve also spent a decent amount of time playing the Avatar: The Last Airbender mod for Sid Meier’s Civilization V. It’s pretty much the best. There’s even a scenario setting that lets you actually start all four nations in the right place on the map, which really makes me feel a lot better because as much as I love getting to play as Queen Elizabeth in Central Asia (just kidding I actually don’t. Her naval advantage is useless there), I NEED the Earth Kingdom to not be in a tundra, thanks.