Geek Etiquette: Is the Kid in That Apple Christmas Commercial Being Rude? 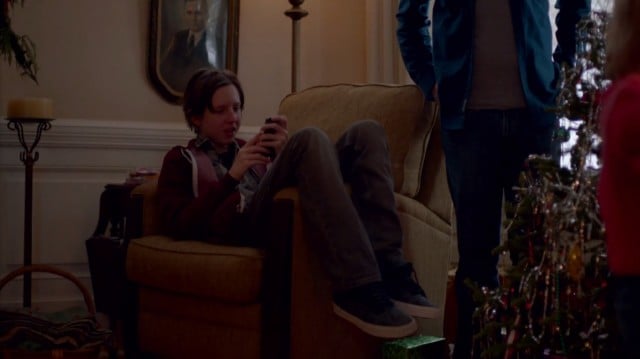 We’re pushing out our Geek Etiquette post a few days early this week, because it ties in nicely with Apple’s latest ad depicting a teenager seemingly putzing around on his phone during a family holiday, only to reveal he’s been cutting a cute little movie together. We ask: Movie or no, is that kid being rude to his family?

If you haven’t seen the ad in question, here it is:

Get it!? It looks like he’s being a weird teenage jerk, but he’s actually being an adorable little tech geek. There’s a lot going on here. It plays to the stereotype of “kids these days with their cellphones,” but also brings up the question of etiquette at family gatherings in these futuristic times. It’s easy for people to look at a kid playing with their phone and assume they’re being distant, detached, and impolite — but in this example, is the young man being rude?

The message of this commercial is simple. Just because the kid looks like he’s being aloof and playing with his phone, he’s still engaged with his family, except that he isn’t. Yes, he’s doing the family a service by capturing the holiday fun and cutting a sweet little video out of it, but he himself isn’t present in the activities. He’s making this thing for them at the expense of his own participation. The ends may justify the means, but he’s still being rude.

If you’re with a group of people, there’s a social obligation to interact with them. We love our phones more than we love most people we know, so we’re not saying pulling your phone out to send or check messages, emails, or tweets from time to time is necessarily bad, but to constantly be doing it at the expense of the people around is rude. There are, however, exceptions.

Let’s say you’re at a family gathering for the holidays and everyone is gathered in the living room watching the feetball game. Their attention is collectively fixed on the TV, so you have every right to fix yours on your phone. They can’t fault you for using one electronic device while they stare dumbly at another one. Clearly, the TV has a bit more history in the home and people have generally accepted it, but it’s still a device people are looking at.