70% of Americans on Facebook Have at Least One Gay Friend

Fun fact: Gay friends are exactly like straight friends, except that...no, wait. They're all just your friends. Never mind. 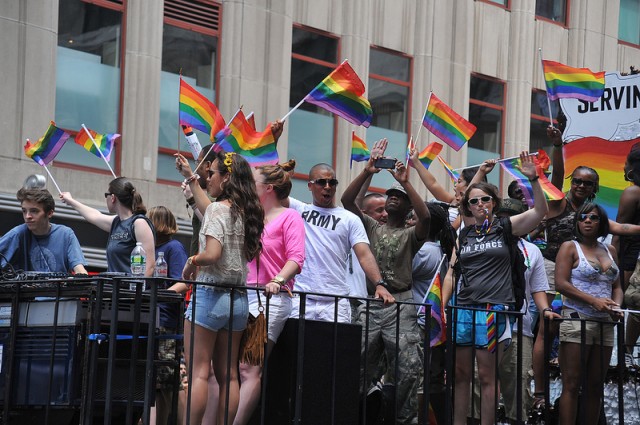 Why have issues like gay marriage moved into acceptance in the last few years? Well, lots of reasons, many of which are heartening signs of maturity and evolution in our society. One key contributor, though, is that it’s hard to support the denial of basic rights to a group of your fellow citizens and human beings when you’re getting together for drinks with a few of them later in the evening, and for more Americans than ever before, that’s exactly the case. According to statistics released to the Washington Post earlier today, 70% of Americans on Facebook have at least one friend on the site who identifies as gay, lesbian, or bisexual.

Now, of course, not all Americans are on Facebook, and not all Facebook friends are people you are actually close to. Even the 70% number itself comes from something of a black box, statistically. Facebook didn’t reveal how they determined sexuality in user profiles, though we have to imagine the gender of the person in the profile and the little boxes you click to indicate if you’re interested in men or women factored heavily in determining the statistic. The figure, released to coincide with Pride Week events scheduled all around the world this weekend, dovetails with other polls, all of which point to the same conclusion — more and more Americans couldn’t give a damn if they’re friends, family, and co-workers are gay.

Even if it’s not groundbreaking, the statistic is one more drop in a bucket that seems increasingly filled with tolerance for people whose sexual preferences may be different from your own. That’s a measurably good thing, and even if we still have a long way to go, it’s nice to know we’re on the right track.