The California governor wants private citizens to be able to sue gunmakers. 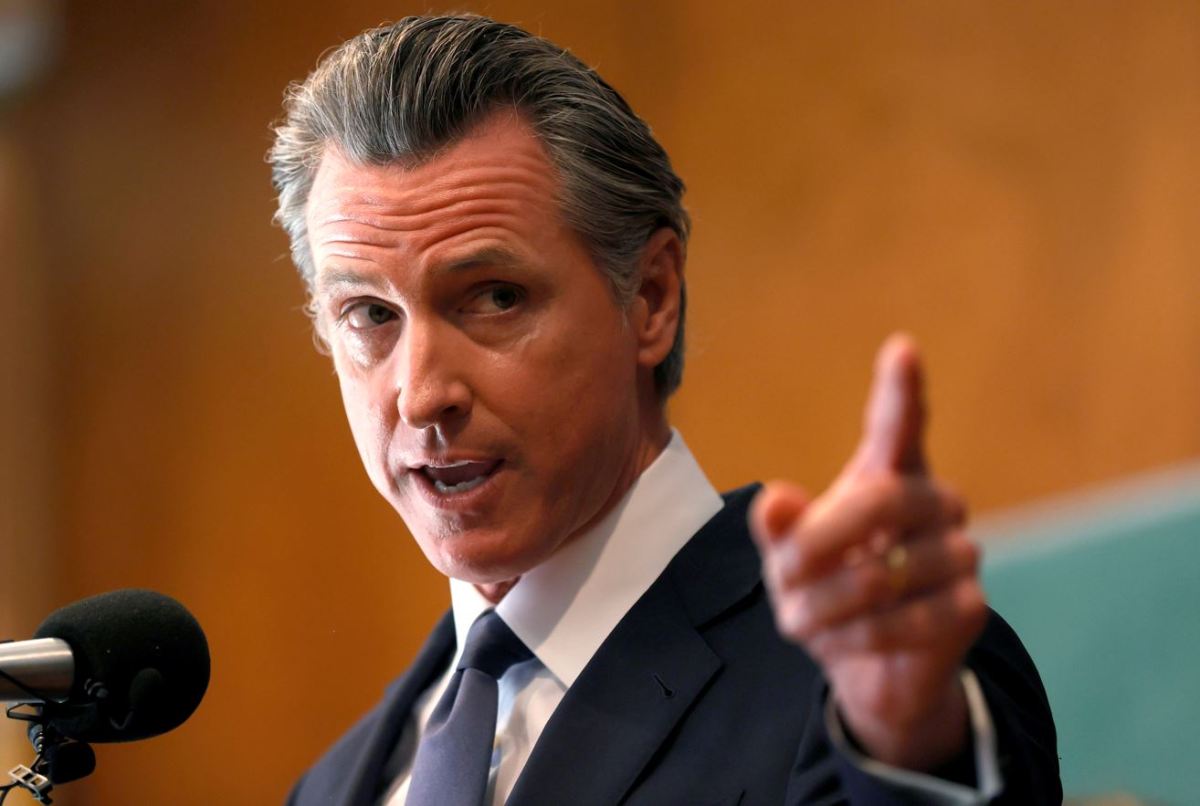 California Governor Gavin Newsom is taking inspiration from Texas’s draconian abortion ban to implement his own state’s assault weapons ban. In response to the Supreme Court upholding Texas law S.B. 8, Newsom released a statement saying, “I am outraged by yesterday’s US Supreme Court decision allowing Texas’s ban on most abortion services to remain in place, and largely endorsing Texas’s scheme to insulate its law from the fundamental protections of Roe v. Wade.”

If that's the precedent then we'll let Californians sue those who put ghost guns and assault weapons on our streets.

If TX can ban abortion and endanger lives, CA can ban deadly weapons of war and save lives. https://t.co/N5Iur9PEUZ

He continued, “But if states can now shield their laws from review by the federal courts that compare assault weapons to Swiss Army knives, then California will use that authority to protect people’s lives, where Texas used it to put women in harm’s way.”

Newsom is referring to S.B. 8’s citizen enforcement, where private citizens from across the country can sue anyone who has had an abortion, as well as anyone helping a person to procure an abortion, from family and friends to rideshare drivers to nurses and doctors. Those private citizens may be entitled to a $10,000 bounty for ratting out those involved, a dangerous and difficult to enforce incentive that could quickly clog the judicial system.

Governor Newsom now wants to take that framework and apply it to manufacturers of ghost guns and assault weapons. He now has his staff working with the California Legislature and Attorney General to on a bill which would allow private citizens to sue to enforce the state’s ban on assault weapons. Citizens would receive up to $10,000 per violation, in addition to reimbursed costs for legal fees from “anyone who manufactures, distributes, or sells an assault weapon” in the state.

“If the most efficient way to keep these devastating weapons off our streets is to add the threat of private lawsuits, we should do just that,” Newsom said.

California has long banned the manufacture and sale of several assault weapons, but a right-wing federal judge overturned the ban in June. In his ruling, US District Judge Roger Benitez compared the AR-15 rifle to “a Swiss army knife” calling it “the perfect combination of home defense weapon and homeland defense equipment.” The state is currently appealing the judge’s ruling.

Thank you @GavinNewsom. Applying the law as newly certified by the SC to genuinely save lives. California and our nation is fortunate to have your leadership. https://t.co/ct6dmN0W6x

BREAKING: California Gov. Gavin Newsom just announced that his administration will make it easier for private citizens to sue people who sell assault rifles and parts for untraceable ghost guns, an approach modeled on Texas’s attempt to prohibit abortions. https://t.co/aZjX1mK4TP

Given that many elected Republicans want to bypass the Constitution, undermine democracy & endanger the lives of the American people, this is how Democrats need to respond-Adapt & utilize these tactics to actually protect American lives. Thank you Gov. Gavin Newsom. Lead the way. https://t.co/ha5SwLcR2R