Two Turntables and a Gaumont Chronophone: A 1910 DJ Setup? 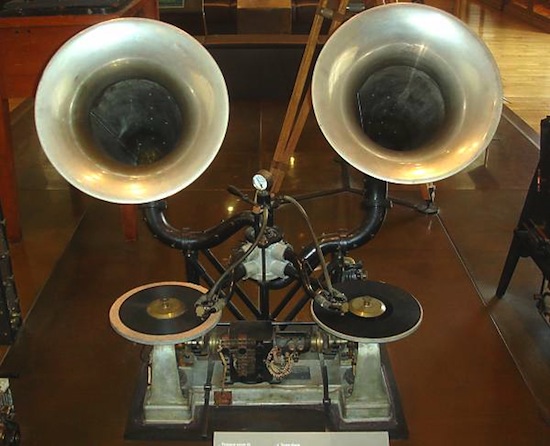 Okay, so it’s not really a DJ setup, nor is it from the set from a poorly conceived Steam Punk movie. This is a Gaumont Chronophone, and is one of a rare breed of air-compressor powered gramophones. But if it wasn’t for dropping “fat beats,” then what was it used for?

The answer is a bit surprising. According to The Museum of Retro Technology, this device was used to provide synchronized sound for movies. Because records of the time were very short — playing a breakneck 78 RPM — a technician would start one record, and have the next one ready to begin playing the moment the first one finished. Thus, a complete soundtrack could be provided to a film.

The compressed air amplification is apparently quite successful. According MRT, the Chronophone was loud enough to be heard in auditoriums seating 4,000 people. It also appears to have a rudimentary form of “crossfading” so that the transition from platter to platter would sound seamless. From MRT:

An air hose goes to each valvebox from the control valve just under the air pressure gauge; I suspect that this control valve allowed the operator to crossfade between the two gramophones. DJ in the house! 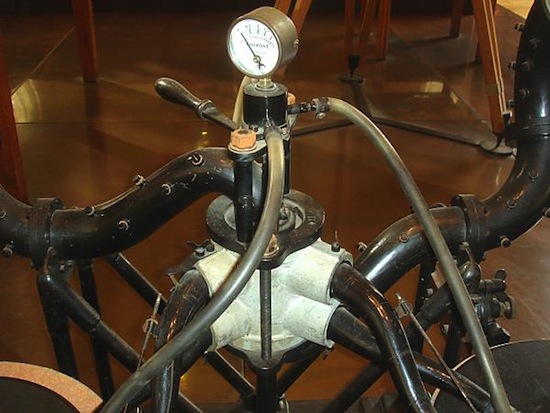 So the next time you want to set up the perfect analog film viewing experience, throw out the VCR and surround sound and opt for a celluloid projector and Gaumont Chronophone. Because nothing says “sound quality” like a century-old record player that resembles a piece of siege equipment. 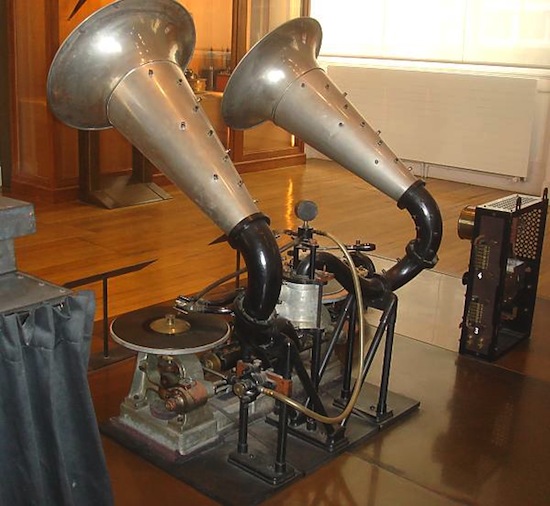 (The Museum of Retro Technology via @Radiolab)