Will Gary Ross Return to Direct the Hunger Games Sequel? 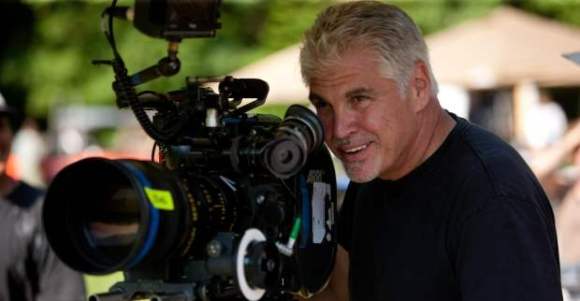 In what is not surprising, but still pretty exciting news, the sequel to The Hunger Games, Catching Fire, will be coming to the big screen in November 2013! But there are a few obstacles in their way before this movie can even be made. Don’t worry, all the stars are attached, even though Jennifer Lawrence is also signed on for another X-Men movie. There are also some questions about director Gary Ross returning. (Hint: It has to do with money.)

Even though it’s been reported that Ross has, indeed, signed on to direct the sequel and work on the script (which is being written by Oscar-winner Simon Beaufoy), it might not be so cut-and-dried. Some are saying that he may either pass on the sequel or get the boot, the same way Catherine Hardwicke was released from the Twilight saga after directing the first movie in that series. At the time, Hardwicke claimed she was let go due to “time constraints.” In this case, Ross, who is a bit of a bigger filmmaker than Lionsgate — which distributes mostly lower-budget movies than your typical Hollywood blockbuster — is used to, might be looking for more money the second time around. According to The Hollywood Reporter, the director took a pretty deep pay cut to both co-write (with series author Suzanne Collins and Billy Ray) and direct The Hunger Games and it wasn’t very easy to get him signed in the first place because of that. It sounds like Ross will need a great deal of convincing to get him on board for the second movie.

One thing working in his favor is the huge financial success of The Hunger Games — as of this writing, the critically-lauded movie has made over $373 million worldwide. Ross is getting a 5 percent of the backend from that. Not exactly something to sneeze at. But will it be enough for the Oscar-nominated writer/director whose career started with Big, led him to Pleasantville and Seabiscuit, and brought him to the behemoth that is The Hunger Games? Also worth mentioning: Hunger Games performed above and beyond Twilight and attracted both female and male audiences, plus it boasts an 85 percent “fresh” rating on Rotten Tomatoes (meaning that critics, as well as moviegoers, pretty much all loved it).

As for Lawrence, she is definitely signed on to reprise her role as Katniss Everdeen. Really, who else could play her at this point? But there is a timing question, and Fox might just have the upper hand. Lionsgate wants to get going on Catching Fire, but Fox is still planning their sequel to X-Men: First Class, in which Lawrence played Mystique. And both movies are really itching to get started; Lionsgate wants to start shooting in the fall. But Fox, apparently, has the most power over Lawrence in this situation.

But hey, at least we know there is basically no way that Catching Fire isn’t going to happen.