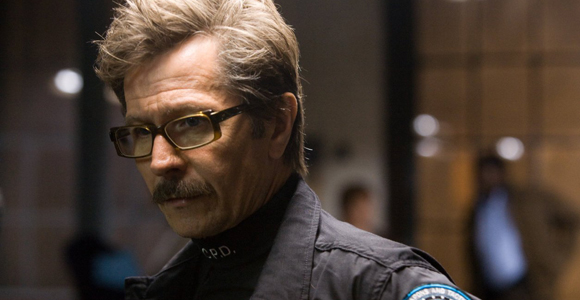 I can imagine nothing instills fear in actors quite like losing the script to a top-secret Hollywood blockbuster. Not to mention an upcoming Batman blockbuster. But that’s exactly what happened recently to actor Gary Oldman, who plays Comissioner Jim Gordon in the recent films.

Oldman has been in movies for 25 years but he just received his first Oscar nomination for Tinker Tailor Soldier Spy. On what was most likely a press junket for the film, the actor was asked by a CNN reporter about the time he misplaced his Batman script. They don’t specify but we’re assuming this was the script for the most recent film in the series, The Dark Knight Rises.

“You know in a hotel room, they sometimes fold the bed, they take that cover and they put it like so at the bottom of the [bed]? And I think [the script] wouldn’t go in the safe and I didn’t want to leave it in my bag so I put it in amongst the blankets and things. And I thought, ‘Well, I’ll just hide it there,'” he told them.

And then he forgot where he put it.

When asked what that felt like, the actor replied: “It’s panic. And mine was complete, so it had…because some scripts don’t have the ending, and some actors only got pages…so I had a whole, a complete script. I panicked for about twenty minutes.”

Poor guy! Fellow TDKR actor Michael Caine recently spoke about how tight-lipped the actors on the film need to be.

“On Batman you get shot if you speak about it. When you do one of the films it’s like signing the Official Secrets Act,” he told The Mirror. “The director Chris Nolan is the most secretive guy. The first time he came to me for Batman he came to my house in the country on a Sunday morning. I opened the door and he was standing there with a script. He said, ‘do you want to play the Butler?’ He stayed while I read it and took the script away. He wouldn’t trust me with it! But this one will ­definitely be the best ever.”