It's not flying cars, but it will do. For now. 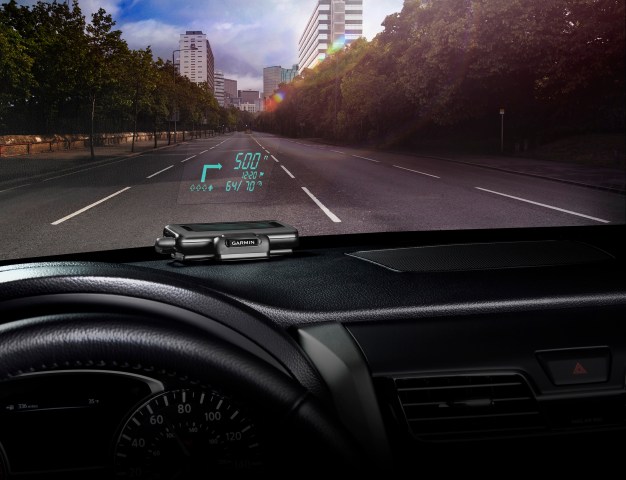 GPS navigation device and app maker Garmin has announced its first portable heads-up display for vehicle windshields. The heads-up display, known by the incredibly original name HUD, connects to smartphones running Garmin navigation apps and projects information on a transparent film on the windshield, enabling you to follow directions without holding your phone in front of you at all times.

A press release on Garmin’s blog introduced the HUD, which receives navigational information through Bluetooth from Garmin’s StreetPilot or Navigon apps and displays it on your windshield. While this isn’t the first heads-up display in existence, it’s portable rather than mounted on the car, so it won’t be limited to luxury vehicles loaded with added features.

The HUD promises a windshield display that’s simplified enough to follow while concentrating on driving but still contains detailed information, including what lane to be in and potential traffic on your route. It will also alert you if you’re going above the speed limit and show you which intersections have red-light cameras, but I have a feeling that those two features won’t mesh well.

While affordable and convenient compared to expensive cars with built-in navigation, the HUD is still a costly investment at $129.99 when it comes out this summer.

The HUD will have simultaneous voiced instructions, but devices like this could herald the decline of voiced GPS directions, which would be a shame. Sure, the standard voices are creepily robotic, but it was worth it to get Brian Blessed shouting “Drive, my Hawkmen! Drive!”

(Garmin via The Verge, image credit to Garmin)