Gargoyles‘ Demona Is the Perfect Complex Villain | The Mary Sue 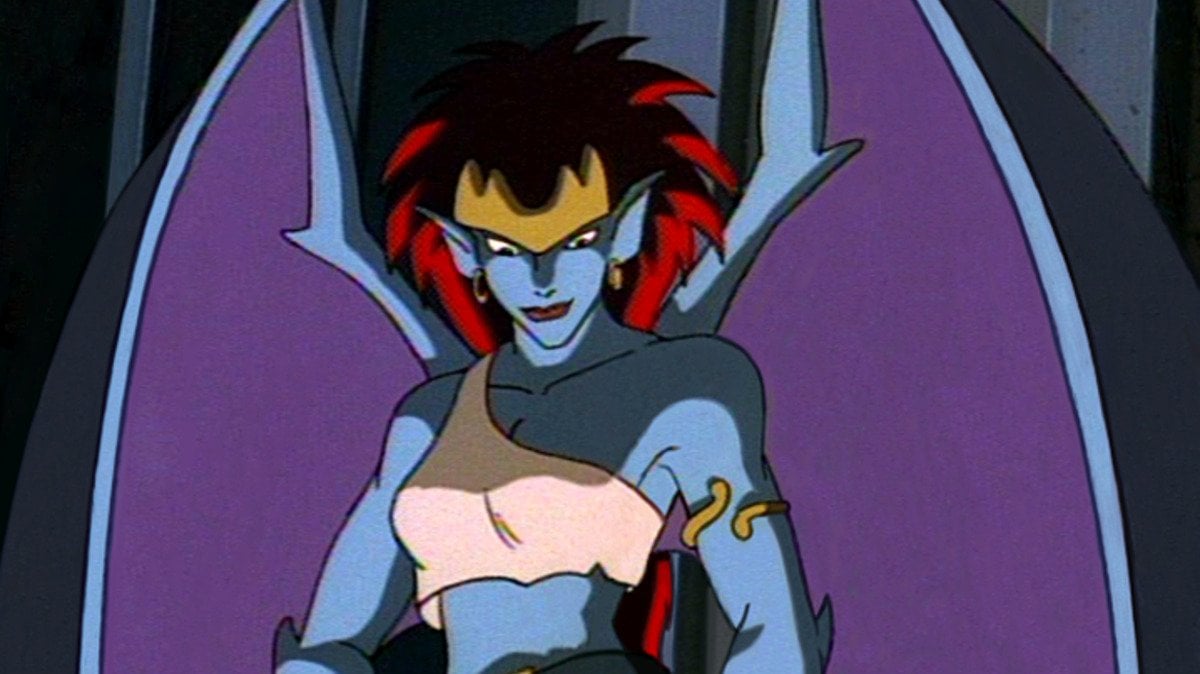 A great villain can make a series. A competent, entertaining foe for our heroes to face is an essential part of a successful show. But creating a great villain is hard. Oftentimes, villains are one-note and not nuanced, or they’re too evil and all we want is to see them defeated. But a great villain is one we can maybe sorta understand, who doesn’t see themself as a villain. Someone who is good at what they do and does it with style. That, my friends, perfectly describes Demona on Gargoyles.

Of all the series freshly available on Disney+, none is more unique and compelling than the ’90s cartoon Gargoyles. This show had literally everything. Monsters, robots, film noir homages, Shakespeare, fairies, time travel, mutants, and even the literal Loch Ness monster. It was amazing how Gargoyles mashed sci-fi and fantasy into a kid’s cartoon under the Disney umbrella, but it worked because the characters on Gargoyles were absolutely fantastic.

And the best characters on Gargoyles were the villains. Both Demona (voiced by Marina Sirtis) and the other primary antagonist of the series, Xanatos (Johnathan Frakes) were evil in a way that was so much fun to watch and even sometimes root for. They were great not just because most of them were voiced by Star Trek alums, but because they were smart, ruthless and so interesting. And sometimes, you understood where they were coming from.

Demona, in particular, is someone that I personally sympathized with a lot when I watched the series in its initial run on the Disney Afternoon when I was young, and who I still vibe with as I rewatch the series now on Disney+. For one, Gargoyles does have a Smurfette problem. All the main good Gargoyles are male until more than halfway into the series, so as a young girl watching the show, I was interested in and rooted for the only female Gargoyle, Demona, in part because didn’t have any other options. Sure, human heroine Elisa Maza was fantastic, but Demona could fly, do magic, was immortal, and her design was just completely awesome.

I mean, look at this babe. She’s strong, with defined muscles. She’s sharp and fiery, not just in her personality, but in her look. The woman knows how to accessorize, and she’s a founding member of the badass redheads of the ’90s club. She was both feminine and powerful, something we still don’t see very often, and her power was physical, mental, and magical. The whole package.

But more than that, Demona was sympathetic. I’m not saying that I agree with her methods or where she landed in her world view, but viewers could understand why she did what she did and felt what she felt. Demona was always defiant and ambitious, but centuries of human betrayal and seeing the worst in men radicalized her. She represented the ultimate form of cynicism about humanity, and sometimes it felt justified.

Demona’s backstory was revealed slowly over the series, with the answer to how and why she was immortal not coming until the four-episode “City of Stone” arc where we saw in flashback how she struggled both to survive and to overcome her defining character flaw: her failure to take personal responsibility for her actions. It was tragic and painful to watch, not just because of her suffering, but because it hurt to see this powerful, capable woman make the worst choices again and again. And to see how the result was nothing but loneliness and the need to inflict her pain on others.

Demona’s failures in terms of accountability didn’t just work as her tragic flaw, but also worked in contrast to the hero characters and helped define the moral center of the series. Goliath, her former love, was a perfect contrast with her, because he accepted accountability and was able to change. Demona was a great villain because she represented a flawed but seductive world-view built on cynicism and blame and always lost out to heroes who had hope.

Oftentimes the problem with great, sympathetic villains on television (and sometimes in movies, but less so) is that they are so sympathetic and charismatic that defeating them doesn’t feel right. The audience likes them so much that creators keep them around and these villains ultimately join the hero’s side and are set on a path to redemption. This is an incredibly tricky thing to do without making the villain toothless or letting them off the hook for their crimes.

But, amazingly, Gargoyles never falls into that trap. It manages to keep Demona in focus without her ever losing her edge. That may have changed had the series continued past the three seasons we got on television (only two were part of the Disney Afternoon). The introduction of her daughter with Goliath, Angela, was the potential start of a redemptive arc for Demona, but it never came to fruition.

Still, Demona is a great example of a villain that is so much fun to watch and even kinda fun to root for. She was an icon of so many childhoods because she was complicated, powerful, badass, and fun. Her complexity is a not just a perfect example fo why Gargoyles was such a great show, but a model for any other creator looking to build a villain that take their show and their heroes to new heights.