Become immersed in a world of infinite Mondays. 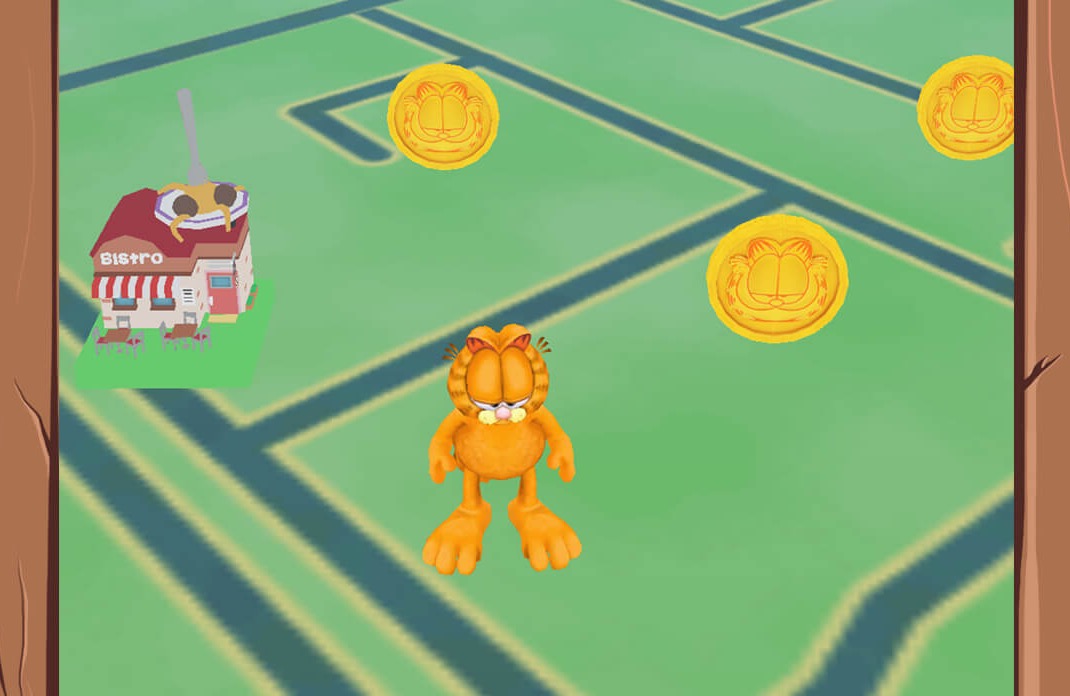 After the breakout success of Pokémon GO last summer, the copycat reaction seemed remarkably restrained, though some certainly tried. As far as other notable brands trying to jump in with a clone game—whether because they understood the folly of trying or because of GO’s own quick decline in popularity—we weren’t really subjected to a major “me too” rush of clones. But now, we have Garfield Go.

Er, sorry, Garfield GO—yes, on its own website, this game’s name is even stylized in the same way as the Pokémon original. I’m frankly surprised they didn’t just go all the way to Garfiéld GO. And yes, everything else about it is a shameless ripoff, as well, to the point that it almost seems that it has to be deliberately, sadistically crafted to highlight the shortcomings of the GO game formula. The problem with the orange cat-themed version is immediately, painfully obvious: Pokémon GO’s actual gameplay was never very compelling to begin with, and I say that as someone who plays and enjoys it to this day.

That’s why Niantic, the original’s developer, is adding more cooperative gameplay features this summer in an effort to spice things up. That might help, but largely, Pokémon GO survives on the brand recognition Pokémon has built up over the years. Garfield may be an easily recognizable character, but Pokémon GO capitalized on fans’ desire to feel like they had truly entered the world of Pokémon in a way the standard games could never convey—even if they were better games.

There aren’t exactly hordes of fans just waiting around for the fulfillment of the promise of entering a world where you’re constantly hungry and Mondays are horrible. We already live in that world, and it sucks. Like Pokémon GO, you’re tasked with walking around the real world to collect things, but rather than Pokémon that you can level up, heartlessly grind into candy, and do battle with, your reward is … Garfield comic panels (or real gift cards if you’re extremely lucky, which is little consolation).

So it’s like an AR version of walking to the book store to buy a Garfield book, except the books are all torn up and kept in many separate stores, and collecting them involves you essentially playing Jon Arbuckle to the digital Garfield. No one wants to play Jon Arbuckle. This generally involves feeding Garfield and keeping him company for little reward of your own—and outright hostility, as Garfield only gives you three tries to feed him in the Pokéball-esque mini-game, required to earn your rewards, before forcing you to walk to a new location.

Speaking of Jon’s terrible life, the absurdity of the individual comic panels, stripped of context, made me think of Garfield Minus Garfield, which is just as bleak as Garfield GO but intentionally so and way more fun.